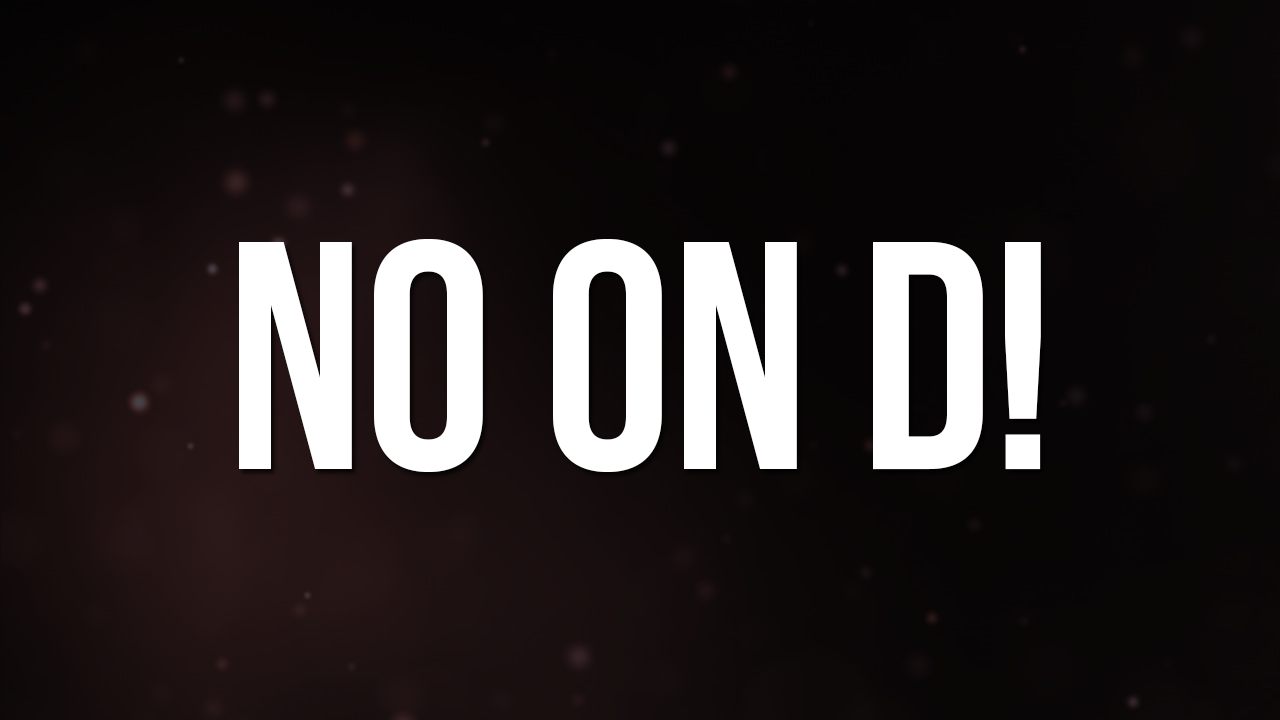 This June, no proposition is more important to the civil liberties of Irvine residents than Measure D.  In a basic assault on our citizens’ rights, our Mayor and the OC Taxpayers Association (supported by the Irvine Company and Five Point) have put the developers’ interest above that of Irvine residents.  The title says it all – PROHIBITING VOTER APPROVAL REQUIREMENTS.

Let’s look at the measure and the arguments of its proponents:

In other words, it might be a net benefit to Irvine’s developers but a major problem for Irvine’s residents.

“The proposed Charter amendment would not restrict the power of referendum over individual project approvals, as otherwise allowed by state law and/or the Irvine City Charter.”

However, in that same analysis the sentence before states the following:

“the proposed Charter amendment measure would add Section 1009 to the Irvine City Charter to prohibit the imposition of voter approval requirements on projects that obtain City approvals, so long as the project provides specified fiscal benefits.”

Confusing? The title provided by the Impartial Analysis says it all about the intention:

This is a qualitative statement – not a quantitative one. How much must they be investing? $1,000,000 can be investing but so can $100 or $1. Does this investment need to make up for the increased crowding from development projects so that the quality of life of existing residents is not negatively affected?

The elections in Irvine to the Council are sadly determined by who has more money – to do the necessary advertising via mailers, fliers, yard signs. Who has that money? Developers like the Irvine Company.

It is not a coincidence that every community development project no matter its size or potential effect on traffic has been approved by the City Council despite the unaddressed and growing congestion problems in our city.

It just so happens our Council Members receive the majority of donations from the development community and if they receive such donations DO NOT have to recuse themselves from voting on those development projects.

Why are Irvine Citizen Petitions Needed for Development Projects?

These are needed because our City Council and Planning Commission are not doing their job in terms of managing the pace of building, and there are other potential building projects that might occur that would lead to even more congestion problems.

The remodel is to be done by the Irvine Company and was approved by our city’s Planning Commission.

In other words, the priority of the Council and the Planning Commission does not appear to be the quality of life for Irvine residents but simply the approval of building projects with as little inconvenience as possible. We need more citizen oversight.

Located near UC Irvine, a 147-acre golf course is up for sale. Many residents are fearful that this could be turned into hundreds of homes. Currently, only 47 additional homes would be allowed under current zoning, but this can become the hundreds feared. All that is needed is City Council approval.