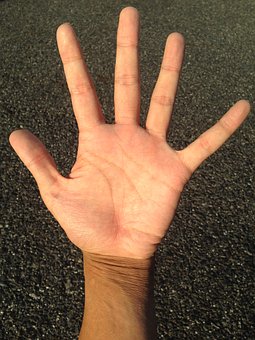 “I supported Measure B because I believed it…it would reduce traffic congestion by restricting future development at the strawberry fields.”

A person might argue that she could not work on measure D because her time was spent instead on measure B. On this measure, she mobilized her supporters including her spouse. She also posted on Nextdoor in support of the measure. (During the campaign, I wrote a thread that was more objective on measure B than other threads, and it was deleted by the neighborhood lead Dawn Antis – who was appointed to the Child Care Committee by Councilwoman Fox. I was also removed from Nextdoor for over two weeks.)

Was measure B worth so much attention by a person so adamantly opposed to traffic congestion, runaway development and developers?

B was a choice between two alternative sites for the veterans’ cemetery and thereby housing construction. By supporting B, it is true we would not have seen development in the strawberry fields near the Interchange of the I-5 and I-405. But then the development would be next to Irvine Boulevard between Alton Parkway and Ridge Valley. How would having less housing construction near that interchange on the very edge of Irvine (Yes on B) be better for traffic and development than having less construction at the ARDA site which is deeper inside Irvine (No on B)? Please note that if measure B had passed, the development company Five Point would have received 125 acres of land for only $4 million or about $30,000 an acre – in Irvine!

“As your Irvine City Councilmember, I will fight to ensure that the public interest – in preventing over-development, over-crowded schools, and traffic congestion, and in preserving the character of our communities – comes before the private interests of developers, no matter how big and powerful those developers may be.”

Given her stand against the IRG movement, her voting record, her receipt of donations from developers, her lack of effort on opposing measure D, and her wholehearted support of measure B, I politely disagree with her conclusions and her entire statement. Instead of a true representation, I believe the statement of placing Irvine residents’ quality of life above developers’ interests is merely eloquent rhetoric. Her statement does not reflect what really matters in understanding a politician’s views and motives: her actions. They speak much louder and clearer than her words.

Thank you for attention.  Hope you have found this insightful.