Council Members Can Lie on the Dais? An Expose. 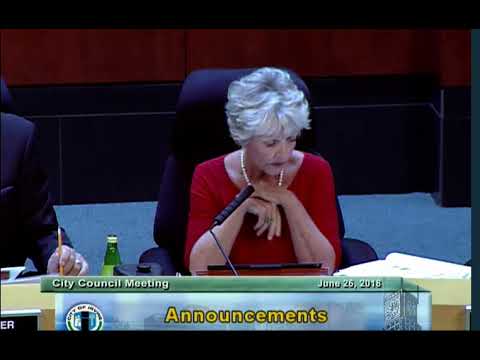 Is there a Truth Double Standard From the Council Dais?

At the last Council meeting on 26th June, the Mayor opened the meeting with the National Anthem and invocation as normal which is followed by announcements.  Typically, this is where Councilmember Schott showcases her work with the Barclay Theater or other good will announcements.  At this meeting however, Councilmember Shea chose disparage residents and to falsely accuse council member Schott and an Irvine citizen Jeanne Baran of filing a complaint with the FPPC.

Let’s provide some context for an FPPC complaint. The FPPC promotes civic engagement by promoting the fairness and integrity of California’s political process. An FPPC complaint is a form that is completed online by the individual that has a concern with the political activities of elected officials.  It is a part of our democratic process and right that we, as citizens have to ensure that we feel represented – truth to power.  In short, it is an arrow in our quiver of our democratic rights.  Within this form, the filer is asked to provide the names of people who they believe to be witnesses to the activity in question.  NOTE:  These people may or may not have been consulted when adding their names to the witness list NOR are these folks considered the filers of the complaint.  However, Councilmember Shea falsely accused both Ms. Barran and Councilmember Schott (Ref. the video) without any interruption or correction from the City Attorney or the Mayor.  She has enlisted the assistance in the perpetuation of this misinformation from one of her commissioners (Allan Bartlett) who also publicly accused Ms. Baran and Councilwoman Schott.  See the post below responding to Shea’s commissioner.

As for Dee Fox – the actual filer of the FPPC complaint, Shea also publicly accused her on Social media of using an alias name, which is false. The name Shea stated was, Rosenblum. Ms. Dee Fox recently got married and her last name is now Roseberry.  So, again, the name Shea mentions is a false claim and again is allowed to be perpetuated from the Council dais.

Later in the video, Councilmember Shea makes two additional false statements.  First, she claimed that the Irvine for Responsible Growth Initiative was a “no growth” initiative continuing to parrot the sentiments of her campaign funders that did not want to yield any voting power to the electorate or consider public input to the development process.  There was absolutely nothing in the initiative that stated “no growth”.  The initiative wanted to include the voter’s voices in a development process that has been biased by PAC donations.  The second false claim was that her rationale for immediately sending out the notice about the initiative was that the “public” needed to know about the initiative and she was within her right to immediately forward the text of the initiative when it was still under city review.  Let’s break this down quickly as well.  The complaint was regarding that “segment” of the public that this initiative was notified.  Did she post it on her Facebook page or Social Media? No.  Did she take to NextDoor with a copy of the initiative? No.  She sent it to 2 people. Two.  Who were they?  Patrick Strader from 5 Point and Paul Hernandez from Irvine Company.  Reference the email by clicking the link here.  We submit that Councilwoman Shea wasn’t alerting “the public” but a super-tiny micro-segment of those people who hold the keys to her political career and has thus made an additional false claim.

Irvine Watch Dog is shocked and surprised that Councilmember Shea did not educate herself more fully before speaking from the dais.  In a city where the citizens are routinely suppressed and representative democracy seems to be a complete afterthought, the citizenry has every right to use the tools that are available to them to ensure a fair and representative democratic process. It is beyond troubling that our Council is able to be held to a much lower standard of integrity when they are supposed to be the purveyors of truth in government (oxymoron perhaps?)  It also calls into question any other claims that Councilmember Shea has made from the dais.

For the elected officials to use the dais to falsely accuse other Councilmembers and its residents shows a serious lack of integrity and one that should be called out by our Mayor and deserves an apology from Councilwoman Shea for berating and lambasting voters and other elected officials. I for one, am not holding my breath.