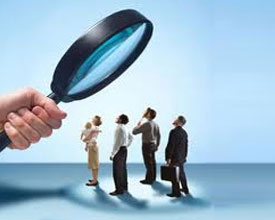 The position of City Manager cannot and should not be taken lightly.  It is a position of vital importance in any city.  While this is an appointed position, would it be appropriate to hold a public debate style interview of the final candidates to alleviate any concerns with the potential choice?  Would be a great opportunity for outreach from our currently elected officials.

Below is a letter submitted into our Council by a member of the Watchdog Community voicing his concerns over the current choice.

DISCLAIMER: Mr. Russo has NOT been found guilty of or liable for any wrongdoing now, but he HAS BEEN FIRED as Riverside’s City Manager, and he HAS BEEN NAMED as the subject of very disturbing and disconcerting allegations of very substantial and serious misconduct and wrongdoing.

From: Steve Berger
To: MayorDonaldWagner <donaldwagner@cityofirvine.org>; MayorProTemChristinaShea <christinashea@cityofirvine.org>; CouncilmemberJeffreyLalloway <jeffreylalloway@cityofirvine.org>; CouncilmemberLynnSchott <lynnschott@cityofirvine.org>; CouncilmemberMelissaFox <melissafox@cityofirvine.org>
Sent: Tuesday, July 10, 2018, 4:20:22 AM PDT
Subject: John A. Russo Lawsuits–the July 10, 2018 Vote on Mr. Russo as Irvine City Manager should be tabled and deferred AT A MINIMUM
Mayor Wagner, Mayor Pro Tem Shea, and Council Members Fox, Lalloway, and Schott,
As a concerned citizen, and a long time resident of Irvine (since 1979), I am writing to urge each of you, and especially the 3 vote majority of Mayor Wagner, Mayor Pro Tem Shea, and Councilmember Fox, to take note of the attached lawsuits against Mr. Russo in Riverside County, where Mr. Russo was just terminated as the City Manager of Riverside amidst serious charges of substantial financial and other misconduct.
(At tonight’s Council Meeting, I will have highlighted copies of the attached lawsuits for each of you, and for Mr. Melching, our Irvine City Attorney.)
I do not understand how Mr. Russo can possibly be considered at all as our new Irvine City Manager, and how a vote to approve him as our new Irvine City Manager is scheduled for tonight’s City Council Meeting, with all of the mind-boggling allegations of wrongdoing and misconduct swirling around Mr. Russo as he involuntarily departs his last job as City Manager of Riverside in utter shame and disgrace, and with hefty and substantial monetary payments from RIVERSIDE PUBLIC FUNDS.
Our beautiful City of Irvine is a shining jewel and exemplar of municipal success, a thriving City of safety, progress, and a very high quality of life for its citizens, and if Mr. Russo is the best candidate available as our new City Manager, then all of you as our City Council, and especially the 3-vote majority, has a mammoth amount of explaining to do to all of the citizens of Irvine.
The scheduled July 10, 2018 vote on Mr. Russo to become our new Irvine City Manager should either be tabled and deferred AT A MINIMUM, and absent that, Mr. Russo should NOT BE APPROVED as our new Irvine City Manager.
Thank you.
Steve Berger