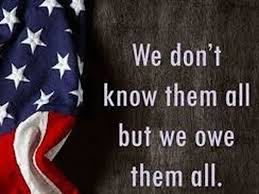 In California, we have long been compassionate with the predicament surrounding illegal immigrants. We have always welcomed those that have bypassed the “system” for those looking to live the American dream, despite the fact that laws have been broken by entering the country without permission. On the surface, it appears that we go out of our way to facilitate the illegal immigrants and to make it more difficult for the people tasked with protecting our borders to uphold the law.

As those of us who actually care about the integrity of this nation and its laws criticize this behavior, we often ask “why can’t we help Americans first?” But this position, while noble, is vague. Who are these Americans? Don’t we have anything to offer but an appeal to faceless, nebulous countrymen who supposedly deserve our attention more than those who have bypassed the system?

Even one homeless veteran is too many, but the problem is much worse than that, and it’s especially bad in California. While across the country, we

suffer the humanitarian disaster and national embarrassment of some 40,000 ex-military people living on the streets, the Golden States gets the dubious honor of claiming over a quarter of that all for itself: about 11,000 of the country’s best and  finest military homeless are within our state borders.

On the whole, very little is done to help these heroes, though we do find ample opportunity to slap them collectively across the face for their service. As one single example, for the past twenty or so years, those of us who feel beholden to these patriots for their service to humankind have been pushing hard to build a cemetery at the once military base, El Toro in Irvine CA. To honor and lay to rest our fallen brothers and sisters – and it is the least we can possibly do. Nevertheless, state and local government has found no motivation to make this happen, promises elude the local government politicians only to be sidestepped by a developer filling the pockets of those politicians to keep building multi-million dollar homes on this holy ground.

Instead these politicians methodically scheme with the developers to advance other projects and build other things where the cemetery would (and should) have stood. Along with the famous “watchtower” that had been installed to watch over Americans toil to maintain El Toro Marine Corps Air Station. The watchtower was manned around the clock. No one was spared the hardship or the fear of the war. The runway at the El Toro base happened to be aligned with warehouses that supplied and housed food production, the warehouses would have been a prime target for enemy aircraft, but were even more so with the close proximity of the air base. So, the famous watch tower for enemy aircraft was installed it was manned around the clock by Irvine Company employees during six, four-hour shifts. It was mentioned recently during a forum that this watchtower should remain as a reminder and used as a hallowed place to “watch” over veterans as they sleep.

Let us ask ourselves: why would we ever do this? Alternatively, more to the point, what could possibly be more important than our dead patriot soldiers, who gave so much?

To refuse to give our fallen warriors the honor they so richly deserve is nothing less than an explicit insult to those veterans who survive, especially the ones who languish on the streets of California fighting a different war than the one they faced for us. Now they battle heat, cold, hunger, disease, and – to a heartbreaking degree – drug addiction to help them numb their pain.

It’s nothing new, unfortunately. This country can’t seem to get its act together when it comes to caring for veterans. After all, as far back as the 1920s, returning soldiers from WWI faced poverty and homelessness when they were denied their well-earned pensions in the midst of the Great Depression. They conglomerated and lived in collections of hovels called “Hoovervilles”, after Herbert Hoover, the president who wouldn’t pay them what they had earned in battle. Well, actually, they only lived in those slums for a short time. Hoover, eventually, in a veritable supernova of crushing irony, deployed the military to force them out.

Is it acceptable for us to treat our veterans like this, then or now? Is it moral? Is it right? But, perhaps we ought not even ask such questions. Perhaps we simply don’t have the luxury of caring for the people who nearly died for us. After all, there is a fresh wave of illegal immigrants crossing our border without permission, and we cannot have them being apprehended for breaking our laws.

On the other hand, our returning veterans are not ones to ask for assistance, they never have. Their voices remain quiet in their quest to readjust to pre-deployment life, while others roar for their assumption of privilege over our  American heroes and Patriots.  Whether our military Veterans troubles spring from pride, injury, PTSD or inability to seek moral and just means to transition from a warrior to a civilian, “Priorities”.

Author Bio:  An experienced public servant and a self-made woman, Katherine Daigle combines informed administrative planning with a respect for the dignity and independent working spirit of the American citizen. Firmly believing that the surest path to success is freedom to the greatest extent possible from government interference because that is what led to her own success. She advocates low taxes and strict limits on the regulations and bureaucracy that impede people from performing at their best. She has served in numerous private and public positions during her distinguished career. The bold spirit that defines her ambitions and accomplishments is conveyed in her personal motto: Move America Forward. You can visit her via twitter: @katherindaigle or FaceBook: Daigle CaliforniaStateAssembly74District or Campaign site: katherinedaigle.com