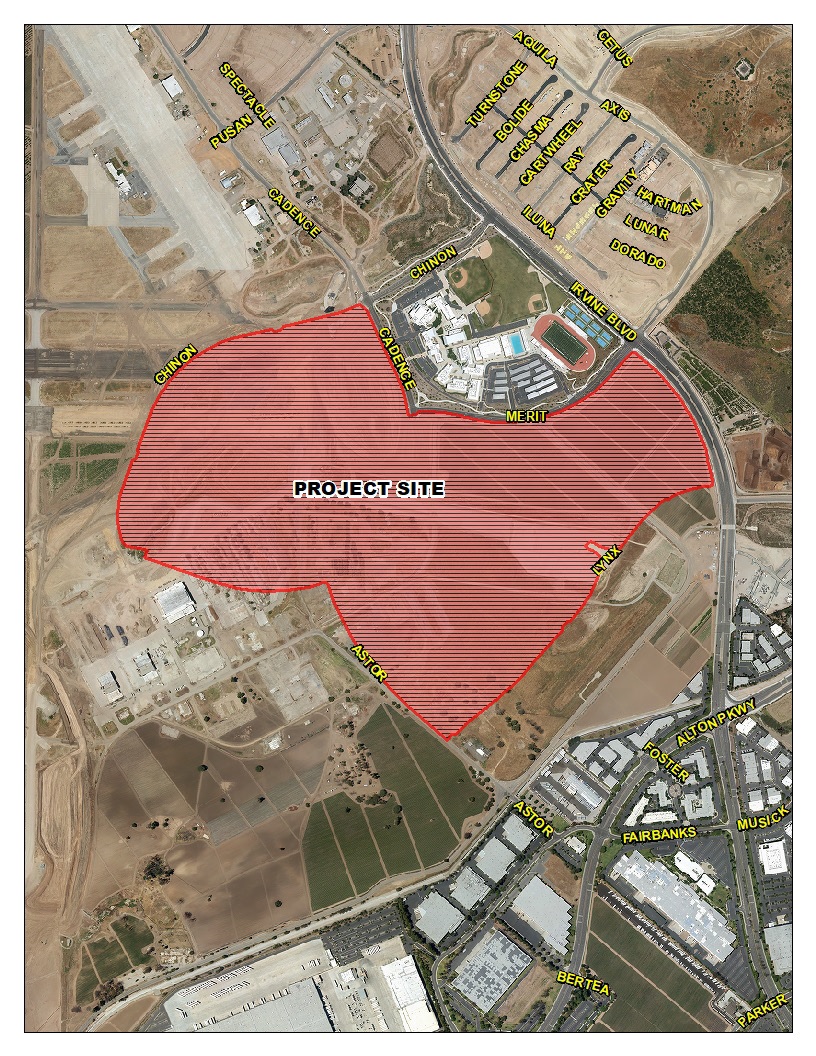 The borders of subdivision map 18165 are Irvine boulevard to the north, Chinon to the west, Aster and Marine Way to the south, Lynx and the Wildlife Corridor to the east. Also, Portola High School is adjacent to the northern border, and the interim amphitheater is in District 6.

If FivePoint is granted approval of subdivision map 18165, FivePoint would be entitled to develop the following in District 5 and part of District 6 of the Great Park:

In addition, the project density will be 10.3 dwelling units per acre.

FivePoint currently has entitlement to build 9,500 homes in the Great Park.** The City Council has already approved plans for 5,596 of these 9,500 homes as well as given approval for some commercial, park, and school development. If the City Council approves subdivision map 18165, that will bring approved residential home development in the Great Park to 7,376 homes, which is still below Five Points’ entitlement of 9,500 homes.

So how can these homes be built in a way that will provide a good quality of life for future residents as well as Irvine’s current residents? How can the traffic increase be kept to a minimum? And since a safe city must also be a healthy city, how can pollution and the resulting health problems be kept to a minimum? Does the proposed layout for the new development help residents get to the places they will need to by means other than cars? This characteristic will be essential for keeping traffic and pollution down–and current residents happy.

The City staff report covers these issues and concludes these issues are adequately addressed. But are they? Or is an approach to development bolder than the status quo approach needed in Irvine? Or put another way: When it comes to its approach to development, does the City of Innovation need to take another step on the ladder of innovation–something that is more than tweaks to traffic lights and widening roads? And one final question I don’t think the staff report answers: Will these new homes cost so much that those currently working in Irvine cannot afford them?

As time permits, I will write about these things in future posts. In the meantime, what is your opinion?

** At the end of the all-night, packed, and contentious  city council meeting of November 26, 2013, the City Council entitled FivePoint to develop a total of 9,500 Great Park residential units. This vote gave FivePoint the entitlement to build approximately twice as many homes as it had previously been entitled to build in the Great Park. In return, Five Points committed to paying for certain features in the public portion of the Great Park. The vote was 3-2. Choi, Shea, Lalloway voting Yes. Agran and Krom voting No.