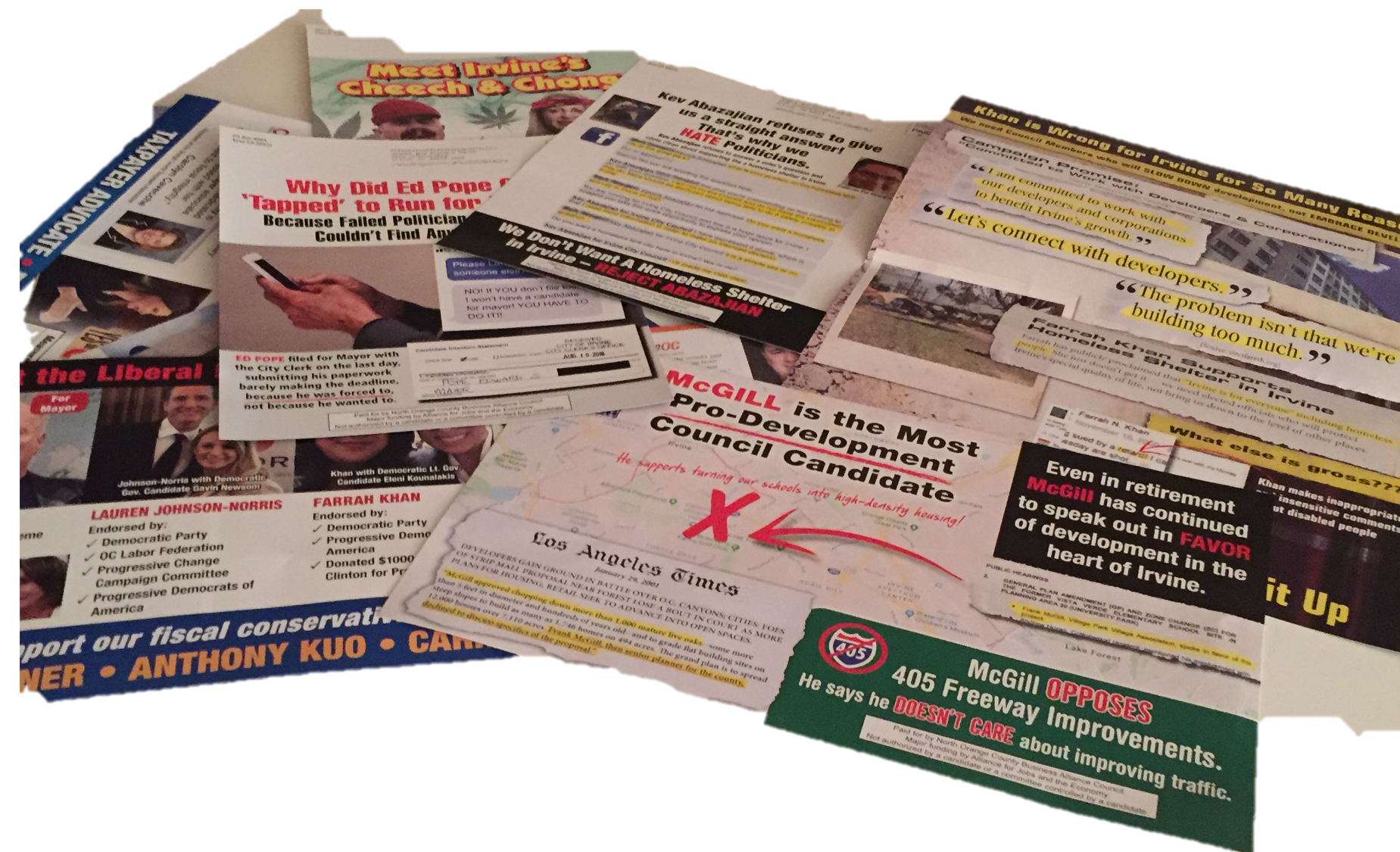 The most recent infusion of cash was reported last week for the Irvine City Council and Mayoral races. Irvine Watchdog has continued to keep track of the ever growing spiderweb of PAC money largely funded by the real estate and development community to a select few candidates they hope will do their bidding in their upcoming terms. The primary beneficiaries of this money are:

Much of this money has gone to the slate mailers and digital advertisements on social media and even late night television. In addition to this promotional material, many of the same organizations have been contributing to the negative attack pieces that fight for the ever diminishing space in crowded Irvine mailboxes. The negative expenditures are still being tallied but have most certainly exceeded $200,000.

Irvine Watchdog has published a voter’s guide of candidate stances on various important issues in our city. We encourage you to disregard the mailers and make informed choices on November 6th!

*Updated 30 October.  The original featured image inaccurately associated one of Carrie O’Malley’s flyers with PAC money.  The particular flyer was paid for by her own campaigns funds and not by a PAC.  Irvine Watchdog regrets the error.