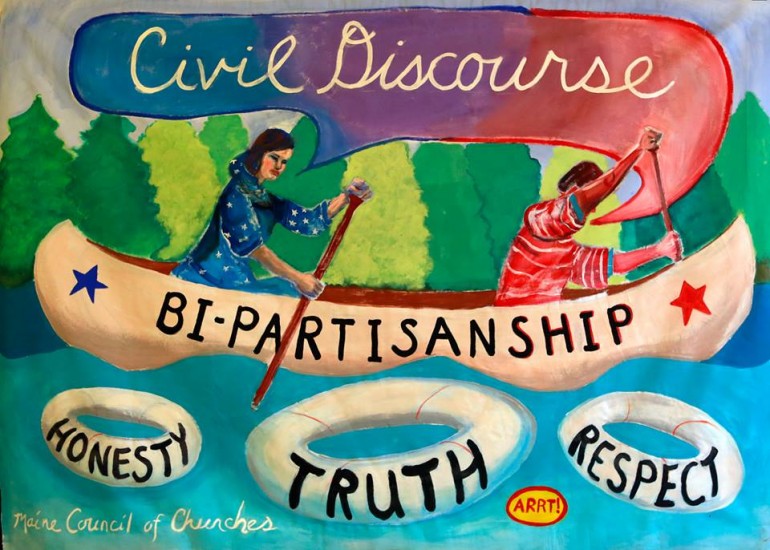 The nasty mailers cluttering up our mail boxes are an insult to the intelligent, educated and concerned citizenry of Irvine.

Yes, PAC’s seem to think we will accept what they say as truth.

Mud-slinging has always been around in American politics but it has increased.

It has also morphed into different types of campaigns. The number of negative ads in the “Yes on B” campaign was amazing. Near the end, we had 2 to 3 expensive mailers arriving per day. In that example, it didn’t work as the Yes group received 37% and “No on B” received 63%. Perhaps, Irvine residents are getting tired of slick mailers with lies.

What happened to debating qualifications and policies? It’s fine to have differences of opinion but when we leave points of view behind and rely primarily on nasty, ugly attacks, we have drifted out of any kind of healthy debate into the fallacy known as ad-hominem attacks. These liars don’t want to debate the qualifications of their opponents or the policies that the other candidates hold. They just say idiotic, untrue things and think we’ll accept them.

I love to listen to the “other side” of an argument IF it is presented in a rational, logical manner. As a former college communication teacher, speech/debate coach and teacher of critical thinking, I grieve the loss of logical and intelligent discourse. There is nothing more fulfilling to see than a superior academic or professional debate where both sides present their rational reasons & well researched evidence and refute the reasons and evidence of the other side. I have judged final rounds at the national tournaments (high school and college) and been impressed and thrilled to see the debate take place, the outcome become clear, and the opponents shake hands at the end. At one time, local politics was more like that than it is today. We have had a severe decline in civic discourse.

Why have we had this decline of civic discourse? And, why have the negative attack ads increased?

In January 2010, the Supreme Court released the Citizens United decision that put a nail in the coffin of civility and logical debate. Basically, the Court said that corporations and labor unions can spend as much as they want to elect or defeat a candidate. Since then we have moved from hundreds of millions being spent on the federal level to those amounts being spent on the State, County and local levels.

Today, less than a decade since the Citizens United decision, $1million was spent on Don Wagner in 2016 and it is happening again in 2018.

Many of us say we don’t like this ugliness.

We could talk for hours about the effects of the unbelievable amounts of money  being spent even at the local level. We can start with some important questions:

I wish I could say that mud-slinging in politics will end. Unfortunately, it seems to get worse every election.

The solution, then, seems to be an individual one. It has to do with our reactions and actions to the negativity. Perhaps, we could work towards increasing our personal immunity to it by decreasing the importance of the mailers in our minds and even ignoring them altogether.

And, we can monitor our own research and decision making. To begin with, we have an election in just over a week. I encourage every Irvine citizen to be very critical of what is being sent to you. Avoid the temptation to think, “Oh, I couldn’t vote for her. Look what she has done!” Don’t take what you read or see as truth. Chances are it isn’t truthful at all. Chances are it is half-truths or downright lies. Ask questions, especially about who is producing these nasty mailers and other campaign materials and how much they have spent on them. Do your own research. Make your decisions on what you find out – not from PACs with ulterior motives – but from what you read in objective sources.

Ignore this expensive rubbish. We are intelligent, educated and concerned citizens and we deserve better. Until we get better, put the rubbish mailers where they belong – in the garbage can.

Carolyn is a retired Irvine teacher. She taught at virtually every grade level, from K-12, as well as community college. She served as President of the Community College Association from 2005-2007.