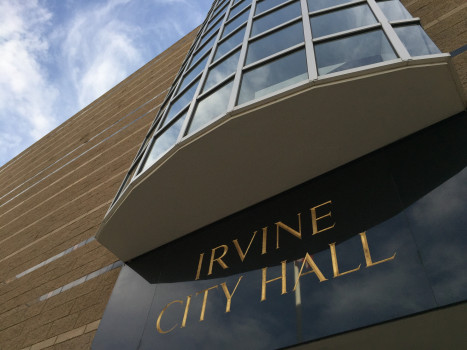 Mayor Wagner announced that the city has been working on his top priority project of improving traffic safety and awareness with regards to automobile, bicycle and pedestrian traffic

Irvine has developed a program of creating safer streets and crosswalks around schools and throughout the city.  A school and community traffic safety education program has been established. New crosswalks are being created, more school crossing guards have been posted around schools, and landscaping changes are being made to increase safety for children walking to school. Police have increased ticketing for traffic violations.

Kuo stated that his plan is to educate himself about places and organizations, including non-profit organizations, that are located in Irvine by visiting at least 100 sites per year. Kuo reported on the locations that he has already visited since being elected to the City Council.

Council Member Shea presented her proposal to amend the standard provisions city contracts to prohibit city contractors from employing city officials, be they elected or appointed

Shea stated that the city has a clean-up issue that must be addressed, and this can be done by expanding transparency in city policies and operations.  Shea stated that the purpose of the contract modification is to preclude City Council members from working as paid consultants of contractors that work for the city.  Shea revealed that it was Jeffrey Lalloway, a past city council member, that provided consultation services for a major city contractor.

Khan stated that she is in favor of clarifying contract provisions, but there is a need to move forward to provide more transparency.