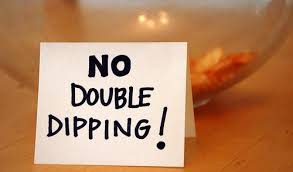 FivePoint requests approval for an additional 1,056 market rate housing units for a total of 10,556 in the Great Park Neighborhoods.


Last night (3/5/19) the Irvine Transportation Commission unanimously approved (5-0) the FivePoint traffic evaluation (not the same as a study or analysis) for the proposed 1,056 additional housing units in the Great Park Neighborhoods. It was approved with very little discussion on traffic impact and roadway infrastructure capacity. Commissioner Montgomery summed it up well, “I don’t think we can do anything else but move on with the traffic study and accept it.  I reviewed it and it is consistent with the City’s adopted performance criteria.” Commissioner Greenberg said he wasn’t crazy about it “but we don’t have a choice.”

FivePoint believes their project should receive this additional “bonus” while using the same affordable units that have already qualified the project for a state density bonus. Some people call that “double dipping.”

FivePoint is asking the City for approval to amend the Master Affordable Housing Plan (MAHP), for the Great Park Neighborhoods and add 1,056 more market rate housing units above the already approved 9,500 homes. This request does not change the number (1,056) of affordable units FivePoint is required to build by law.

FivePoint was already entitled to build more units (2,463 market rate) above the density cap as an incentive for meeting the state law’s requirement to build affordable housing in their development. FivePoint is now seeking additional incentives (1,065 additional market rate units) by asking the City to use discretionary powers and amend the Density Bonus Allowance for more bonus units.

FivePoint’s proposal will go before the Planning Commission on Thursday, March 7, at 5:30PM.  The Planning Commission will consider an amendment to an associated Density Bonus Agreement (DBA). The DBA is the legal contract between the City and developer implementing the provisions of the MAHP.

Please attend the Planning Commission meeting before it goes to the City Council.