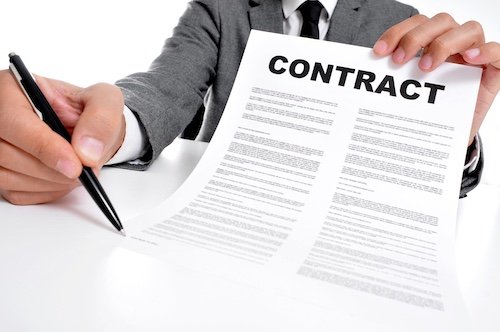 When Heritage Fields entered into the development contract with the city of Irvine in 2010, Heritage Fields got contract approval for 1,056 affordable housing units by means of the State Density Bonus designation process which allows the units not to be counted towards the density cap of 9,500 residential units.  Heritage Fields now petitioned to have the same units retroactively declared as Additive Units under city policy and under the terms of Irvine’s General Plan. This results in Heritage Fields being able to build 1,056 more market rate housing units which do count towards the 9,500 density cap. The additive designation serves to increase the term of affordability from between 35 and 55 years to “in perpetuity”.

Staff report by Sherman Jones:
This is the 4th amendment of the Heritage Field’s Master Affordable Housing Plan (MAHP).  Heritage Fields plans to designate as retroactive and prospectively additive 1056 affordable non-profit housing units that have already been designated as density bonus units according to California State law. This will allow the construction of 1056 market rate units. The Traffic Study report and the Environmental Impact Report (EIR) which analyzed the impacts of the project on traffic, noise and infrastructure showed no significant impact. Staff recommends approval of Heritage Field’s requested amendment.

Pierson stated that the city has the obligation to live up to the terms of the contract with Heritage Fields for this Area 51 Great Park Project. He said that future project applications can only be denied or altered if it is found that project plans have a negative environmental or infrastructure impact that requires mitigation.  According to Pierson, the additional 1,056 market rate units will provide a “windfall” income to both the developer and the city via Mello Roos taxes.

Nirschl asked what infrastructure was evaluated.  Staff reported that impact on Police and fire services, recreation, schools, traffic, and libraries were evaluated.

Carroll stated that he was concerned about the County’s development plans because the Commissioners need to understand them in order to evaluate applications that they are presented with.  Carroll reported that as the request is consistent with the contract that the city entered into, the city is committed to approving it. Carroll reported that he thinks that the city needs to amend the General Plan, general contract terms and policies in order to disallow Retroactive density designation and to disallow units having both additive and Density Bonus Designation. Carroll asks that the planning commission ask the city council to address this.

Huang said that this is the 2nd time that both density bonus and additive density have been applied for, but the first application was withdrawn. Huan stated that he believes that the city should make a policy that limits how far back after the original contract is signed a developer can request that project residential units be designated as Density Bonus or Additive units. Huan asked Strader if the public was consulted with regards to the plans for the 1,056 market rate units.  Strader stated that the HOAs were notified and that the HOAs were communicating with the applicant. Huan said that he has concerns about the precedent but the city has to live up to the contract provisions.

Nirschl asked staff if the impact reports are based on statistical formulas or upon the design of the residences.  Staff stated that the reports are made my 3rd parties hired by the developer and the staff reviews the reports.  According to staff the city enters into an agreement with the applicant as to what the studies will evaluate. Staff further reported that it is the right of the commission to review the findings of the studies to determine whether or not they agree with the findings of the studies.

Smith said that he is upset with the county plans and that he is very opposed to other entities controlling Irvine’s land and thereby screwing up Irvine’s general plan and master plan. Smith reported that like it or not, the commission’s findings must uphold the terms of the city’s contracts.  It was decided that the commission would move to approve the applicant’s request, and, in a separate motion, move to recommend that the city council review the city contract policy regarding Density Bonus and Additive Density.

Commissioner Pierson said that public comment is very valuable.  Commissions have the power to recommend changes to city policy, the general plan provisions, and to the general contract provisions. The public can inspire changes that will affect future development projects.  He further reported that commissioners have the power to disagree with the results of impact reports that are presented to their commission and asked that the public continue to speak out about their concerns in order to help the commission guide the city council on changes that need to be made.

He encourages the public to stay involved.