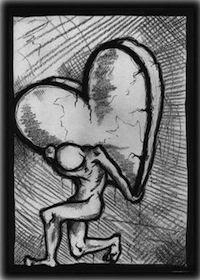 OCTA Staff report stated that the long range plan is to comply with the Federal standard of traffic flowing at 40 miles per hour or greater.

OCTA plans to do so by:

Irvine has improved their response to disaster events such as heat, storm, wind, fire and flooding. The goal is to protect lives and the economy.  There is an emergency plan for upcoming weather events which is implemented from 5 days prior to the event. The plan includes emergency radio, TV and phone alerts.

The Homeless Population is Ballooning!

Presentation by the Illumination Foundation, a non-profit that provides housing for homeless families:

The British are Coming!

City Manager, John Russo and Irvine Chamber of Commerce reported that Irvine is having success with arranging for British life sciences, medical and biotech companies to expand  and move to Irvine based locations.

The Veteran’s Cemetery May Come Yet, But Location Still to Be Determined:

Boarding Houses are the bane of Neighborhood Communities, but are the Only Affordable Housing Available to Many UCI Students Who Would be Homeless but for the Space they Rent:

Boarding houses and short term rentals have caused a severe deficit of street parking, streets littered with trash and liquor bottles, and noisy parties all which adversely impact neighborhood character. However, students are dependent upon them for affordable housing.

Short term rental homes are homes that are rented for less than 31 days.  They are prohibited in Irvine, but due to the fact that the website ads for short term rentals hide the location of the properties, the ban on short term rentals is difficult to enforce.  Investigators can only locate them with citizen complaints.

The revised Boardinghouse Ordinance would change violation investigation to a proactive process, no longer requiring citizen complaints. Irvine has proposed instituting a proactive investigation of violations by contracting with Host Compliance, an investigation firm, to assist with identifying illegal boarding houses and with enforcement of the regulations. Code enforcement would have the right to obtain copies of leases and proof that all tenants of a home live as a family unit with shared expenses and responsibilities.

Holtz reported that if boarding houses are shut down and roomers were forcibly removed from the homes, the city would help them find a place to live. Irvine has also proposed a ban on street parking between the hours of 2 AM and 6 AM or permit parking only.

Wagner asked city attorney Jeff Melching if the revised ordinance was compliant with the Federal Fair Housing Act . Melching said that the ordnance would not be considered as discrimination based on familial status.

Public Comments were many, both in favor of the changes and in opposition to the changes.
There was a very large student and homeowner turnout.

Arguments in favor of the changes:

Arguments in opposition to the changes:

Motion approving changes to the boarding house ordinance was approved 4-1 with Fox voting against approval.

City Manager John Russo, proposed Irvine’s Municipal code which requires City Council approval of appointing, removing, promoting or demoting City officers, be changed to authorize him to take such actions Without City Council Approval unless City Council indicates they wish to be included in the decision making process.

Motion to approve the municipal code amendment was approved 4-0 with Wagner absent.

Anthony Kuo presented a request that the city establish a 1,000,000 Volunteer Services Challenge to Irvine residents.

Kuo proposed having people note their volunteer hours on the City Website’s Transparency Portal and that the city create a Thermometer Graph to be set up in city hall which will track the number of recorded volunteer hours performed by Irvine residents.

Enforcement of Short-Term Rentals Getting Stricter