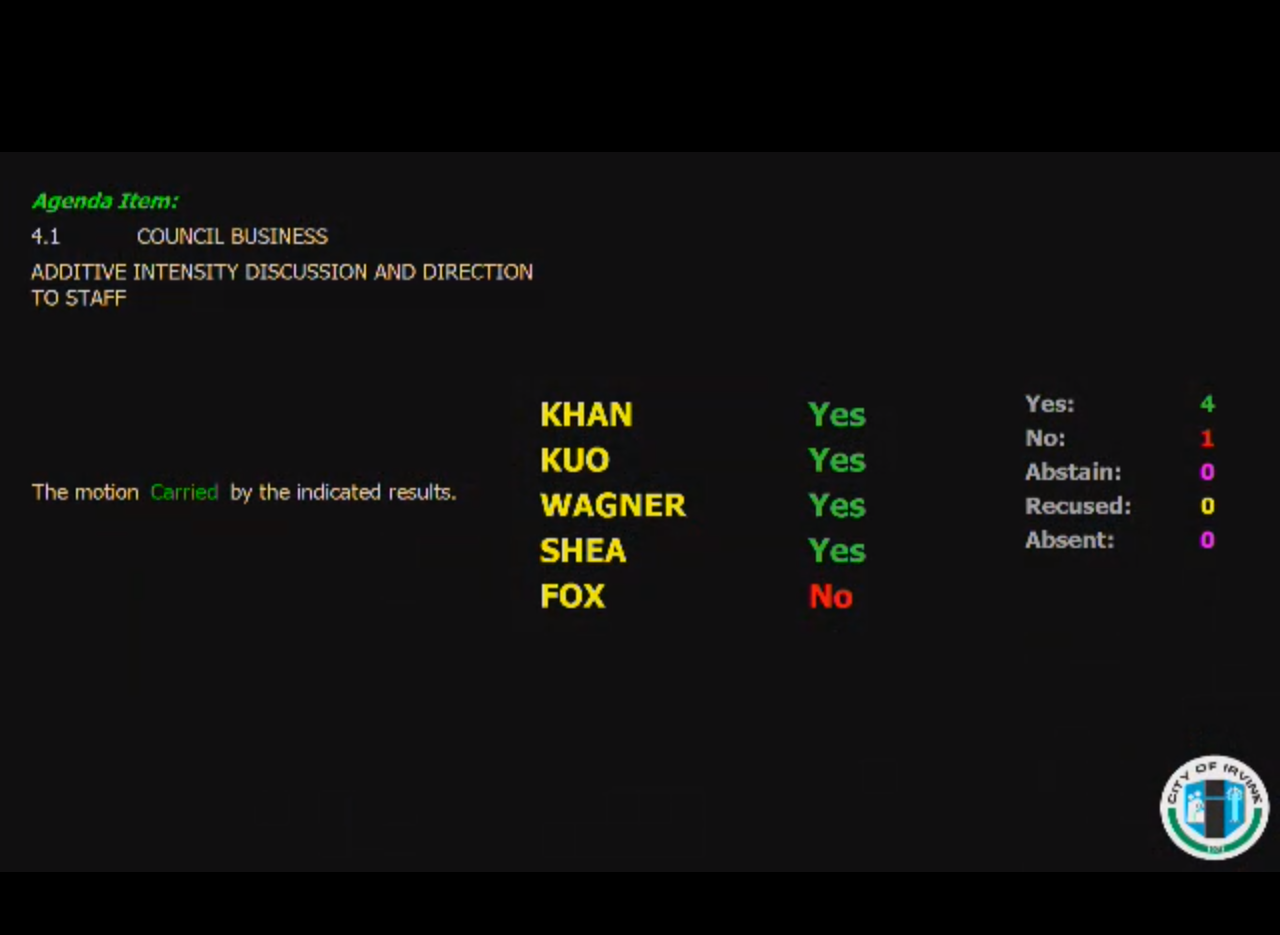 “It’s double dipping to me… it should either be additive or density bonus” — not both.
– Mayor Pro Tem Christina Shea

Though this did not stop FivePoint/Heritage Fields’ request for the 1,056 additional homes at the Great Park, it does stop developers from taking advantage of this loophole in the future.

The language of the motion: