Op-Ed: What Is The Irvine Weekly? 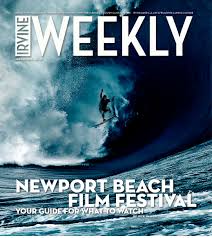 Hi, Watchdog readers. I wrote recently about what I knew about the Irvine Report publication. An article on Tuesday’s City Council meeting in the Irvine Weekly led me to look into that publication as well, and it turns out I know more — and could find out far more — about it. Here is what I learned.

The Irvine Weekly is an offshoot of LA Weekly, but not the proudly alternative LA Weekly you may remember. In fall 2017 LA Weekly was purchased by a mysterious group of investors who promptly fired almost all of the staff. https://www.kcet.org/shows/socal-connected/what-happened-to-la-weekly

Turns out one of the investors, who was also LA Weekly’s new publisher, was Brian Calle, formerly opinion pages director for the OC Register (I was a newsroom editor at OCR for 33 years, overlapping for some of that time with Calle’s OCR tenure, but I don’t know him.)

The group of investors behind the LA Weekly purchase still is murky but seems to be mostly OC-linked conservatives and/or linked to the cannabis industry. Calle and company soon were embroiled in a huge mess at LA Weekly: former staff started a boycott, advertisers pulled out, an annual festival it sponsored was canceled, fired staffers started an alternate publication; it now reportedly publishes a little more than half the pages it did a year ago. Calle and his fellow investors were sued by one of their co-investors, according to the LA Times and Los Angeles Business Journal, alleging they mismanaged the paper, enriched themselves at the paper’s expense, channeled resources to fund outside ventures and blurred the line between the Weekly’s business and editorial departments (breaching the line between advertising and news is considered a major ethical lapse in journalism). That lawsuit was settled last month. https://labusinessjournal.com/news/2019/jul/16/la-weekly-owners-quietly-settle-dispute/

BACK IN ORANGE COUNTY

Interestingly, the LA Times wrote this about the lawsuit almost a year ago (apparently shortly before Irvine Weekly debuted): “[Calle and 2 others] also have been working to establish an Orange County-focused publication that would not be owned by LA Weekly’s parent company and would divert business from it, the suit alleges.” https://www.latimes.com/…/la-fi-la-weekly-20180827…

As for the article about Tuesday’s City Council meeting that started my research, I find it to be in some ways more like an op-ed (opinion) piece than a straight news story: It injects the writer’s opinion by making characterizations without backing them up. https://bit.ly/2ZfsqJU

WHAT IS IRVINE WEEKLY?

I haven’t seen a print copy of Irvine Weekly and I’ve only read a few of the online articles. Based on what I know about Brian Calle and the LA Weekly situation and have read about Irvine Weekly’s debut, it seems the publication is his effort to make money in OC. I would carefully scrutinize any article to see if it holds up as an unbiased news article in the standard sense or if it contains unsupported opinions and editorializing by the writer. It is unclear who all the investors in the LA Weekly / OC Weekly umbrella company are; it would be interesting to find out.

Ann Haley is a retired journalist who has worked for daily newspapers in California and Nevada. She’s lived in Irvine since 1981.