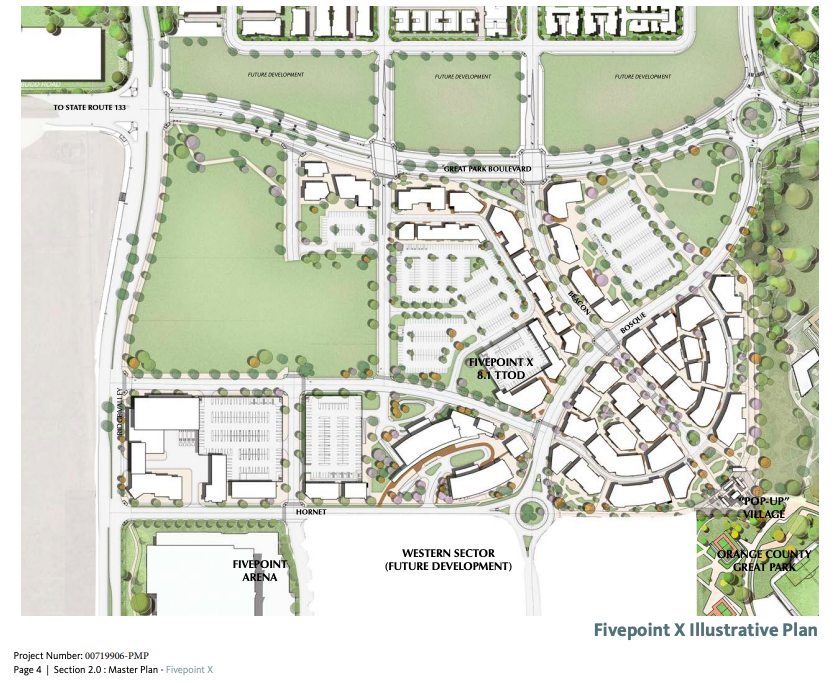 Before the Planning Commission votes on the proposal for FivePoint X this Thursday, October 17, 2019 (click here for FivePoint X plans), here is some background on this parcel of land consistently referred to as “District 1-South” of the Great Park Neighborhoods.

Here is a side-by-side comparison of what was approved in 2015 and what FivePoint would like approved this Thursday:

The proposed hotels/non-residential (including extended stay) are indicated in blue on the map below.

“The high level Master Plan(s) shall also be substantially in keeping
with the development vision for District 1-South indicated in Exhibit “A” to this resolution,
unless approved otherwise by Planning Commission.”

What is the “development vision” in Exhibit A? The below letter on FivePoint letterhead outlines “four complementary development characteristics” for District 1-South including,

“Daily Local – One to two-story local and neighborhood focused commercial
and innovative development in a low density setting.”

An “Olympic Village” at Great Park?

Great Park Neighborhoods: Two Hotels and Luxury Fitness Center To Be Decided On