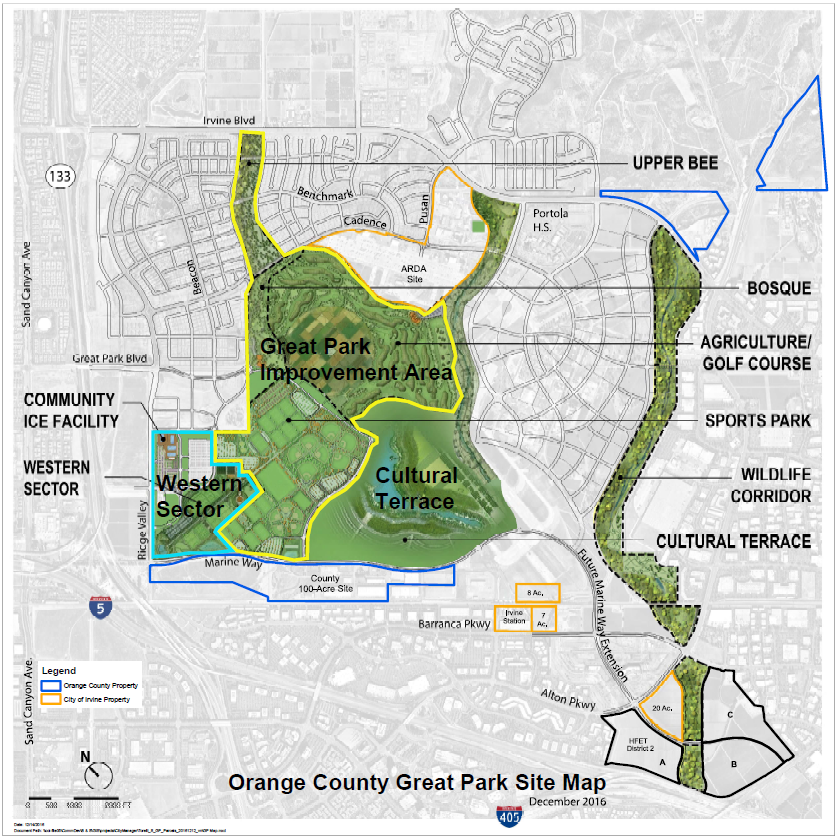 This Tuesday will be the first comprehensive community update on the Orange County Great Park Developments in over a year. This important meeting will take place on October 22, 2019 at 1:00pm in Council Chamber. The public will get to see what projects the Great Park Board (City Council) has been working on and if they resemble what was proposed for land use themes identified in public outreach initiatives from 2015 and 2017.

Here is a brief summary of the many projects in various stages that will be discussed. Click here for the entire Orange County Great Park Development Update.

The Great Park is divided into three planning areas shown in the map below.

The City of Irvine is responsible for the development of the Western Sector.

FivePoint is responsible for designing and constructing the 688 acre Great Park Improvement Area based on a design package approved by the City Council.

The City of Irvine is responsible for the development of the Cultural Terrace. FivePoint contracted to fund up to $2 million for planning, feasibility, and related technical studies for the cultural terrace district.