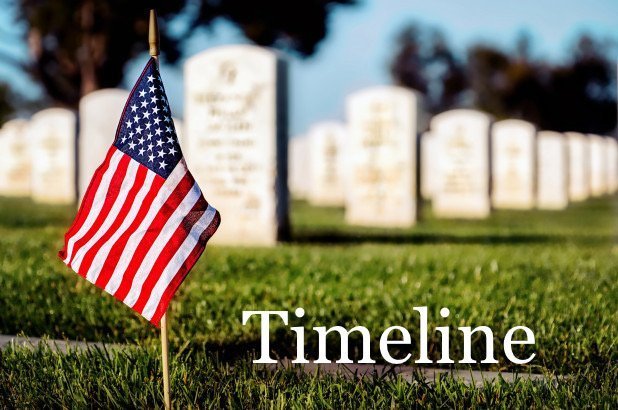 The Council acted to:
1.   Support the passage of State Assembly Bill 1453 for a State owned and State operated Southern California Veterans Cemetery in Orange County. Assembly member Sharon Quirk-Silva sponsored the bill; and
2.   Express its strong interest in providing at least 100 acres of land in the OC Great Park for a cemetery.

The Council acted to designate the ARDA site as the best possible site for a State Veterans Cemetery and to convey the property subject to all studies, procedures and agreements with the State and Federal governments.

Governor Brown signed AB 1453 that directed the State (CalVet) to work with the city to design, develop, construct, and equip a state-owned and state-operated Southern California Veterans Cemetery on the ARDA site and approved funding for the conceptual design work.

Owen Report issued. The State Department of Veterans Affairs (CalVet) hired design and environmental consultants to evaluate the ARDA site for the development of a Veterans Cemetery.

The Council acted to rescind the designation of the ARDA site as the preferred site (see 7/22/14) for the Southern California Veterans cemetery, and instead pursue a land exchange with FivePoint of the ARDA site and the Bake Parkway site. Upon completion of a land exchange with FivePoint the city was to convey 125 acres of the Bake Parkway site for the purpose of creating a cemetery.

Measure B asked Irvine voters if they support an ordinance approved by the City Council for a zone change to build a veterans cemetery near I-5 and Bake Parkway (strawberry fields/freeway site). This measure was put on the ballot through a successful initiative petition campaign. The signature drive turned in nearly 19,000 signatures. Result: 62.64% voted “No”. The “No” vote invalidated the previous councils approval of zoning text amendments that were initially approved by the City Council (see 6/6/17). No cemetery on the Bake Parkway site.

A motion was presented by Councilmember Lalloway, seconded by Schott, to reaffirm the City Council’s 2014 decision designating the Great Park ARDA site for the cemetery and to establish a demolition, cleanup, and site plan for immediate implementation consistent with the CalVet study approved in 2016. Lalloway placed this decision item on the Council agenda and cited the voter referendum that invalidated the Wagner, Shea, Fox preference for the Bakeway site. This motion could not be acted on due to a substitute motion proposed by Wagner and Shea.

Click here for the City Council Minutes for the list of public speakers and the Council agenda with the copies of residents written correspondence on Agenda Item 4.4.

Councilmembers Wagner and Shea made a substitute motion to study the ARDA site further and also look for alternate cemetery sites, which was approved.

Councilmembers Shea and Fox submitted a Joint Memorandum to the City Manager requesting that, in addition to studying the ARDA site, City staff also analyze the potential development of a cemetery on 100 acres of land known as the golf course site in the OC Great Park.

The resolution designates up to 100 acres of land in the golf course site in the Great Park as the preferred site for the State Veterans Cemetery. This resolution rescinds all prior resolutions in this timeline.

“The City Council directed the City Manager, with the assistance of the City Attorney, to immediately begin negotiations with the State of California on an agreement to transfer the Golf Course Site to the State of California, at no cost, once the State provides binding assurances to the City that there are sufficient funds available to remediate the entire site and to complete Phase 1 of the Southern California Veterans Cemetery.” FivePoint will contribute $18,000,000 toward the construction of the veterans cemetery on the golf course site in lieu of constructing the contracted golf course amenity.

Former Irvine Mayor Larry Agran filed an initiative petition with the Irvine City Clerk. If the initiative qualifies for the ballot and is passed by Irvine voters, it will designate and re-zone the 125-acre ARDA site for one use – a State built and State operated Veterans Cemetery.

“This bill would instead authorize the department to locate the cemetery at either a specified site in the Orange County Great Park in the City of Irvine, or at a site known as the Golf Course Site, as specified. The bill would require the department, after completing acquisition studies of each site, to consult with the Department of General Services to determine which site to pursue based on specified factors, including, among other things, the availability of each location.”

Finding Your Way Around The Great Park Gets Easier