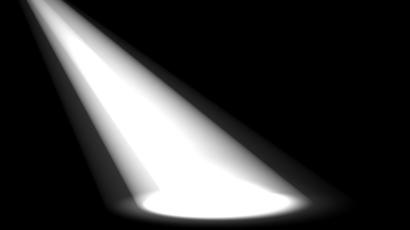 There are serious transparency questions around hundreds of millions of extra tax dollars Great Park Neighborhood homeowners pay to finance the Great Park. The Voice of OC wrote a three-part series which Mayor Shea openly criticized in today’s article, Irvine City Council Expands Bond Indebtedness For Great Park Neighborhoods. From the dias, Mayor Shea stated there was “nothing factual, maybe some facts” in the stories and that interviewing the residents of the Park was “just scaring people.”

The Voice of OC responded: “Voice of OC stands by its reporting, which was based on city public land use and county tax records and conversations with city staff, developers in the park, members of the city council and Great Park homeowners.”

Here are the takeaways from the 3-part series:

The Great Park Tax: How Irvine Homeowners are Paying for the City’s Big Dreams

● GPN special property tax automatically increases 2% annually for next 40 years, and can increase by 3% annually every year after that, in perpetuity, as detailed in a Builder Assessment and Tax Disclosure document all GPN homeowners are required to sign when they purchase their homes.

● “Despite homeowners investment in the Park, they do not have control over where that money goes or how much they are taxed.”

● “The developer FivePoint Holdings, the city’s partner in the Great Park development and one of the largest campaign contributors in Irvine politics, established the special tax arrangements with the city before homes were sold”

● USA Water Polo aquatics center to cost $250 million, almost all of which will be paid for by GPN homeowners alone.

“We’re not holding the debt for the developer,
it gets passed off to the [GPN] homeowners,”
Mayor Christina Shea said.

● GPN homeowners pay tens of millions per year in extra property taxes but they, along with the general public, do not know where it is all going.

● “Originally, the OC Great Park Corporation was set up as a nine-member executive board, with the members of the city council and four at large members that controlled operations” until 2013 when at large members were removed under Mayor Steven Choi.

● There is minimal public input on how to allocate tax revenue from GPN homeowners. The decision is made solely by the OCGPB, who are our five current city councilmembers.

● OCGPB operates under City Manager John Russo’s office supervision and meets once a month on Tuesdays at 2pm. Meetings are open to the public.

● 2015 Grand Jury found “from the onset… the City Council and (Orange County Great Park Corporation) were not transparent with either the process or the relevant information associated with the Great Park to the public. There were never definitive budgets, schedules, milestones, or deliverables open for public review.”

● GPN homeowners will have paid at least $2 billion in special taxes by end of construction.

● “No notification is sent to GPN residents when new special tax districts, new infrastructure, or new public facilities are approved, even though they are paying for these things.”

● While special taxes are common in new developments to help cover the cost of infrastructure, the structure for the Great Park’s taxes do not have a set end date and will be used to pay for the Park’s maintenance.

● Despite Great Park homeowners financing the amenities going to the Great Park, many of them have expressed concerns that their own needs aren’t being met in the community. Every resident Voice of OC reporters spoke with was concerned about the lack of a shopping center in their area.