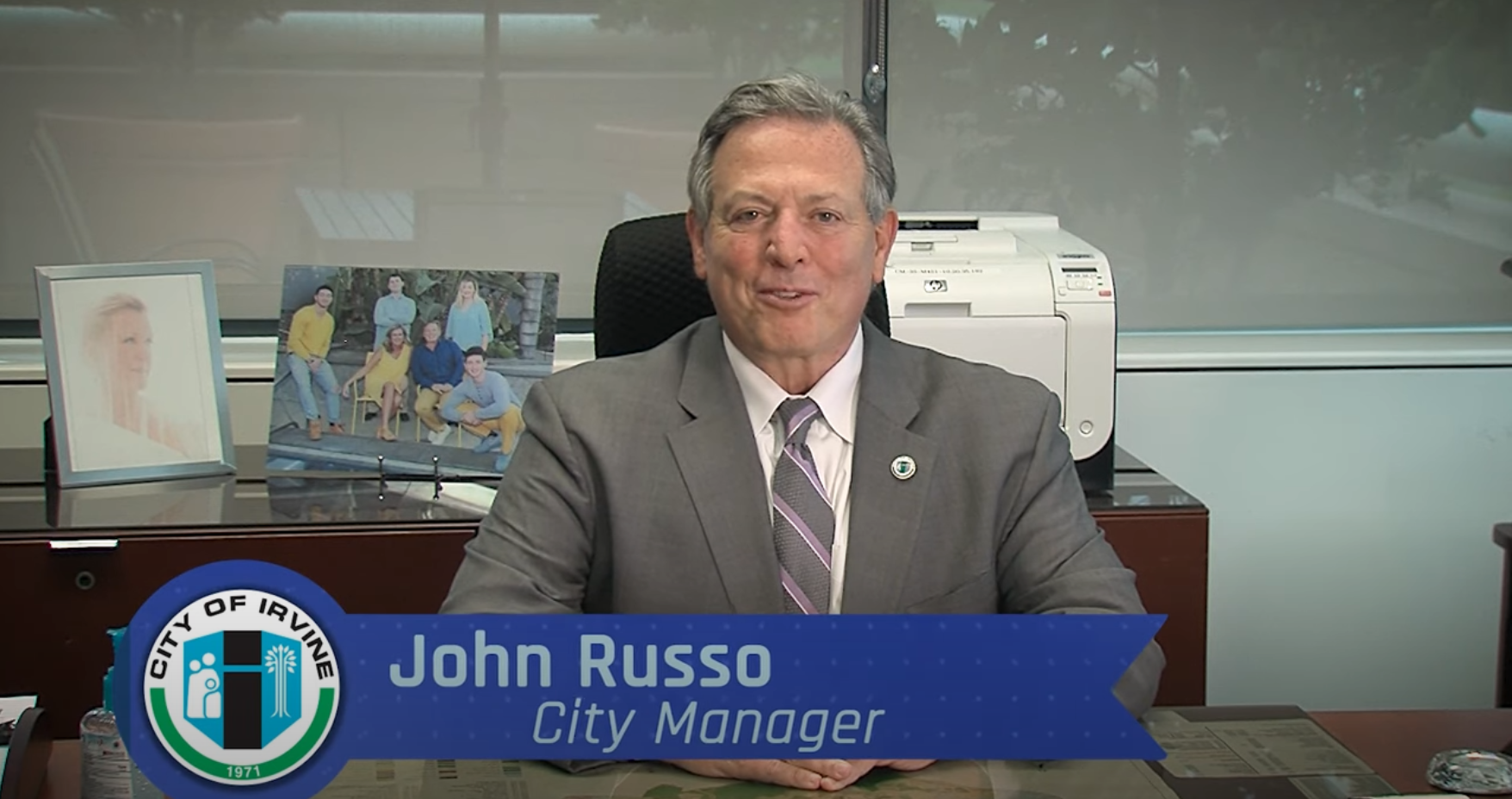 The surprise announcement via Youtube that City Manager John Russo is resigning to spend more time with family only 22 months into the job raises many questions.  Mr. Russo is Irvine’s 5th City Manager in Irvine’s forty-nine year history, and he is also the de facto Executive Director of the Orange County Great Park, after getting a pay raise to do so. This blended position yields vast authority, playing a large behind the scenes role, overseeing the financial and budget management process for the City and the Great Park and overseeing the activities of all city departments.

Based on Mr. Russo’s recommendation to consolidate the two executive office positions, last year the City Council approved the terms of his amended employment agreement and gave him a salary increase to reflect the City Manager and Great Park Director duties.  See Irvine Watchdog article.

A September departure is anticipated, which leaves the City Council enough time to determine the City selection process for both a new City Manager/Great Park Executive Director.  Following the retirement of the previous City Manager in 2018, the Council directed a nation-wide search and recruitment process that attracted 40 resumes and applications. Will this Council do the same?  What will happen to the staff that Russo personally brought on board from prior roles?

As part of the recruitment process for selecting a new City Manager, will this Council seek input from the community on what they consider to be the qualities and experience needed for the next City Manager?

Will the financial impact of hiring a recruiting firm and launching a comprehensive search factor in?  Remember, upon the exit of Don Wagner to County government, this City Council cited costs and did not hold a special election, instead filling a vacant Council seat by appointing Mike Carroll without voter input.

Choosing a City Manager is one of the most important decisions a City Council makes, and now we also have to consider who will oversee the leadership of the 1,300 acre Orange County Great Park. The Great Park is a City led mega project with a series of development partners and projects in various stages of planning.

So, should this Council appoint an interim City Manager/Great Park Director and wait to start the recruitment process until after the November elections? Mayor Shea has complained that the recent communications with GP developers has not been “principal to principal.” Will they ensure that there is better direct and immediate communications from the next director?  Three out of five seats are up for election this fall on the City Council.