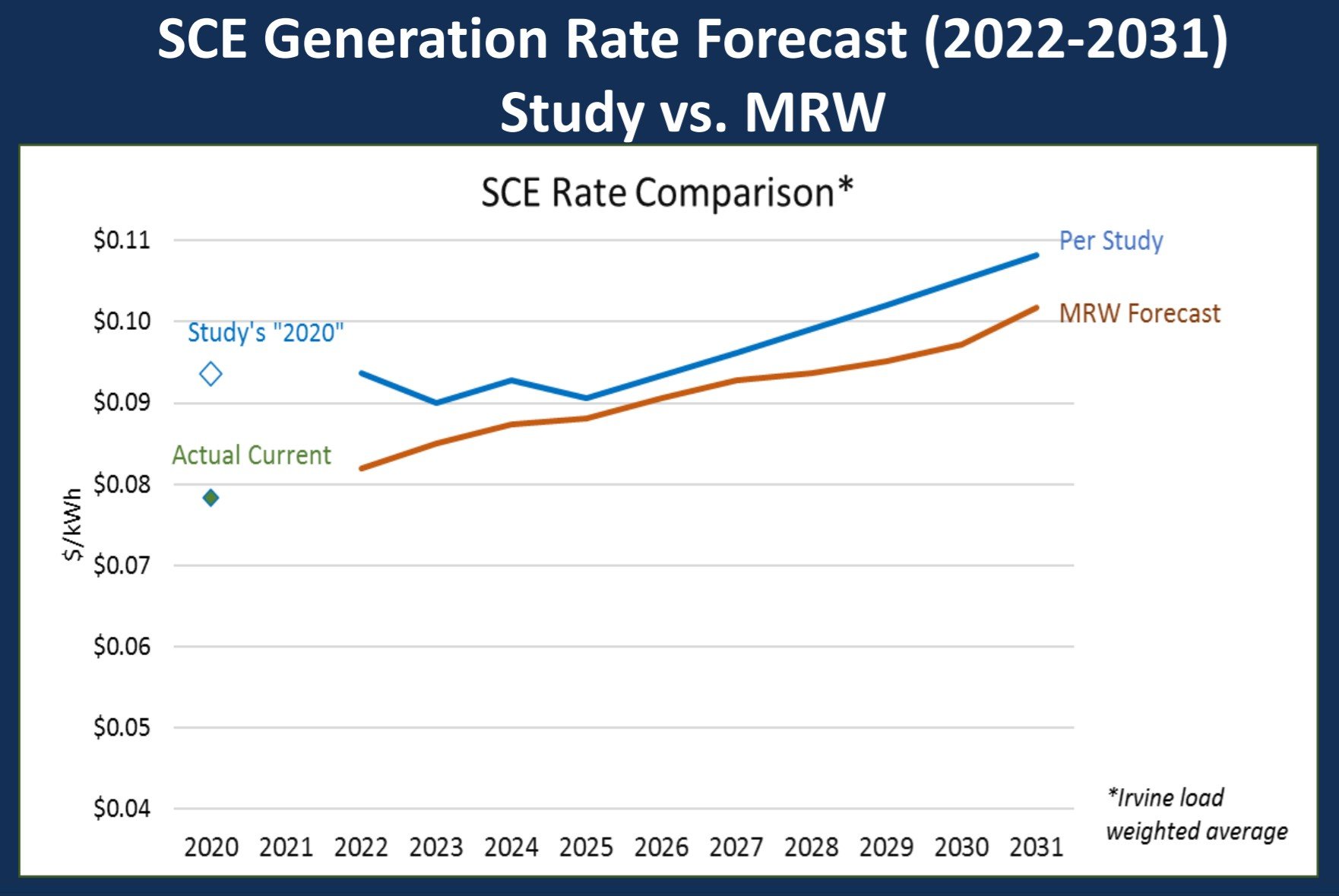 With a unanimous vote on July 14, the Irvine City Council took another step toward bringing Community Choice Energy (CCE) to Orange County.

CCE is prized by many as a municipality’s quickest path to 100% clean energy, enabling local officials to choose cleaner sources of energy for their communities, such as solar and wind rather than fossil fuels like coal and natural gas. CCE programs began operating in California since 2010 and now serve more than 10 million electricity customers in the state.

Following Tuesday’s vote, Irvine’s next step is to find one or more partner cities that will commit to join them in the venture and create a Joint Powers Authority (JPA), which would share CCE costs, responsibilities, and benefits.

Meeting CCE deadlines between now and the end of the year is critical due to a year-end California Public Utilities Commission filing deadline for new CCE programs. If Irvine files the necessary paperwork by the December 31, 2020 deadline, it could launch its CCE in 2022; otherwise its launch would be postponed until 2023.

Many of the comments expressed residents’ urgent concerns about climate change, enthusiasm for clean energy and frustration at the city’s record of CCE delays.

Several residents called for an alternative to monopoly SoCal Edison and complained of high electric bills.

On the same day that the Irvine council met to discuss CCE, the National Oceanic and Atmospheric Administration released a report that outlined how flooding and other effects will impact Orange County unless greenhouse gas emissions are radically reduced.

A July 14 Orange County Register article on the NOAA report said, “In Orange County alone, a 6-foot rise would inundate 11 square miles of land and 20 miles of road, affecting 50,000 residents.”

Tuesday’s CCE discussion began with a presentation by Irvine Director of Public Works and Transportation Mark Steuer who shared the results of a recently-completed peer review study of a 2019 CCE feasibility study. Both studies concluded that CCE will bring residents lower electric bills, an alternative to monopoly SoCal Edison, and local control of program revenue.  The original study found CCE would save Irvine residents $7.7 million per year, while the more recent study’s most conservative estimate for those savings was $1.9 million per year.

Above: This graphic from Irvine staff’s July 14 CCE presentation illustrates how much money customers of existing California CCEs currently save on their bills vs their existing utility. All CCE programs in SoCal Edison territory offer lower prices than SoCal Edison’s, with savings between 0.5% to 5%. The slide was Irvine city staff’s presentation on the results of the two studies of CCE that found the program will bring residents lower electric bills, an alternative to monopoly SoCal Edison, and local control of program revenue.

Vice Mayor Michael Carroll, who made a successful motion last December to advance CCE, noted during his comments that SoCal Edison recently notified the city of its plans to increase rates by 14.4% in November.  Carroll said Irvine would benefit from taking control of local energy out of the hands of a publicly-traded monopoly that makes decisions based on the interests of their shareholders.

During her comments, Mayor Christina Shea expressed concerns about the startup costs of the program, which staff said would include $2 million for filings, staffing, and launch.  She also voiced doubts whether Irvine will be able to find JPA partners due to budget shortfalls in other Orange County cities related to the Coronavirus pandemic.

Michael Carroll answered some of those concerns, drawing on history to explain that California’s first CCE, Marin Clean Energy, formed its JPA in December 2008 during the darkest days of the great recession.  He added that Marin Clean Energy has since paid off all its initial program costs, saved customers more than $68 million, built 31 MW in new local renewable projects and eliminated over 340,000 metric tons of greenhouse gas emissions.

Council member Farrah Khan pointed out that numerous local businesses have expressed support for CCE, including Hoag Hospital, which asked the city to consider CCE as a way to minimize outages and ensure patient safety, and Edwards Lifesciences, which also wrote a letter to the city in support of CCE to stabilize and reduce power costs.

Councilmember Anthony Kuo said he was interested in the initiative as a way to make the city more environmentally friendly, but he also had concerns about costs.

Ultimately, Kuo made a motion which passed unanimously for the city to move forward and work with other cities to form a CCE JPA, prepare necessary JPA documentation, and file the Implementation Plan with the California Public Utilities Commission by the December 31, 2020 deadline.

On the agenda for Irvine’s July 28 council meeting is an authorization for $75,000 earmarked for one of the city’s CCE consulting groups. The money would provide some of the money needed to continue CCE filings, staffing, and other launch efforts.

Disclaimer: The views and opinions expressed in this article are those of the author alone. Irvine Watchdog welcomes all views, thoughts, and opinions expressed by Irvine residents and welcomes their posts for the Opinion section. We want to hear from you! If you would like to submit an article, please review our guidelines and send it to us here.