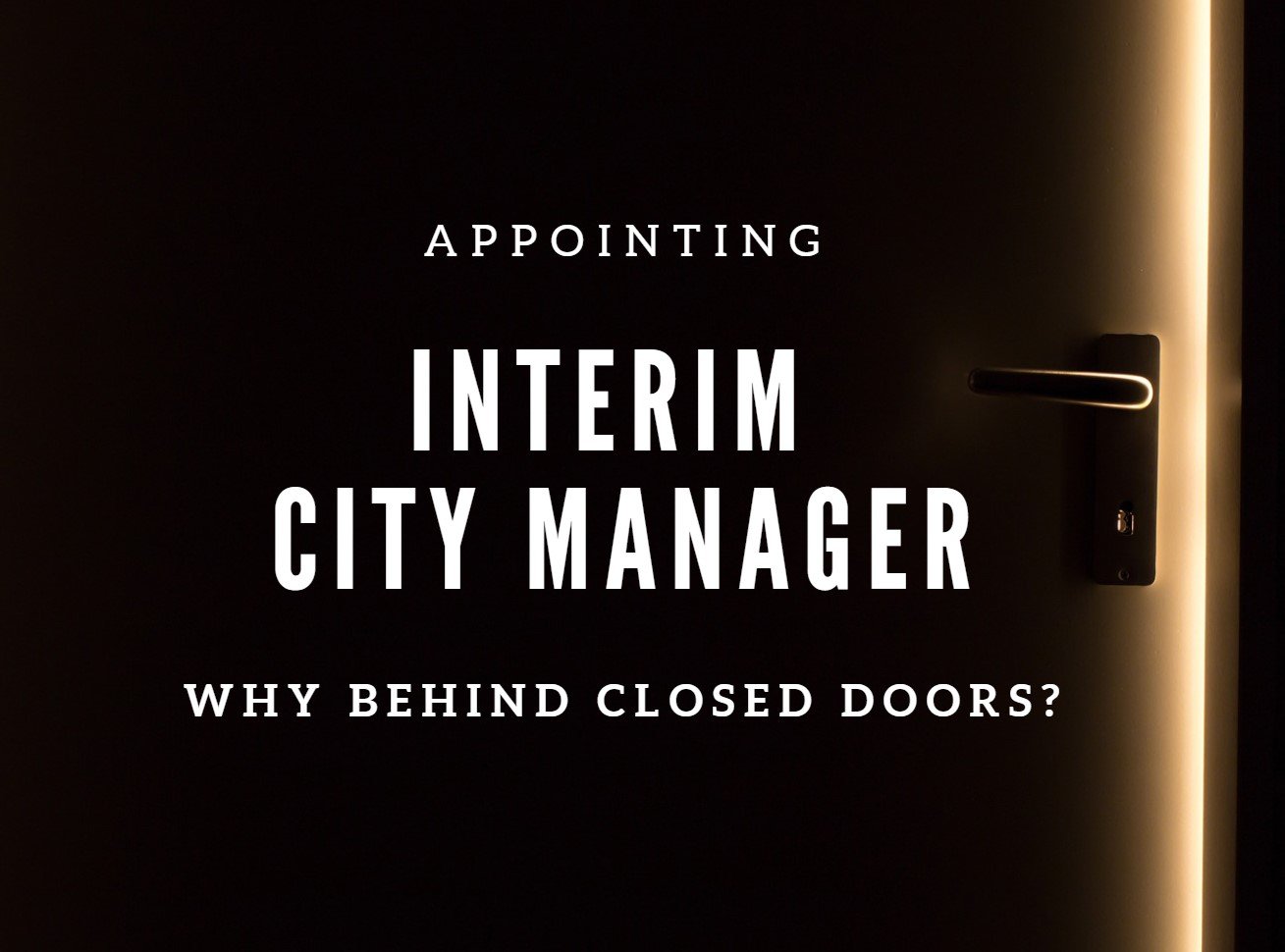 One of the most important decisions our City Council will make in the coming months is finding a new City Manager, with the upcoming departure of current City Manager John Russo. His resignation was announced in June, with his last day being September 9, 2020.

Will the City Council separate the positions of City Manager and Great Park Executive Director now that John Russo is leaving?

Russo served Irvine for only two years, yet made one significant change — consolidating the two executive office positions of City Manager and Great Park Executive Director. This was done at his prompting, approved by City Council, and resulted in a raise for himself. With the amount of development being planned in the Great Park, the role of Great Park Executive Director should once again be made a separate position, held by someone independent of the City Manager.

Why is this important decision of appointing an Interim City Manager being made behind the public eye?

On Tuesday, July 28th, our City Council will be appointing an Interim City Manager in closed door session, Agenda Item 1.4. It is concerning that no details have been made public about this process, including the following:

It is very much in the interest of the public to have this item placed in a public forum and we hope to hear answers promoting transparency from the City Council during tonight’s meeting.

Given our city’s decision to hire Russo in 2018 despite being fired from the city of Riverside less than three months before, Irvine residents should be keeping a watchful eye on how the important role of City Manager is filled this time around.

Back in July 2018, the Irvine City Council voted unanimously to hire John Russo, with Councilmember Christina Shea called his hiring a “home run” despite the controversy surrounding him. Voice of OC

While in Riverside, according to a letter obtained by the Press Enterprise, Mayor Rusty Bailey denounced Russo for asking for a pay raise while the city was in the middle of pushing a 1% sales tax increase and facing a potential deficit. He called Russo’s request “bad timing” and “a bad precedent.”

“When I learned that some of our least compensated employees agreed to skip raises in 2016-17, I asked [Russo] to make a symbolic good faith gesture and to voluntarily forego his guaranteed 3% raise. He refused. He wasn’t interested in leading by example,” Bailey said in the letter.

Similarly, when Russo joined Irvine in 2018, he stated our city was in a deficit and withheld raises from Irvine city staff for two years while requesting a 10% raise for himself and a 17% increase for Assistant City Manager Marianna Marysheva, whom he brought over from Riverside. Russo’s request was eventually negotiated down to an 8% raise for himself and a 9% raise for Marysheva. Irvine Watchdog Russo’s 2018 salary was $303,014, according to the two-year employment contract. After including benefits, the total value was approximately $456,662.

Should there be more transparency in Tuesday’s decision for our Interim City Manager? Voice your opinion by submitting an eComment.