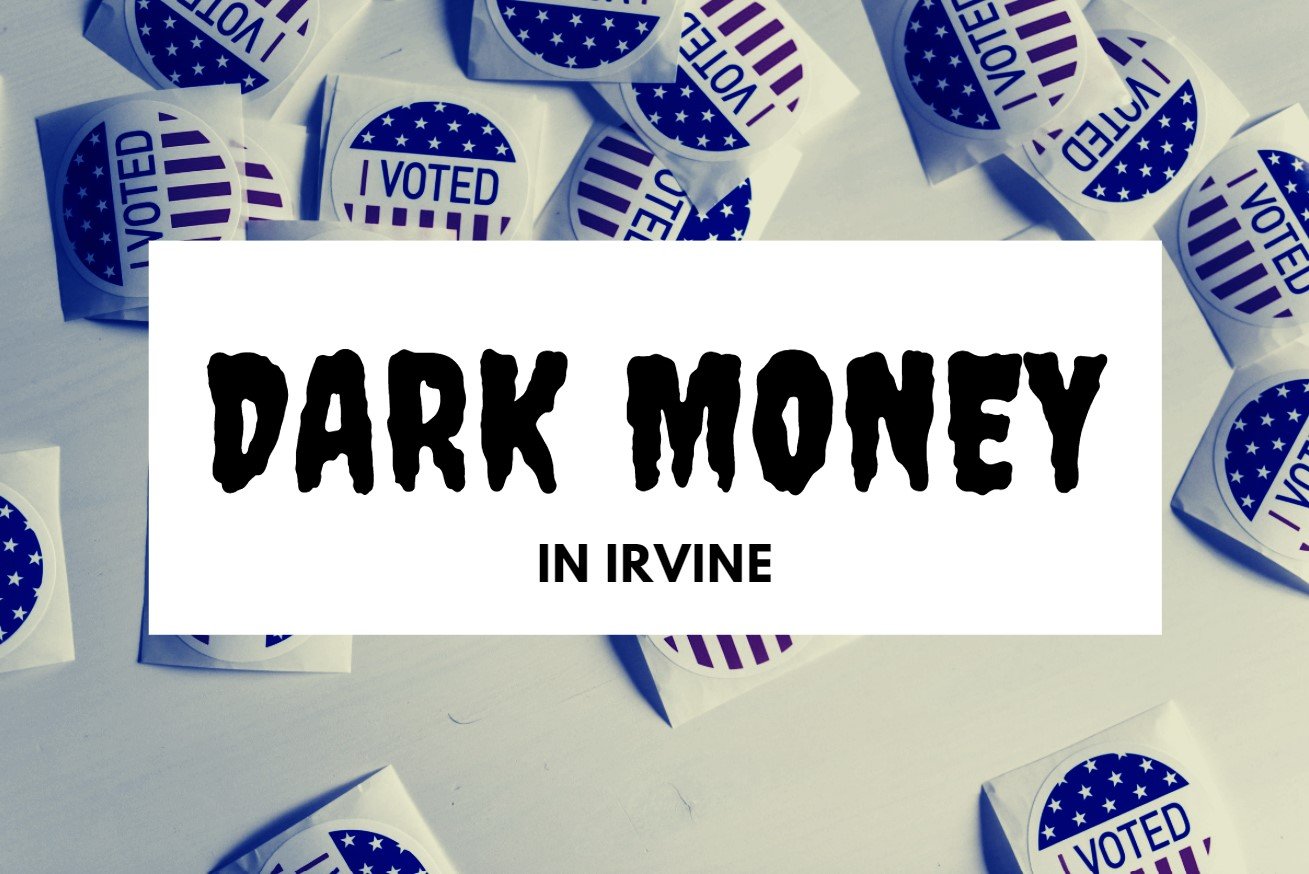 Want to follow the money and find out who contributed to the Political Action Committee behind the attack ad opposing a candidate?

Political Action Committees (PACs) can donate directly to campaigns and also make independent expenditures (IE) to oppose or support a candidate. Independent expenditures are done without any authorization or involvement of the candidate, typically use negative campaign messaging, and are allowed under state campaign disclosure laws and the Fair Political Practices Act.

Super PACs receive thousands in contributions from special interest donors and other PACs, and pool it for group spending to influence campaign outcomes. We know why PACs exist, but tracking their campaign contributions and expenditures is another story.

Political Action Committees use public interest sounding names such as “The Greater Irvine Education Guide” but they are not what they seem.

The Greater Irvine Education Guide is still an active committee. A 2020 expenditure report states “supporting Carroll and Shea, opposing Agran and Kim for city council.” Political Action Committees can contribute to other PACs. This PAC has drawn support from the following donors. These amounts are what they’ve contributed so far this election cycle:

Ben Christopher for CalMatters writes “Independent expenditure committees typically give businesses, labor groups, or other organized groups with political interests the chance to pool their resources and influence elections.” This was the case in the 2016 mayoral race.

You will find PAC campaign finance information at the Secretary of State’s Cal-Access webpage Cal-Access: cal-access.sos.ca.gov

You can conduct a search easily using the PAC committee name or ID. For example, the Orange County Business Council PAC is ID # 802010. The California Taxpayer Protection Committee is ID# 1287571. The state website has an extensive drill down menu.

Council candidate Tammy Kim has two opposition mailers attacking her that are paid for by the California Homeowners Association. The major funding for the mailers came from the PAC individual donor, billionaire Kieu Hoang. In addition to dropping $48,000 against Kim in our local election he also contributed $100,000 to President Trump’s re-election campaign.You can read about Mr. Hoang here.

Council candidate Larry Agran has opposition mailers that were paid for by the California Taxpayer Protection Committee. The Irvine Community News & Views reported that the Irvine Company donated $45,000 to the Build Jobs PAC, who then donated $30,000 to the California Taxpayer Protection Committee. This is a good example of how the money gets circulated.

PACs can collect money in one place and spend it in another. PACs often have separate committees for collecting (recipient committee) and spending money.  Money has flowed into this PAC from the Building Industry Association of SoCal, OC Employee Association, Taxpayers for Ethical Government to name a few. This PAC has filed 2020 independent expenditures supporting republicans Christina Shea, Carrie O’Malley and John Park.

Following the money trail is not easy! The system makes it challenging to find out the real origin of political money being spent to tilt campaigns.

In the coming weeks Irvine Watchdog will take a look at more of the major PACs influencing Irvine elections.