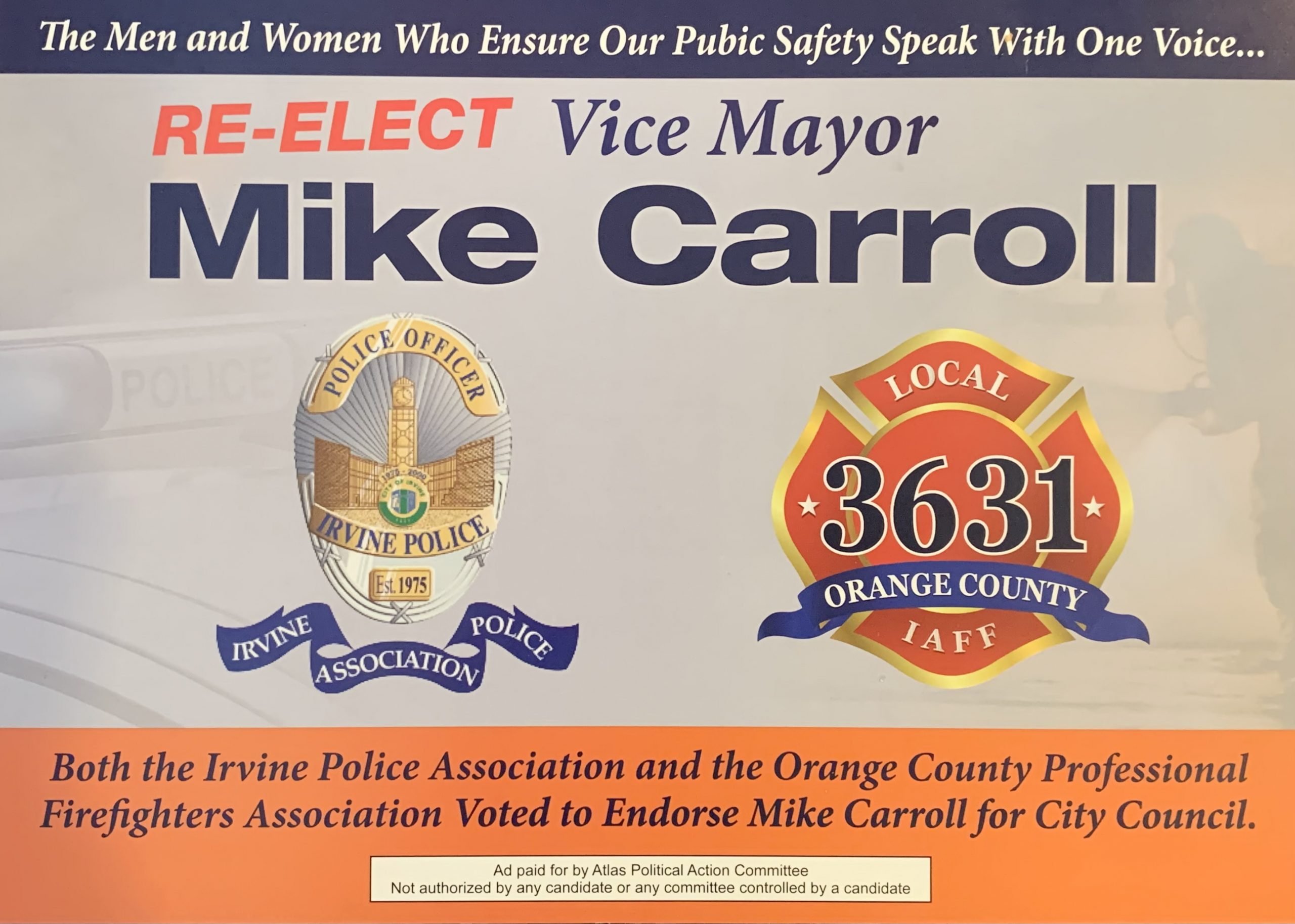 Recent statements made in political advertisements mailed to voters by a local political action committee (PAC) called Atlas PAC are misleading and should be corrected. The flyers refer to City Council candidate Mike Carroll. “Re-Elect Vice Mayor Mike Carroll” is boldly placed in the headers, which is both deceptive and insulting to voters.

While it is important to note that the mailer contains a disclosure statement “Ad paid for by Atlas Political Action Committee. Not authorized by any candidate or any committee controlled by a candidate”, this doesn’t give the Atlas PAC the right to misinform voters by blatant distortion of reality.

The Atlas PAC is not new to Irvine politics, having spent money on behalf of various candidates in both the 2016 and 2018 Irvine elections. According to the State campaign finance site, Atlas PAC funded campaign mailers that opposed Melissa Fox and Mary Ann Gaido in the 2016 election cycle, and advertised in support of Don Wagner and Carrie O’Malley in the 2018 election cycle. Here are the actual facts for voters to consider regarding this dark money expenditure that cannot be found in the Atlas PAC flyer.

While we wish all of the candidates the best of luck as we approach election day, dark money flyers creating “alternative facts” only serve to confuse residents and promote distrust. If they are going to fill our mailboxes with laminated posters over the coming weeks, they should at least give us the courtesy of researching their facts.