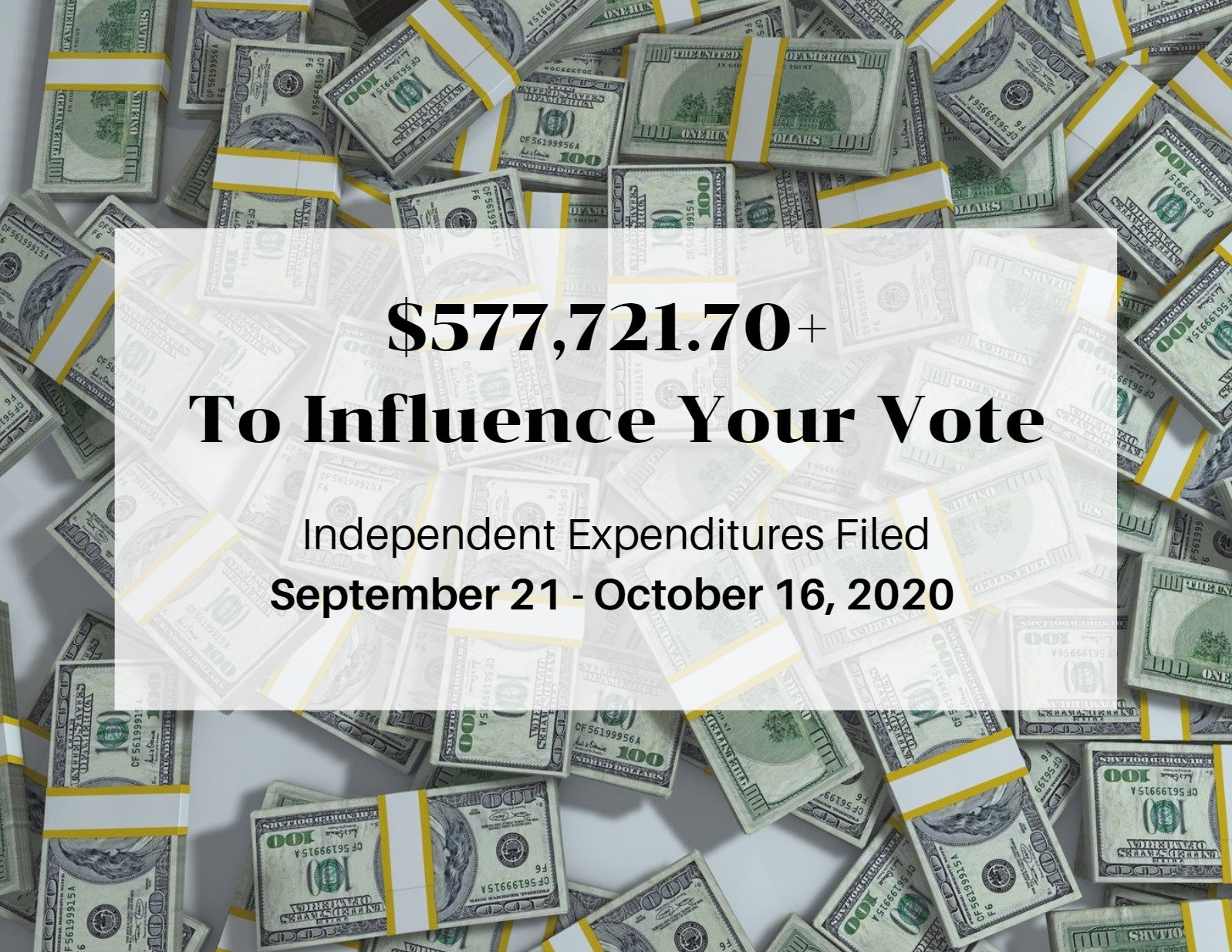 The charts below show the total amount of independent expenditure contributions supporting or opposing individual candidates from September 21 through October 16, 2020. These numbers will be updated weekly.

Want to conduct your own investigation and find out who contributed to the Political Action Committee behind the attack ad opposing a candidate? Read Dark Money in Irvine Elections.

Here is a breakdown of the Independent Expenditure contributions. This table does not show who is funding these Political Action Committees:

Source: The Campaign Statement Public Portal from the City of Irvine website for filings between 9/21/20 – 10/16/20