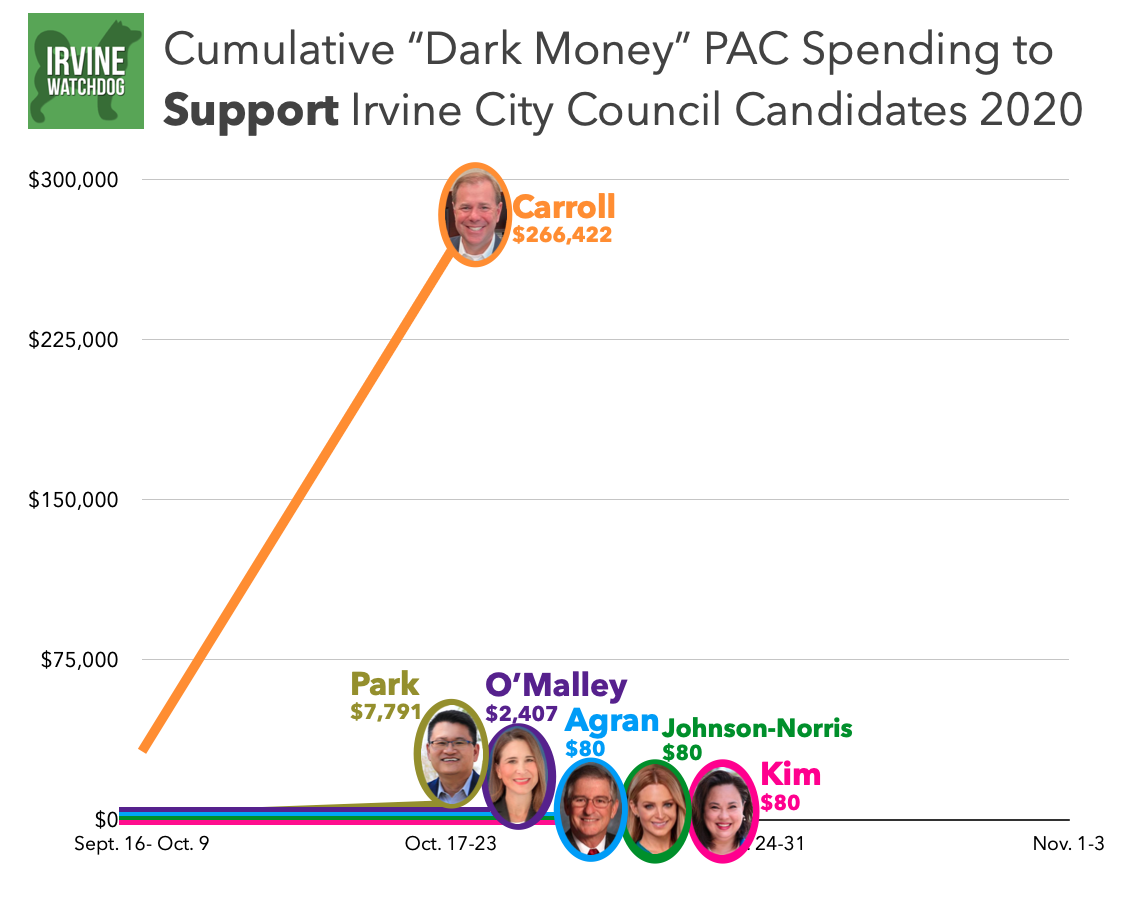 The charts below show the total amount of independent expenditure contributions supporting or opposing individual candidates from September 21 through October 23, 2020.

Irvine Watchdog will provide ongoing updates on campaign contributions in the 2020 election. For more, see IrvineWatchdog.org/election-2020/

The data below does not include information on who is funding these PACs. This data is complicated and difficult to track. PACs do not segregate the revenue. Donations are all co-mingled and then passed along several different and often alternating PAC paths intended to confuse and wash the money. The final PAC payment is used to support or oppose a candidate as intended by the original donor.

Political Action Committees use public interest sounding names such as “The Greater Irvine Education Guide” but they are not what they seem. To learn more read, Dark Money in Irvine Elections. Information on how to track independent expenditures can also be found in the article.

The graphs below did not include candidates who have not been supported or opposed by PAC money: Katherine Daigle, Luis Huang, Laura Bratton, Christina Dillard, Anshul Garg, Dylan Green, Diana Jiang, Hai Liang, Mark Newgent, Abigail Pole. Click here for a PDF of the graphs below including all the candidates.