Growth in the Irvine Business Complex and Planned Traffic Improvements 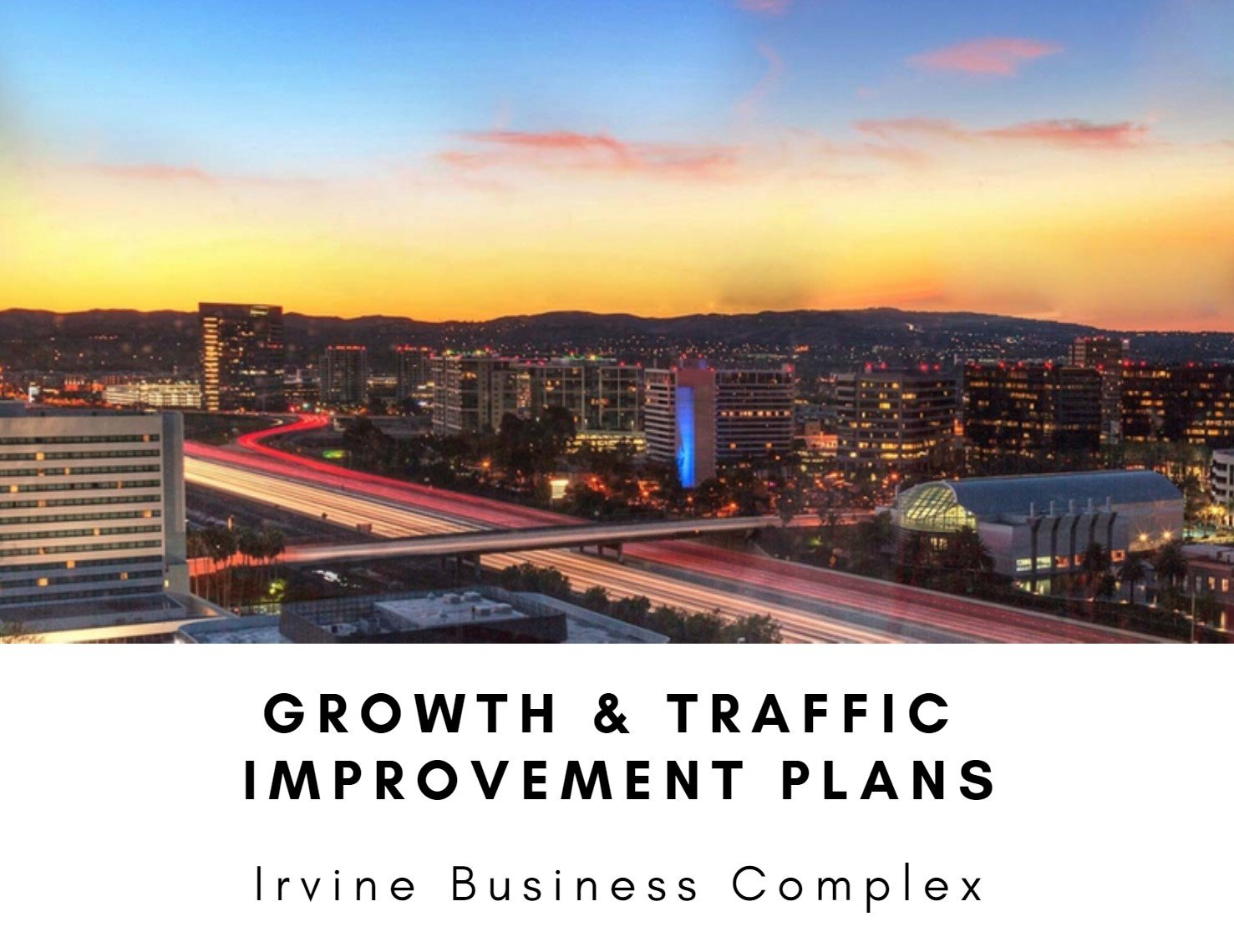 The City’s review process to approve the updated transportation improvements and traffic fees for future development in the Irvine Business Complex (IBC) is underway.

The Irvine Business Complex (IBC) is a mixed-use, 2,700 acre area located on the western edge of the city near the John Wayne Airport. With good planning, the IBC is evolving into both a dense urban residential community and a valued regional business hub for Orange County. Many diverse projects have been approved recently including affordable housing, luxury hotels, new office construction, and a senior living high-rise property.

To plan for the development in this highly mixed-use area, the IBC Vision Plan and Environmental Impact Report (EIR) was adopted by the City Council in 2010. The EIR requires the City to routinely undertake a comprehensive traffic study for the IBC, and update the traffic mitigation fees that will fund the traffic improvements.

The 2020 traffic study and fee update is now complete and will be coming before the Commissions. The Transportation Commission approved the update in November, and it is now scheduled to be in front of the Finance Commission on Monday, 12/7.

The Finance Commission is being asked to approve four recommended actions:

1.  Approve the 2020 update to the IBC Traffic Study without the Red Hill Avenue widening project. City staff is recommending that the segment of Red Hill Avenue between MacArthur Boulevard and Main Street remain a four-lane roadway and not be widened. Taking this project off the list would result in $14.5 million of savings from the initial total cost.

The 2010 IBC Vision Plan included an assumption that the existing four lanes would be widened to six lanes but based on the analysis of forecasted traffic data, this segment will continue to operate with minimal added congestion at full build out. Below is a map showing the segment of Red Hill that is under review.

2.  Approve the 2020 update to the IBC Traffic Improvement Fee Program. These are fees to be charged for future development within the IBC that are collected from developers for the construction of traffic improvements. In terms of the financial impact to developers, the proposed 2020 rates are generally 30% lower than the current fees.

The removal of the Red Hill widening project would result in a reduction in improvement costs, thereby reducing the fees. All IBC fees collected are deposited to an existing IBC traffic fund account and are used exclusively for transportation improvements identified in the study. The existing IBC Traffic Funds available for mitigation measures is $64.5 million.

3.  Approve extending the IBC Traffic Fee Study and Transportation Project Update to every three years instead of every two years. Staff cites that the current 24 month schedule is challenging and costly to implement. The original frequency of the updates was every five years before being amended to the current two year cycle.

Two mitigation measures in process from the project list are the pedestrian bridge at Jamboree/Michelson (final design stage) and the intersection improvements at Jamboree and Barranca Parkway.