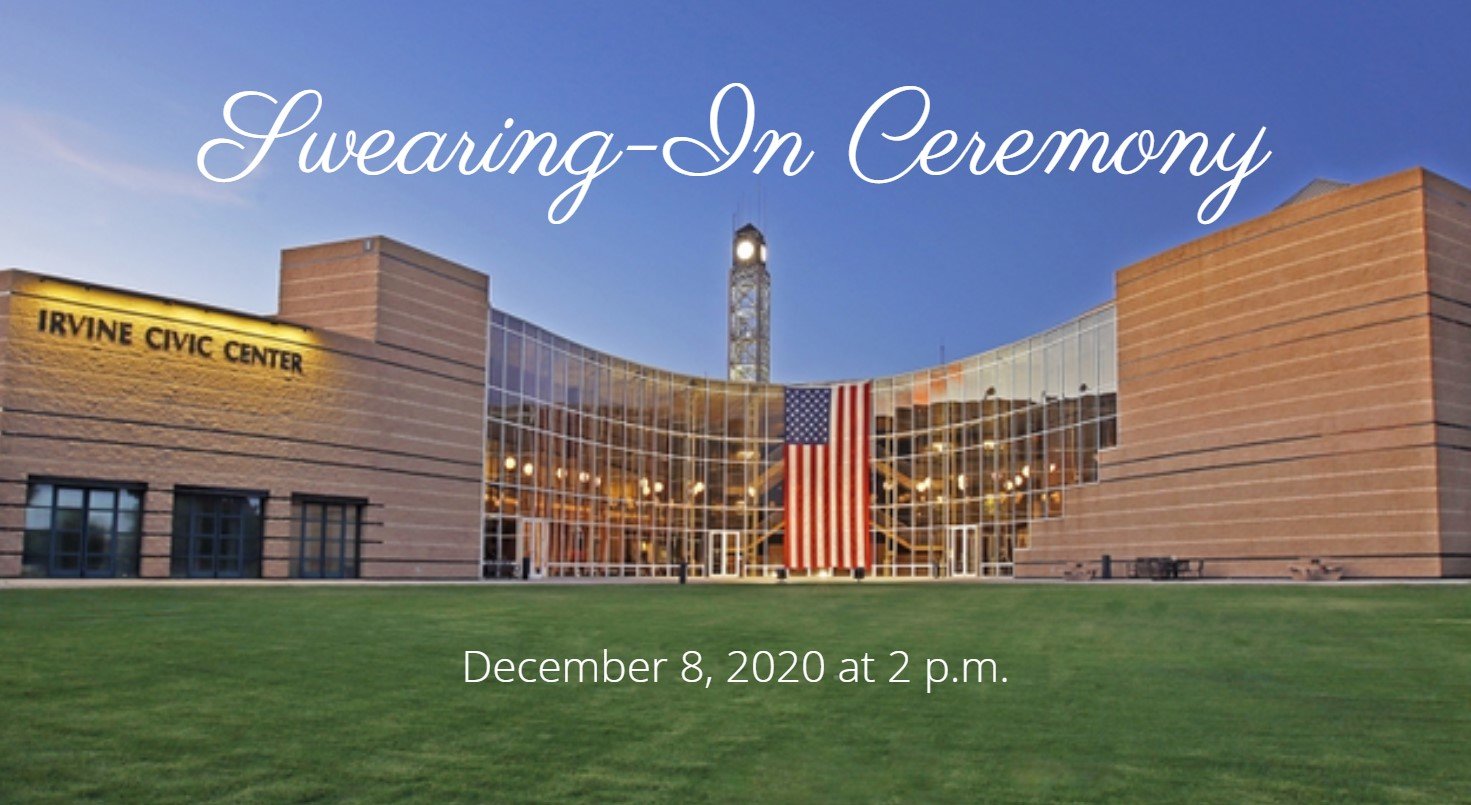 The Ceremony will be available to view live on ICTV, which is available on Cox Communications Channel 30 and on AT&T U-verse Channel 99. It will also be available live on the City’s YouTube Channel and Facebook Page.

On the same agenda as the swearing-in ceremony is item 1.2 Selection of Vice Mayor and Interim Mayor. However, this item may be continued to the 4 p.m. regular meeting as agenda item 4.3.

Following the 2 p.m. ceremony, our new City Council will hold its first regular meeting at 4 p.m. Most noteworthy is agenda item 4.2, which is a controversial agenda-setting policy brought forth by Mayor-elect Khan and Councilmember Kuo regarding revisions to the City Council policy/procedure concerning City Council initiated agenda items. This item first appeared on the November 24, 2020 City Council agenda, but was delayed to allow the new Council to decide its fate.

The League of Women Voters, whose stated nonpartisan mission is to “[encourage] informed and active participation in government…empowering voters and defending democracy”, is outspoken in its opposition to agenda item 4.2: “The policy violates the core League effort to give a voice to all Americans and to expand participation at all levels of government…democracy is strengthened by the inclusion of all the diverse voices within the community.” Irvine Watchdog | Masri

30 e-Comments from the public also spoke out against this policy last month, with only two anonymous comments submitted in support.

How heavily will the Council weigh these opposing factors in its vote?