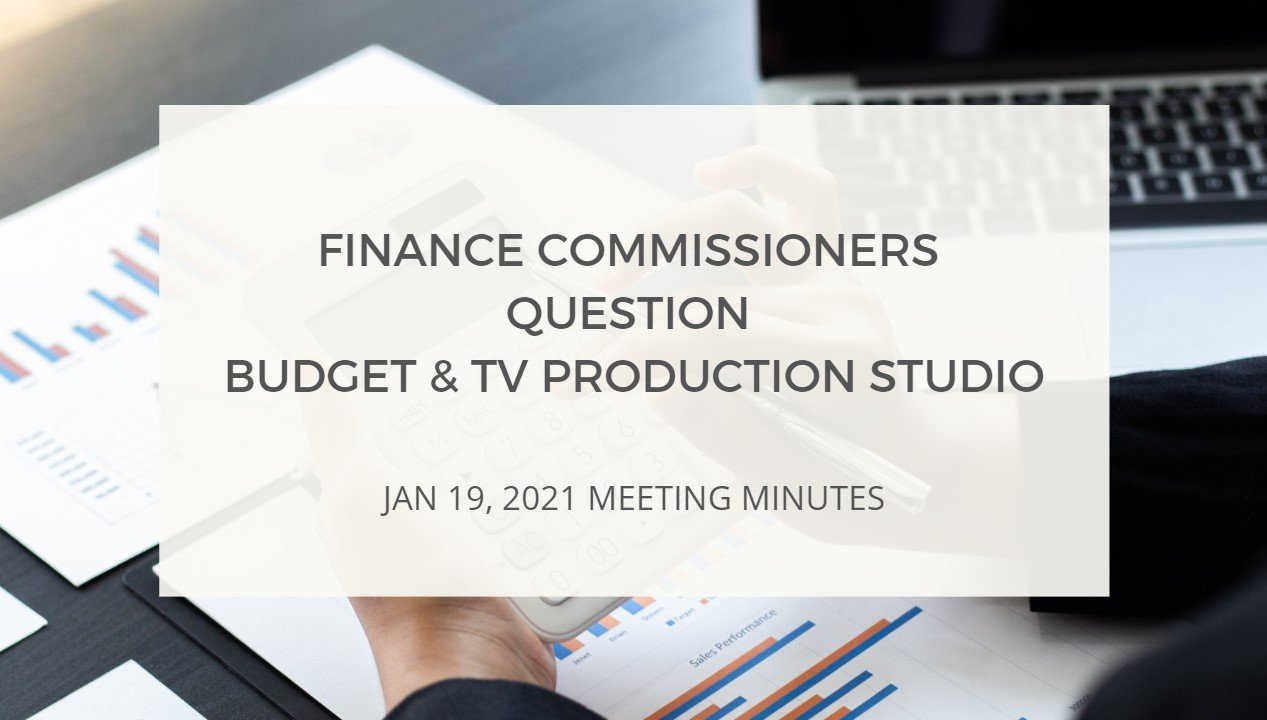 The Finance Committee met on Tuesday, January 19, 2021, and discussed the following agenda items:

SELECTION OF CHAIR AND VICE CHAIR

There was a little confusion here as Yang wanted clarification on the MacArthur Blvd expansion on the minutes from the December 7, 2020 meeting. However, Park added that this was just the approval of the minutes of the meeting and not a discussion of an agenda item. After some pause, Yang motions to approve the minutes with Genest seconding. Johnson-Norris abstained saying she was not at the meeting. Yang approved saying that she did attend the meeting. Minutes are approved 4-0.

The recommended action to be approved:

Recommend the City Council approve the budget adjustment in the amount of $394,991 from the Public, Educational and Government Access (PEG) fund balance to provide additional funding for the construction of the Public Information Office Production Studio (CIP 362021).

The recommended action to be approved:

*The Irvine City Council is the legislative body of the Community Facilities District (CFD). The intent of the CFD agreement between the City and Fivepoint is for the CFDs to fund backbone infrastructure in the GP and GP neighborhoods. The CFD’s fund major projects so there is no financial obligation for the City and therefore no impact on the City’s General Fund. The CFD was formed by the City and the developer Fivepoint in March 2013 to “levy special taxes and CFD bond proceeds to finance infrastructure benefiting the Great Park neighborhoods and the Orange County Great Park”, with the intent to finance infrastructure and public facilities representing significant public benefit. For more info click here.

Park welcomed all new commissioners and extended thanks to the staff for all their hard work. Park asks to adjourn. Bhagani accepts, Yang seconds.