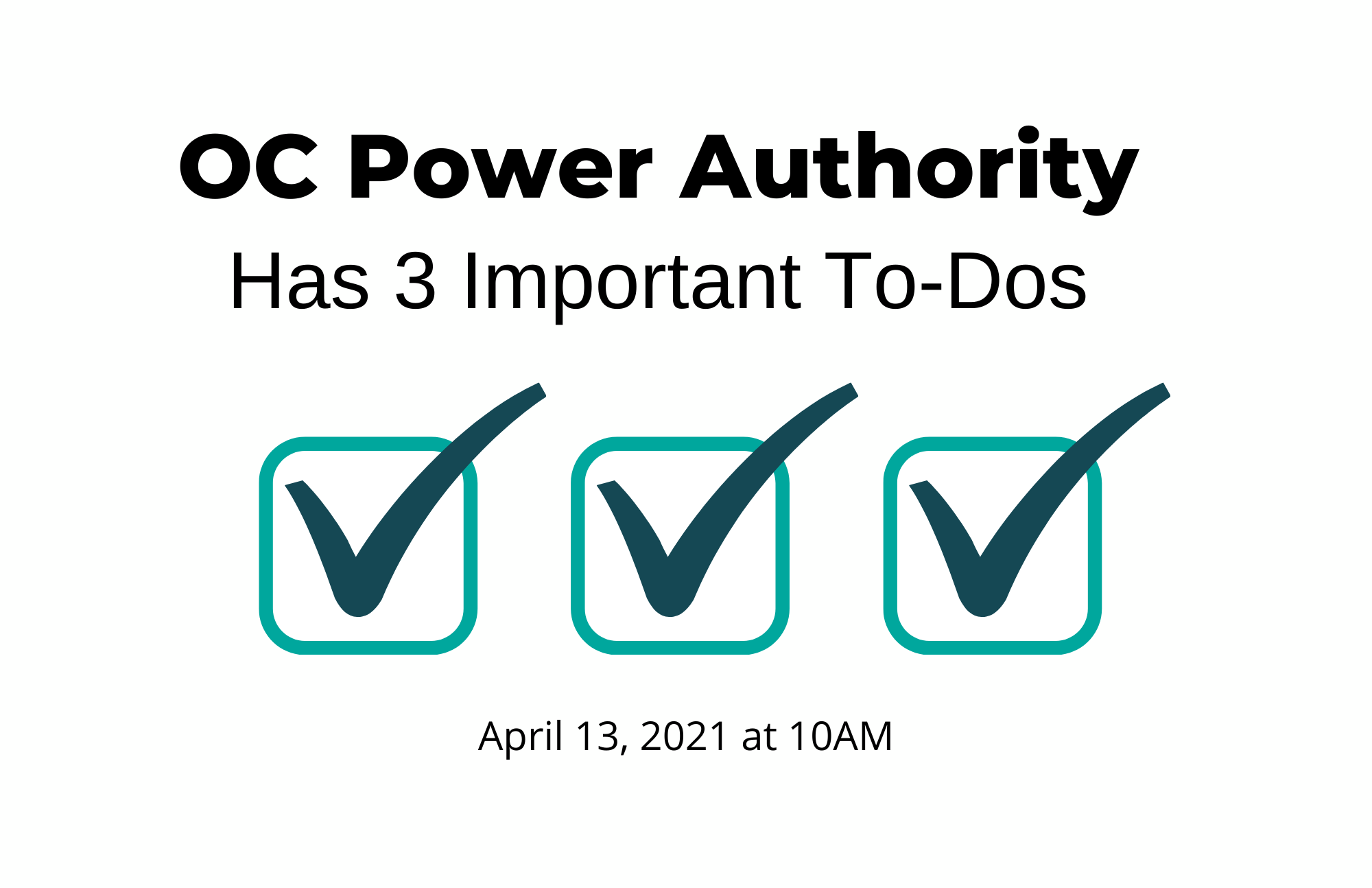 The OC Power Authority (OCPA) is just getting off the ground, but it needs to do three things at its next meeting on Tuesday, April 13 at 10am to ensure its success long-term. The public can call during the meeting or email the board in advance and ask them to:

Only one of these items is currently on the meeting agenda – the Community Advisory Committee.

OCPA is OC’s first Community Choice Energy (CCE) program. CCE can be any city’s fastest path to 100% renewable energy, but the OCPA board, including Irvine Mayor Farrah Khan and Councilmember and OCPA Chair Mike Carroll, need to get started on these goals now to set OCPA up for success long-term.

The public can click here to participate in the meeting via Zoom or dial-in at 1-669-900-6833. Public comments are limited to 3 minutes each.