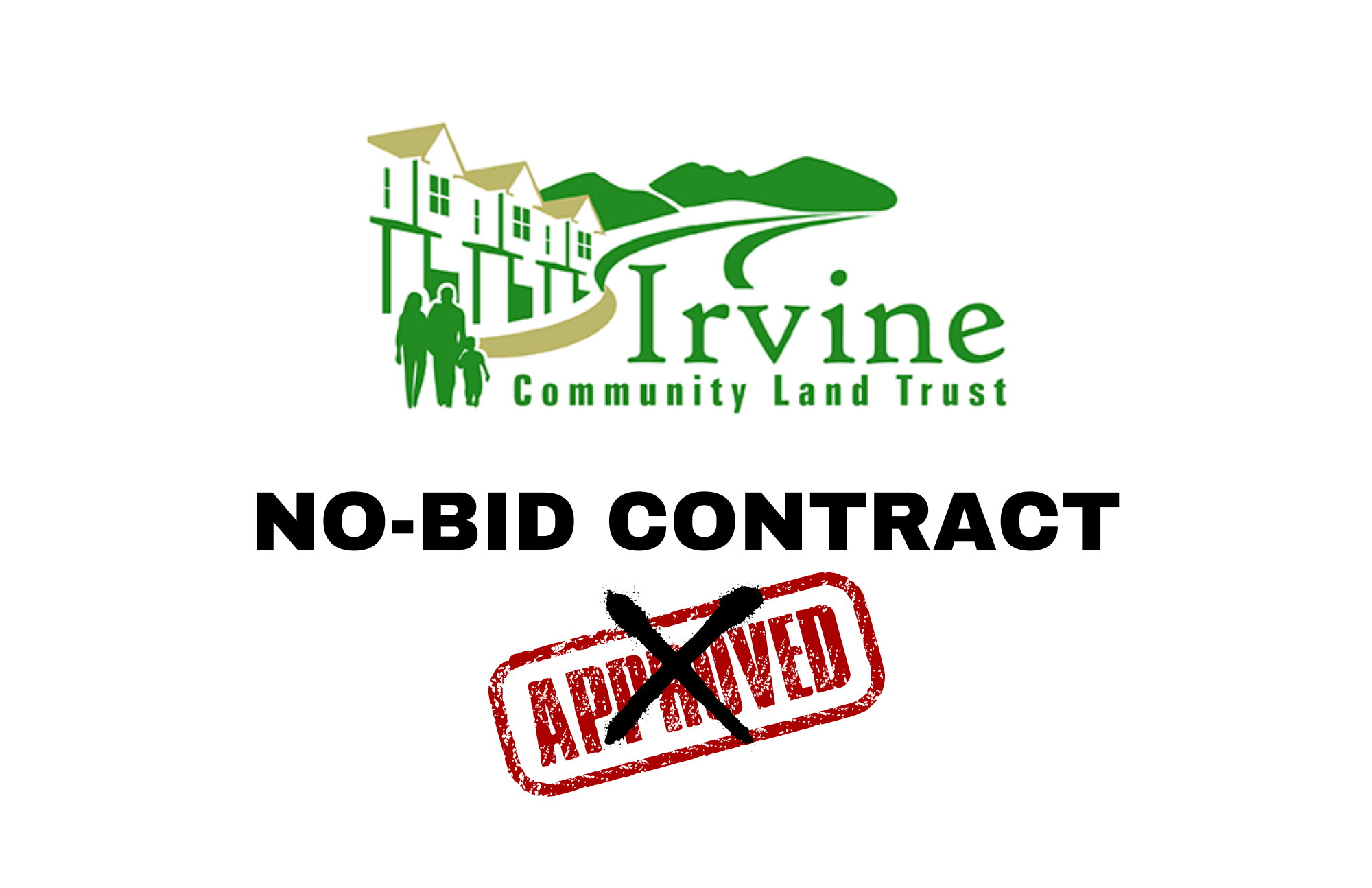 Something seems “somewhat off…”

The Irvine Community Land Trust (ICLT), which works to bring affordable housing to Irvine, held its monthly public meeting on May 17, 2021 via Zoom.

Most noteworthy was the proposed no-bid contract for CivicStone. The contract was unusual given the appearance of a possible conflict of interest, the urgency with which the contract was made, and lack of supporting financial details provided. CivicStone is a company that Deputy Director Adam Eliason founded and has worked at since 1999.

CivicStone has a long history in Irvine. The company helped develop the city’s housing strategy and helped start the Irvine Community Land Trust, and Adam Eliason has actively supported the ICLT since its founding.

Recommended Action: Approve Residential Listing Agreement and associated Advisory and Disclosure documents between the Irvine Community Land Trust (Trust) and CivicStone to provide real estate sales services for the Sage Park Project and authorize Executive Director to sign all documents on behalf of the Trust

ICLT BOARD DISCUSSION AND ACTION TAKEN

Executive Director Mark Asturias gave a presentation stating that a legal requirement exists for a listing agent to be identified for the Sage Park project. Adam Eliason has been providing such services; however, Director Asturias suggested a new separate contract with Eliason.  Asturias sees Eliason’s experience with this project and ICLT as a benefit.

Vice-chair Stockstill expressed a number of specific concerns including:

Boardmember Strader said he was comfortable with proposed CivicStone contract. He noted that CivicStone has been with the ICLT from the beginning and has extensive land trust experience that other realtors are not likely to have. Boardmembers Aeh and Donnely agreed that that there is huge proficiency with CivicStone, but both would like to see more budget information. Boardmember Napper wondered if CivicStone would even break even with the proposed 2% commission.

Vice-Chair Stockstill moved to approve the item with the addition of including the budget costs and estimate of hours worked. Board member Aeh said he was not ready to second the motion, saying that something seemed “somewhat off.” Seeing that no support existed for the motion, Stockstill withdrew his motion. Chairman Kuo then proposed a motion to appoint a subcommittee to study this issue, and the motion passed unanimously. The proposed contract was not approved.

The Irvine Community Land Trust meets on the 3rd Monday of every month, and the public is invited to attend and can make public comments. ICLT agendas (without staff reports included) are posted here.