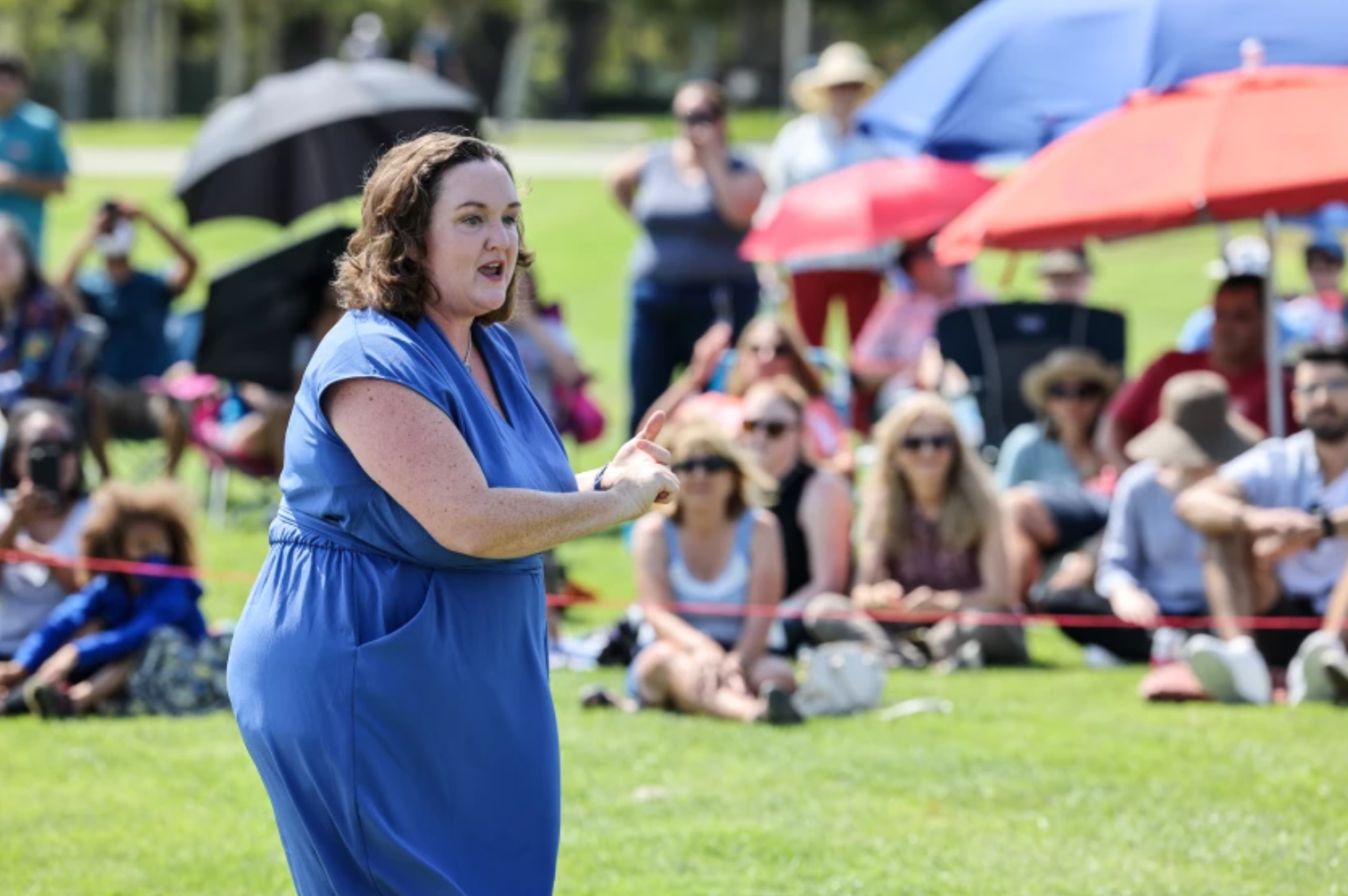 On July 11, 2021, Congresswoman Katie Porter (D- 45) held a family-friendly town hall at beautiful Ward Park in Woodbridge. The event was an opportunity for all residents, regardless of political persuasion, to ask questions, request constituent service, and listen to updates on important issues like COVID relief and the new Child Tax Credit.

However well-intentioned a casual meeting in the park might be, the new reality is that security and public safety must now be a primary consideration when planning political events such as this one.

One local provocateur organized a small group of shock troops to “confront” Porter at the Irvine town hall. They shouted down the Congresswoman, disrupted the event, and purposely incited violence. This known white supremacist had even announced his intention to take these actions publicly in advance on social media.

The IPD reportedly had two officers and a Sergeant present at the event. Reports from the scene were that IPD was positioned at the other side of the park. One attendee said it took forever for the police to respond when a physical confrontation broke out between a few in attendance.

The IPD should have anticipated and planned for a likely confrontation. Instead, they were apparently poorly staffed, poorly deployed, and seemed to have “slow rolled” their response. That raises serious questions.

Why do white supremacists too often get the kid-glove treatment from cops?

After the confrontation, the Mayor took to Facebook to defend the police and blame the victim. The Mayor dismissed criticism of the police response and said Porter‘s“…staff should have hired private security knowing there would be counter protesters there.” Maybe, but IPD should have had intel (or follow a few local Twitter accounts even?), been better prepared, and had a much more visible presence and robust response.

Hopefully, the Mayor recognizes the increasingly serious threat posed by extremists like those who incited violence at the Porter event. The people involved in this incident are reportedly connected to hate groups associated with the violent insurrection on January 6 where white supremacists and Nazi-types stormed our nation’s Capital and threatened to kill members of congress and hang the Vice-president.

In a Facebook post after the organized confrontation with Katie Porter, Carroll called for Porter to apologize for comparing the fear she felt in D.C. on January 6 to the fear she experienced in Irvine on July 11. I understand why someone like Carroll might not want the public connecting the dots between these events, but the fact is they are directly connected.

Being an ethically challenged local politician is bad enough but flirting with violent extremists and fascists? Even politicians who often role-play their public persona’s will break character occasionally and reveal themselves.

I respect people with differing political views and recognize their 1st Amendment rights, but I am also concerned about increased political polarization, the growing fascist danger, and organized violent extremists. Unfortunately, the city of Irvine is not immune. As we work to protect our community, we should acknowledge that these forces represent an existential threat to our democracy and our way of life.

I want to know our local elected leaders, our police, and our community are awake to the threat, paying attention, and prepared. However, based on recent events and the local response from some leaders in our community, we have work to do.

Let’s Reflect on a Famous Poem by Martin Niemöller:

First, they came for the socialists, and I did not speak out — Because I was not a socialist.

Then they came for the Jews, and I did not speak out — Because I was not a Jew.

Then they came for me — and there was no one left to speak for me.