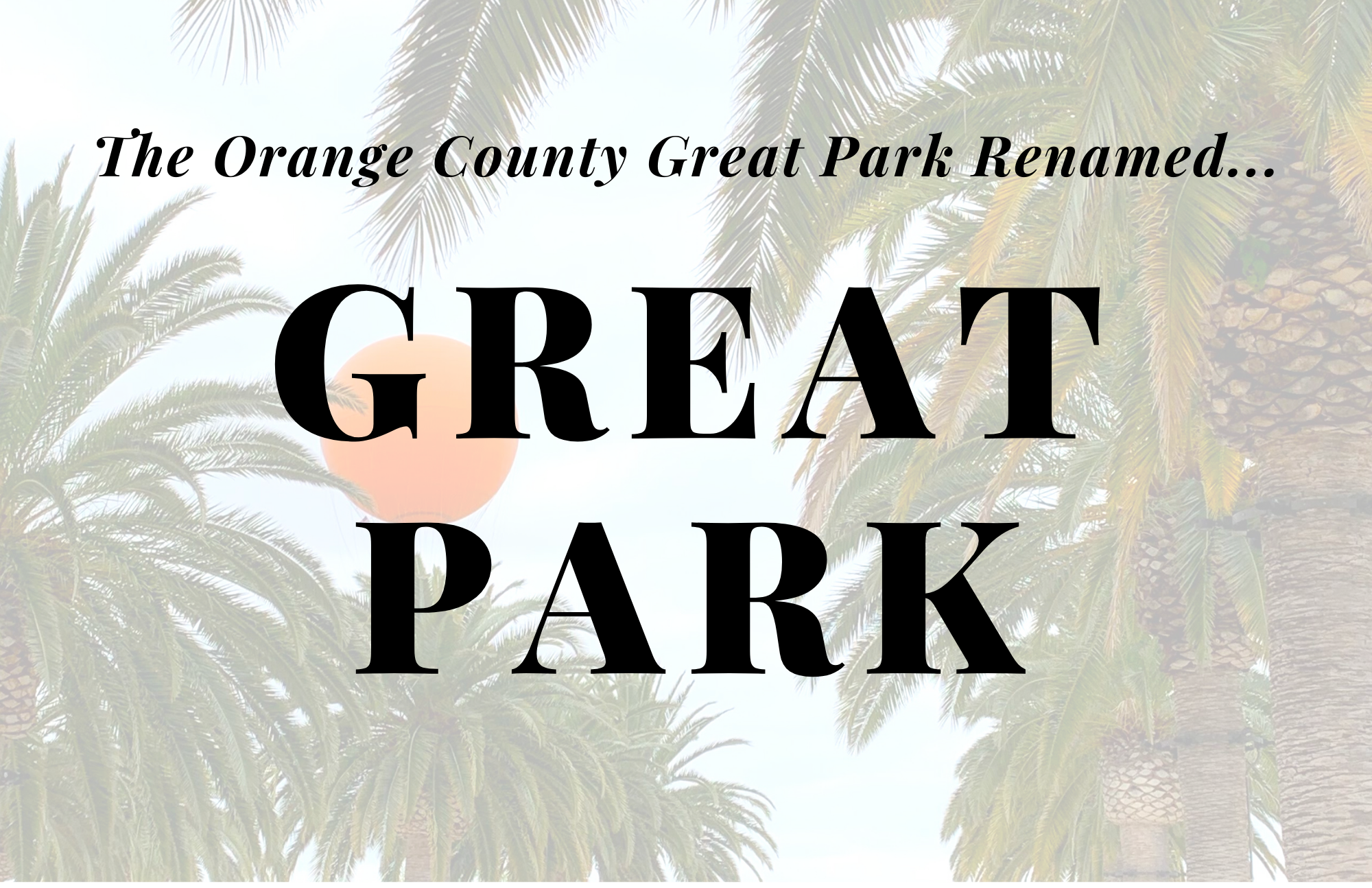 Carroll’s motion came during discussion of Agenda Item 2.3, titled “Great Park Renaming Evaluation.” Under that title appeared the description: “ACTION: Provide direction to staff on the Great Park renaming efforts.” No specific proposed name was identified in the agenda, although the accompanying staff memo mentioned three possible options on its third and final page.

The vote came after nine residents spoke in opposition to the name change. Among them was former Mayor Christina Shea, who characterized the renaming effort as an affront to all the Orange County residents who fought in 2002 for Measure W, by which county voters authorized the creation of a regional park in lieu of the international airport that had been proposed for the site of the former El Toro Marine Corps Air Station. Another speaker, Kevin Corrigan, presented a slide show that summarized responses to a Facebook post by Khan. Of those commenting on Khan’s post, 37 advocated keeping the name Orange County Great Park, 8 supported changing it, and 10 suggested alternative names.

Other speakers denounced the proposal as a waste of money, pointing to a staff estimate that the implementing a name change would cost between $270,000 and $360,000, with no specific funding sources identified. Still others pointed out the minimal publicity given the proposal and the need for a robust effort to obtain public input, as was done prior to the City Council’s vote in May to name a Turtle Rock hill “Sunset Point.”

Following the public comments, Khan stated that our city’s name and amenities “deserve to be highlighted” and called upon residents to accept that the city has “growing pains.” Agran stated his agreement with the public comments, and opined that the costs of a name change were likely to exceed the staff estimate. He pointed out that Carroll’s motion did not include a workplan for implementing the name change. Agran said the fundamental question is “why?” Proponents of the motion offered no answer.

The meeting began at 2:00 p.m., with the City Council meeting scheduled to begin at 4:00. However, discussion of the name change did not begin until 4:25, with the vote occurring at approximately 5:15. Consequently, the Council meeting was delayed by about an hour and a half.