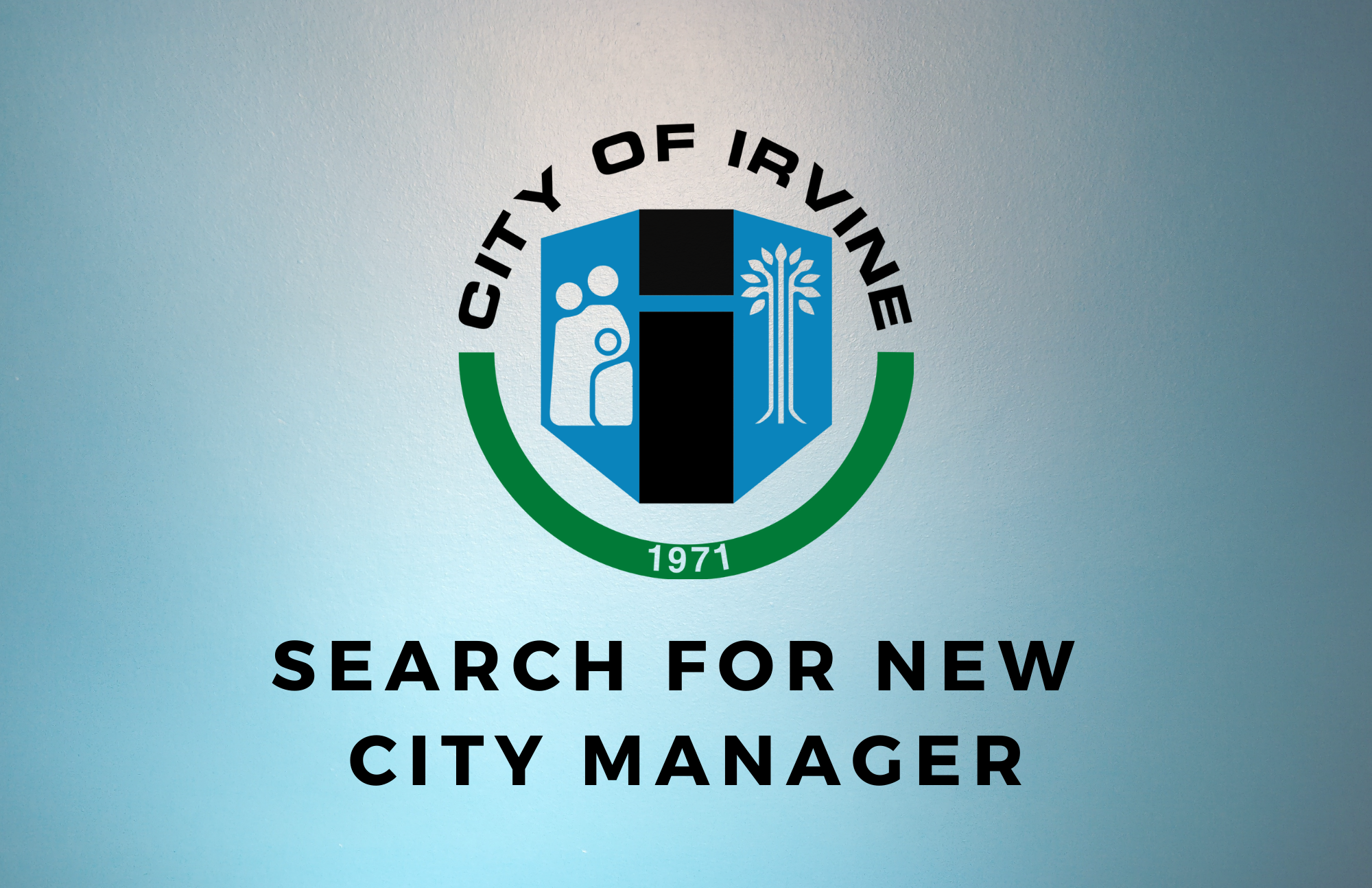 The City of Irvine has hired executive recruiting firm Bob Murray and Associates to conduct a national search for a new city manager. The hiring selection is expected to be announced in September or October 2021.

Irvine’s former City Manager, John Russo, abruptly announced his resignation in June 2020  due to “family reasons” after only 22 months on the job and gave the City three months’ notice. His last day on the job was in September 2020. With a critical open vacancy, the city council announced its desire to conduct a national search for a new city manager. In the meantime, they agreed in a closed session on July 28, 2020, in Agenda Item 1.4, to promote then assistant city manager, Marianna Marysheva, to interim city manager for one year effective September 9, 2020.

Marysheva has over two decades of public office experience and has served as Irvine’s Assistant City Manager since July 2018, before her promotion to Interim City Manager. It is unknown if she has applied for or is under consideration for the open position.

The Role of the City Manager

The City of Irvine has a strong city manager form of government. While city council members are considered part-time and responsible for public policy, the  base pay for most members is $10,560. The interim city manager, however, is full-time and has a base pay of $268,989. The job posting for a new city manager provides a salary range of up to $313,414 in base pay, with the expected total compensation and benefits to be approximately $443,965 a year.

The city issued a Request for Proposal (RFP) on April 21, 2021, for City Manager Executive Recruitment Services and received ten proposals. The RFP closed on May 10, 2021, and Bob Murray and Associates was selected to conduct a nationwide search for a new city manager. A list of final candidates should be identified and provided to the city council for consideration in September.

What are the Required Qualifications?

A job posting by the recruiter reads, “The ideal candidate will need to be self-confident and have an open, approachable personal style. In addition, this individual must be able to provide leadership that will inspire, motivate, and empower department directors and staff to achieve the City Council’s goals. An individual with experience in culturally diverse immigrant communities is also highly desirable.”

Another posting adds requirements as, “A Bachelor’s degree from an accredited college or university in Public or Business Administration or other relevant discipline is required. A Master’s degree is preferred. Experience in local government with at least five years of senior-level executive management experience is strongly preferred. Prior or current experience as a City Manager, Assistant City Manager, or a combination of public and private sector executive experience will be considered favorably. California experience is a plus.”

The city recently launched a survey to solicit public input on what people want in a new city manager, writing, “We are interested in obtaining feedback from the community to guide our recruitment and selection strategies.”

To provide input on what you want in a new city manager, click here.

The recruiter will likely narrow the list of candidates to a few contenders, and then the city council will select a final candidate in a closed session. After that, the candidate’s name and the negotiated employment contract would be put on the council agenda for public comment and the final hiring decision made in a public session.

Richard is an Irvine resident with experience in public policy, government ethics, housing, and public accounting. Richard is Chair of Irvine Watchdog.