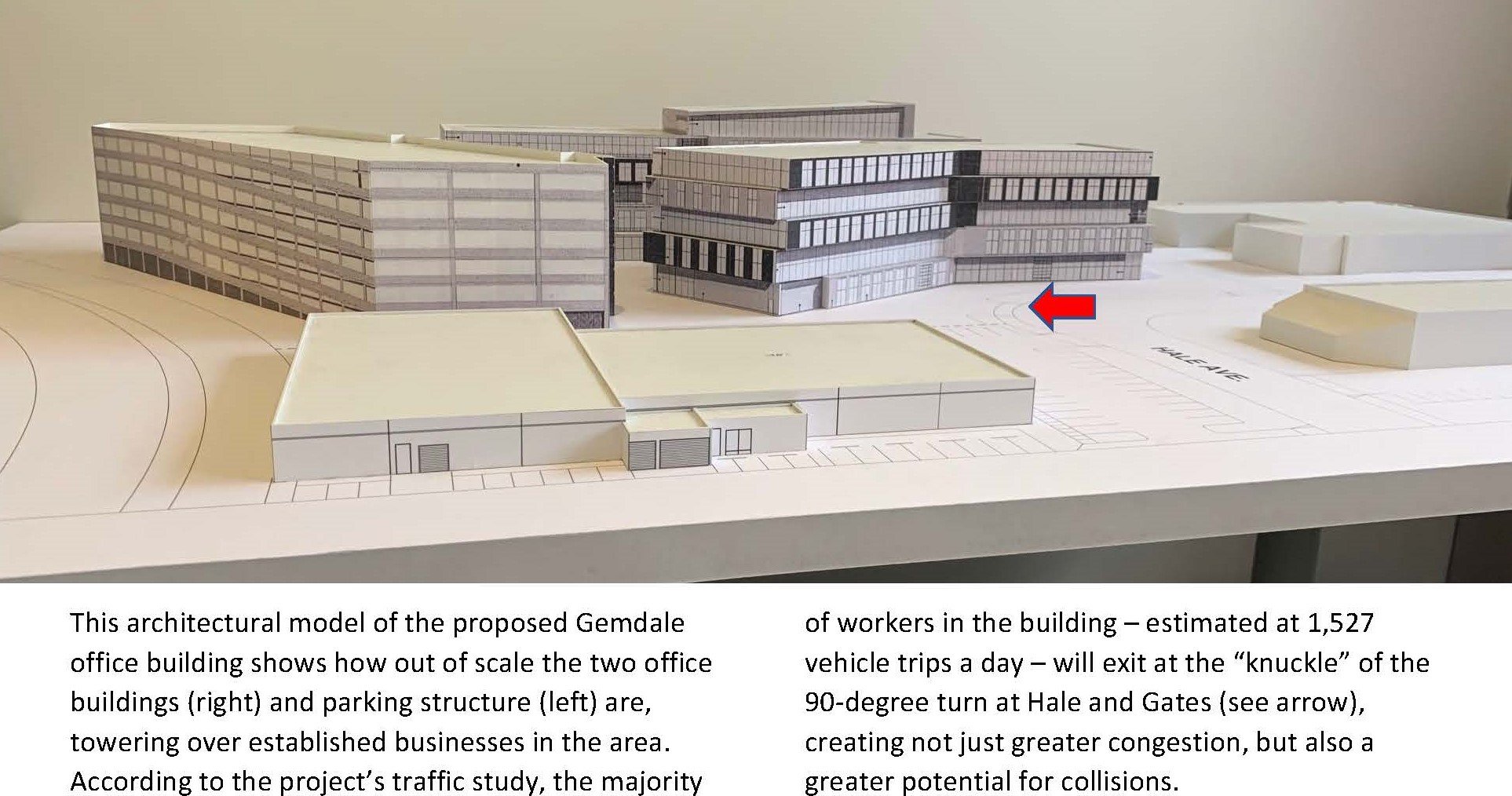 Updated with photo of proposed architectural plans above.

IRVINE, Calif. (August 30, 2021) – In a victory for long-established business owners in the Irvine Business Complex (“IBC”), Orange County Superior Court Judge Kirk H. Nakamura has voided the City of Irvine’s approval of a 600,000 square-foot office complex proposed by Gemdale USA of Pasadena and ordered that a new Environmental Impact Report (EIR) for the project be prepared.

IBC Business Owners for Sensible Development sued the City in August 2020, arguing that Irvine should not have approved the project as it did, based on the 11-year-old IBC Vision Plan Program EIR (“Program EIR”), which did not anticipate a project of this size on the parcel, and should instead have required a site-specific EIR for the project. By using the Program EIR, Gemdale and the City were able to avoid notifying neighbors about the proposed project, not fully evaluate the project’s traffic, greenhouse gas and other environmental impacts, and not consider less impactful project alternatives.

This is the second time the City of Irvine has been told by the Courts that it cannot rely on the Program EIR for projects that were not envisioned in that document. In 2008, Judge Stephen J. Sunvold of the Orange County Superior Court ruled that the City should not have used an earlier 1992 Program EIR to approve an 82-unit condominium project in the IBC. That litigation was brought by Allergan Pharmaceuticals and the Cities of Newport Beach and Tustin.

“The established IBC business owners we represent are deeply gratified that the court took the time to dig into the massive administrative record and come up with the right result for the residents and business owners in Irvine,” said Ed Connor, Managing Partner of the Irvine law firm Connor, Fletcher & Hedenkamp LLP.  “We look forward to working with the City as a new and thorough EIR process is carried out, so reasonable project alternatives and feasible mitigation measures can be analyzed in hopes of reducing the severe impacts of Gemdale’s proposal.”

Peter Swartz of IBC Business Owners for Sensible Development, who owns a building immediately adjacent to the 2400 Barranca site, said, “We business owners were very concerned, not just about the potential impact of this project on our businesses and property values, but also because we had been shut out of the process. We are grateful that Judge Nakamura agreed with us and has given us our rightful opportunity to have a say in what will be built at 2400 Barranca.”

As proposed, Gemdale’s 2400 Barranca Project would have two office towers totaling 275,000 square feet and a seven-level, 1,044-space parking structure, for a total of almost 600,000 square feet of new structures. That would be nearly a 1,000% increase over the existing one-story structure currently on the site. The project would generate 3,787 new daily vehicle trips from a site that was allocated just 758 daily trips in the Program EIR.

A copy of Judge Nakamura’s ruling is attached.