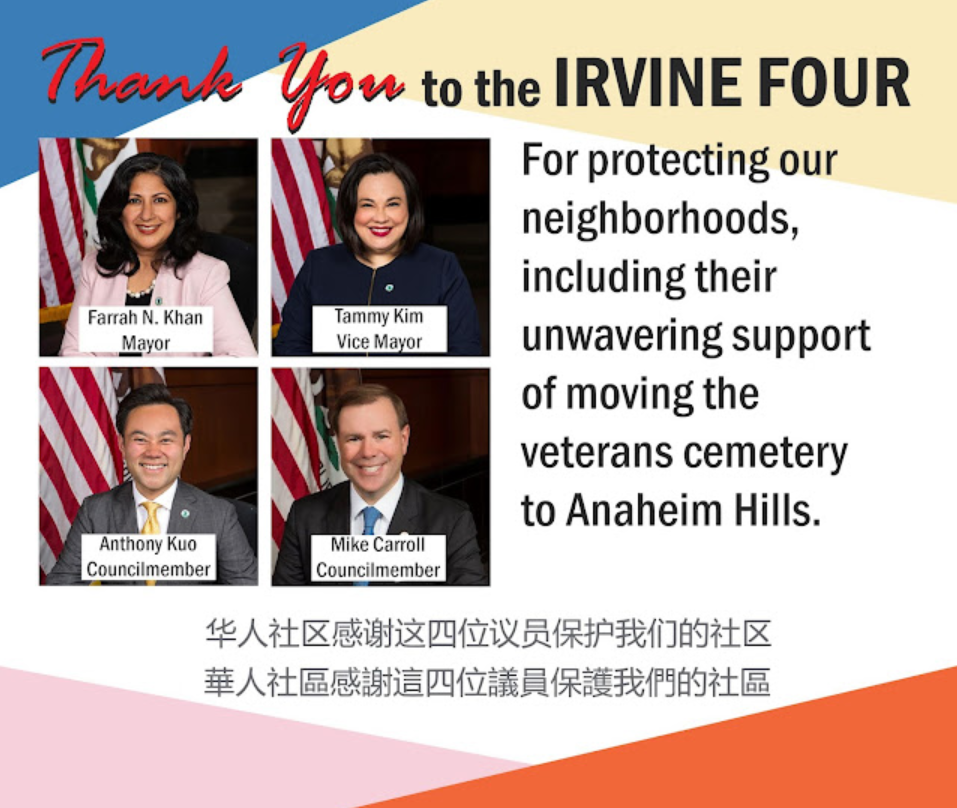 Over the Labor Day weekend, Irvine residents received a political mailer without any disclosure of who sent it, who paid for it, and how much it cost — a clear violation of the Fair Political Practices Commission (FPPC) Political Reform Act.

Disclosures are required by the FPPC to “promote transparency in government and to foster public trust in the political system.”  Organizations producing slate mailers must identify themselves on the mailers with a notice such as this:

Irvine Watchdog was notified about the mailer by residents in the villages of Woodbury, Portola Springs, and Woodbridge. One Woodbridge resident alerted the public on social media and commented, “Due to the size and quality of the card I imagine it cost quite a bit plus postage.”

Below are front and back photos of the mailer:

Mailers are just one of many methods used by special interests to influence your vote. Other tactics used to gauge and influence voter support include telephone surveys, email surveys, social media ads, and social media influencers — all of which will increase exponentially as we approach the November 2022 Irvine City Council election.

This mailer leaves us wondering:

Why were these mailed anonymously?

Who can afford such mailers and where did they get all the addresses that they were mailed to?

Who stands to benefit from the veterans cemetery being built in Anaheim Hills instead of Irvine?

Emile Haddad of Fivepoint recently told the Orange County Business Journal (OCBJ) “that another 5,000 homes or so could be built on his Irvine-based company’s land at the former El Toro marine base if the city OKs a deal” and that “his primary goal is to work on big-picture ideas to boost stockholder value” and “fulfill the company’s dream for the Great Park” according to the OC Register.

Haddad striking an optimistic tone stated, “we have a great partnership with the city of Irvine.” His firm Fivepoint and Irvine Co. have had “a lot” of discussions with the city over how to move forward on seeking new entitlements. “If you’re asking me, ‘do I feel good about that happening?’ The answer is ‘yes,’” he told the OCJB.

Fivepoint is the city of Irvine’s partner in the Great Park development and according to the Voice of OC, one of the largest campaign contributors in Irvine politics.

Our five City Council members hold all the deciding power on development in the Great Park since the four at-large Directors were removed in 2013 in a 3-2 vote.

Many development plans in the Great Park hinge on the decision of the veterans cemetery location. Potential revenue for commercial and high end housing development are estimated in the billions.

Whatever the source of these mailers, they are not transparent and they violate FPPC rules in their anonymous attempt to sway voters.

It is up to voters to do their due diligence and examine each candidate and councilmember, from their campaign promises to their votes on the dais.

There is nothing more powerful than a well-informed electorate.