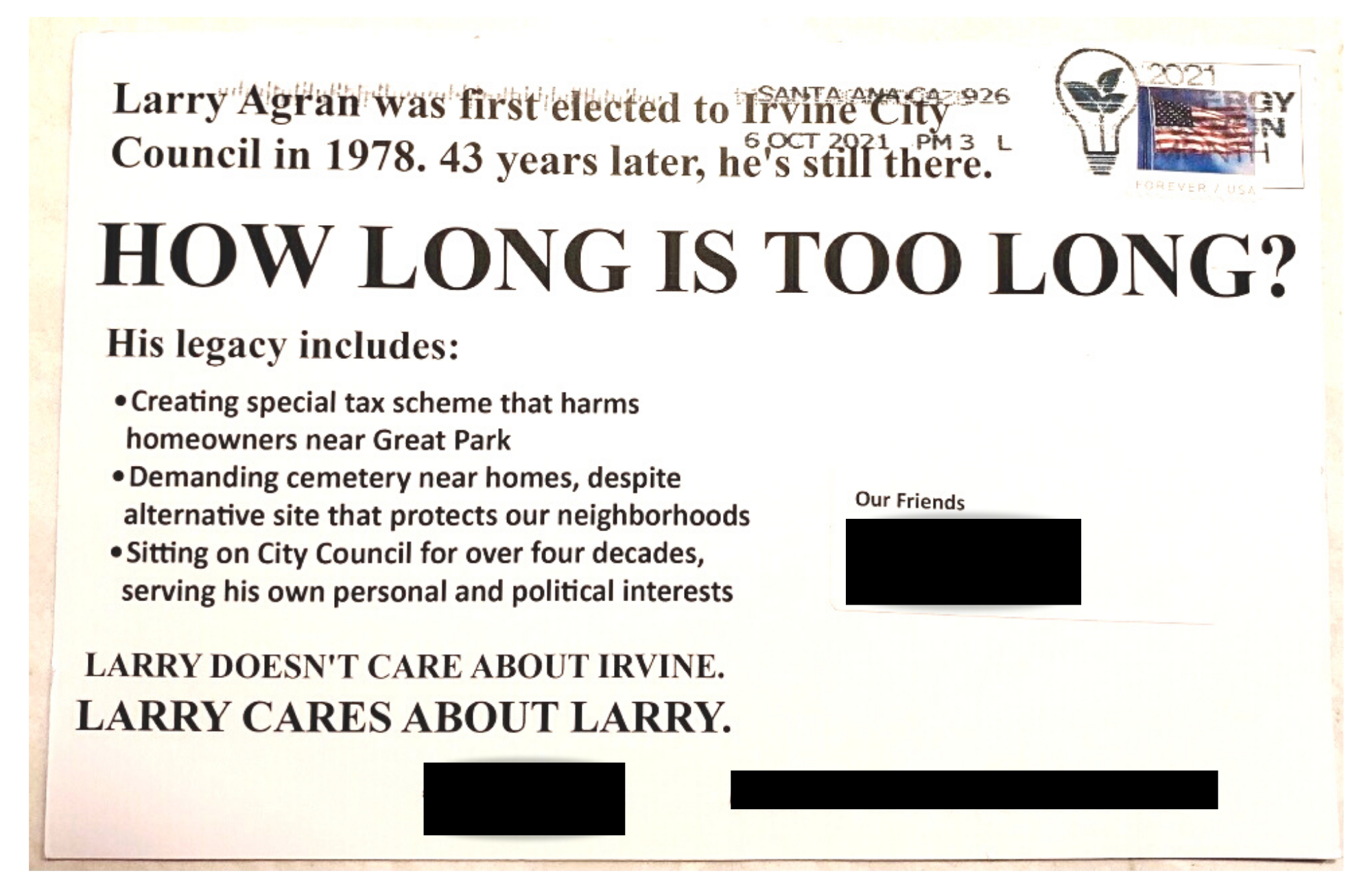 Irvine residents have again reported receiving anonymous political mail attacking Councilman Larry Agran. The postcard shown above is the second mailer sent anonymously in recent weeks. As previously reported by the Irvine Watchdog, an earlier mailer was received by a number of residents in September.

The prior mailer promoted what it called the “Irvine Four”, which are all of the current city council members except for Councilman Agran. Like the postcard above, the prior mailer piece had the same unusual wording of “Our Friends” on the address label, indicating a possible connection.

Who is Behind the Mailers?

The individuals or organizations behind these mailers failed to disclose their identities. Hence, as the investigations continue, we can only speculate on who might most likely finance mailers like these.

Here are few questions to consider:

These Mailers Lack Transparency and May Violate the Law

The most recent mailer is another possible violation of the Fair Political Practices Commission (FPPC) Political Reform Act. The FPPC requires disclosures on mailers like this one to “promote transparency in government and to foster public trust in the political system.”

The Transparency organization Open Secrets writes, “Citizens who are barraged with political messages paid for with money from undisclosed sources may not be able to consider the credibility and possible motives of the wealthy corporate or individual funders behind those messages.”