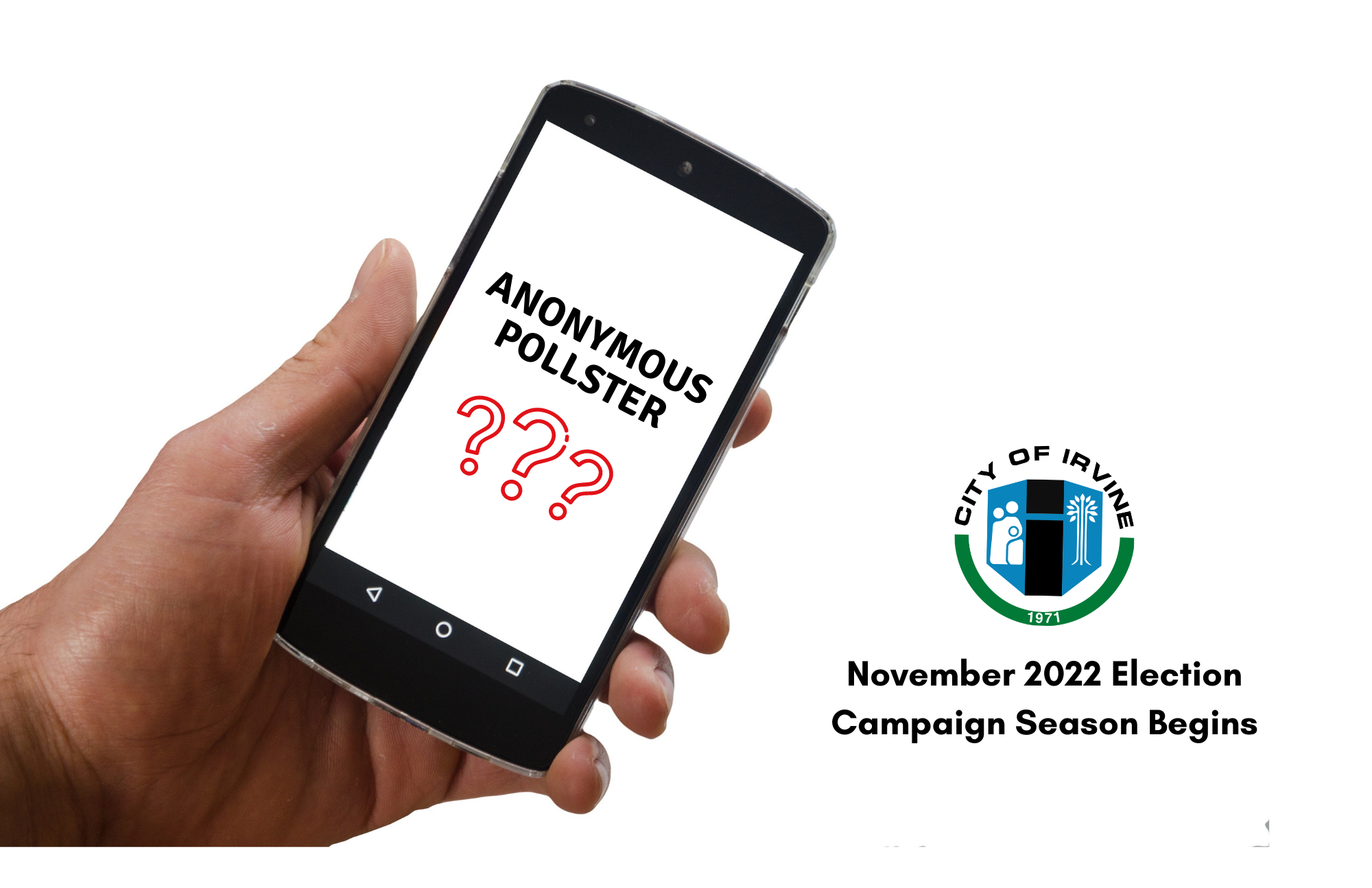 Has your phone started ringing with “caller unknown” calls?  Some brave Irvine residents who have answered these anonymous calls are getting quizzed on their opinions of candidates, and on other Irvine issues, with a focus on the Orange County Power Authority (OCPA).

It is awfully early for the polling to start given that the election isn’t until November 2022. But special interests are always ready to get ahead of the game. At one time — before my eyes were opened to the true nature of city politics — I anxiously and enthusiastically answered these polls. I wanted to have my opinion influence the shape of our awesome city’s future, so I was eager to be heard by those running for office.

But the fact that polling in our municipal politics is so rife with abuse demands that we watch it closely, identify the true intentions behind it, and do our best to discern the hidden actors behind those intentions.

Legit Polling or Digging Up Dirt?

So, who is behind this current line of questions being asked? That remains unclear. But Watchdog has learned that the following questions were included in the survey, which we report to you so that you can make your own informed decisions about the special interests at work in our politics, and so that you can avoid serving as an unwitting participant in anonymous political tactics that you would not otherwise support.

How Will You Answer?

What will you do when your phone rings?  Personally, I would go through the poll answering only “I don’t know” just so I can hear the questions. But I hope you will consider declining to participate because the best answer to the special interests and their paid political operatives is to stay informed, demand transparency and accountability in government, and not allow their campaigns of misinformation and manipulation to have free reign over our elections.