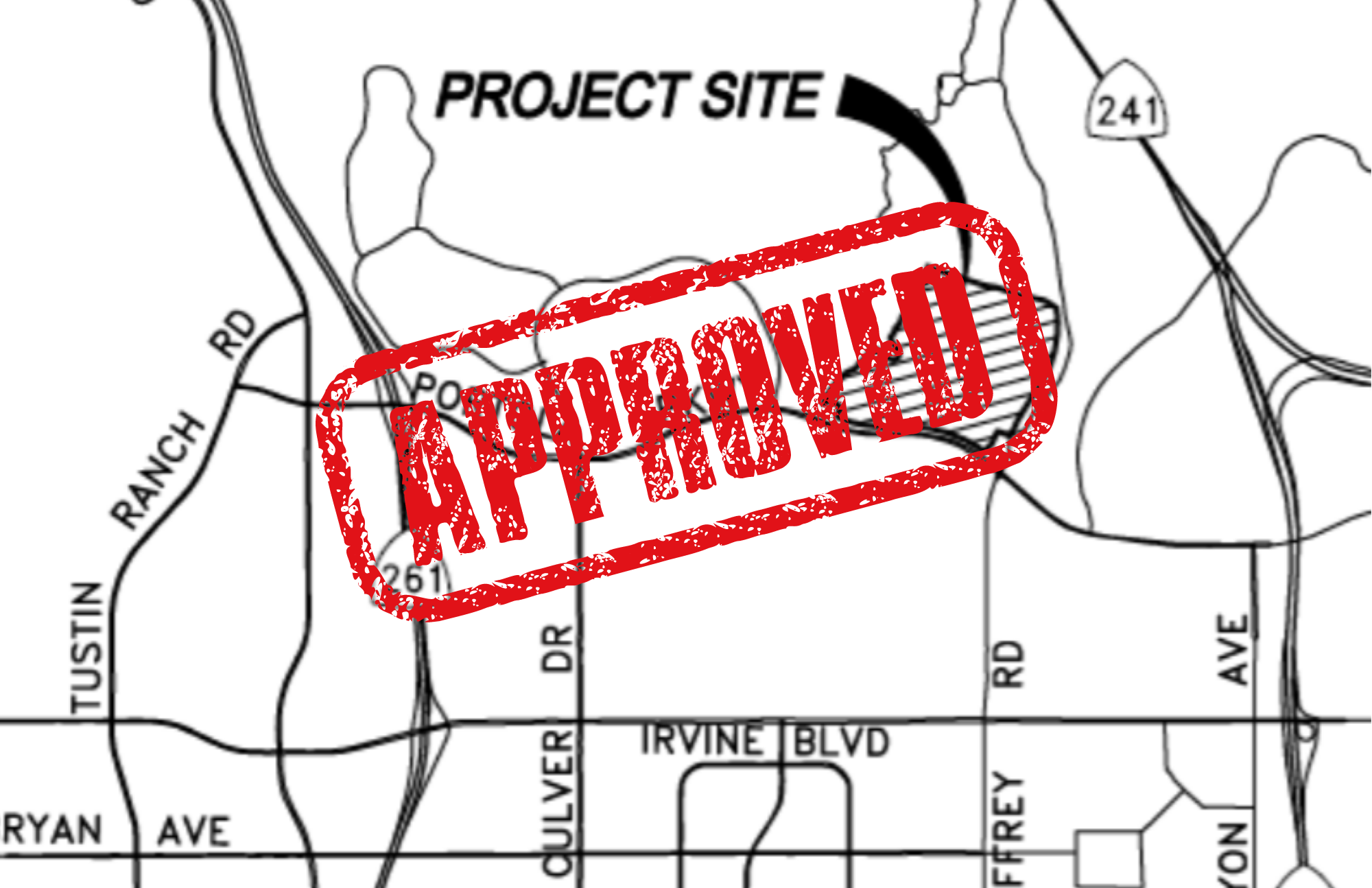 On November 4, 2021, the Irvine City Planning Commission voted 4-1 to approve The Irvine Company’s tentative tract map and master landscape plan for Neighborhood Four of Orchard Hills, situated a little over a half-mile away from an asphalt plant.

The Planning Commission was originally going to decide on October 21, but the matter was continued to November 4 after receiving strong pressure from various residents and community groups concerned about the nearby All American Asphalt (AAA) plant. It is believed that AAA emits potentially high levels of toxins and odors into the air.

The November 4 meeting was significantly more subdued than the October 21 meeting. Hours prior to the meeting, Kim Konte, co-founder of Stop Toxic Asphalt Pollution (STAP), released a statement on STAP’s Facebook social media page calling for a halt in public statements against AAA and indicating cooperation between STAP and The Irvine Company concerning communications with AAA. That set the tone for the meeting.

Jeff Davis, The Irvine Company representative, began by thanking certain members of the community for discussions they had over the course of two weeks. Davis asked the Commission to approve the tract map and landscaping plan on condition that The Irvine Company continues to have talks with AAA, and that additional independent air quality studies are conducted, with input from the community.

Public comments were largely positive. Irvine resident Tom Hazzard said it was the first time in a very long time he felt heard. After the October 21 meeting, Hazzard received phone numbers from Commissioner Mary Ann Gaido (appointed by Councilman Larry Agran) and Commissioner Jong Limb (appointed by Councilwoman Tammy Kim) so he could call them when the odor is present for them to experience first hand. Both Councilmembers responded to Hazzard’s call, with Gaido describing the odor she inhaled in the North Irvine area as “very strong…very toxic smelling” and adding she was “shocked” by the odors.

Most of the Commissioners expressed general approval for The Irvine Company’s petition when including the contingencies expressed by Davis. Chair Pro Tem Christine Knowland (appointed by Councilman Anthony Kuo) felt The Irvine Company did not adequately address community concerns up until the past two weeks, but was pleased with the recent dialogue. Commissioner Limb also expressed thanks for improved communication between The Irvine Company and residents, but warned that this was not the end of the issue and he will wait to see the results of the independent study. Vice Chair Stephen Huang gave high praise to The Irvine Company and also thanked public participation from high school students during the October 21 meeting before meandering on the topic of his High School alma mater, University High School.

Gaido came out as the strongest voice against approval of The Irvine Company’s petition. Addressing North Irvine residents, Gaido stated “I really feel that your health is in danger.” She further emphasized the need for AAA to cease operations and asked Davis if he would agree not to build any new homes in Orchard Hills until AAA was no longer operational. Davis declined to agree, explaining that he did not have power or authority over a third party such as AAA.

Chair Jeff Pierson (appointed by Councilman Mike Carroll) motioned to approve the petition with additional contingencies, including asphalt plant disclaimers added to closing documents on homes bought in zone four of Orchard Hills. Vice Chair Huang seconded the motion. Gaido went further in requesting that The Irvine Company provide more robust disclaimers and informational pamphlets to prospective homebuyers at the sales office during open house. Davis responded by agreeing to all contingencies proposed at the meeting.

The Commission approved the motion, including all enumerated contingencies, 4-1, with Gaido the lone no-vote, explaining that she, after experiencing the fumes first hand, “cannot in good conscience approve it.”

The Irvine Company moves a step closer toward building more Orchard Hills single-family luxury homes. However, as Commissioner Limb implied earlier, this is far from over.