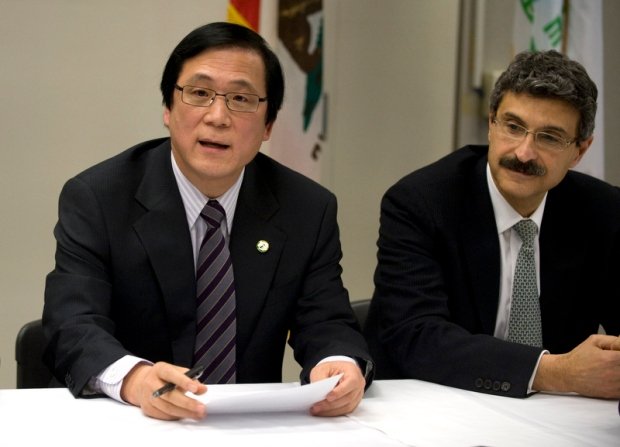 In the previous article in this series on Great Park development, I wrote about the FivePoint’s 2011 new plan for the Great Park and FivePoint’s call for good faith. In this article, we will see how each of the 2011 council members voted on FivePoint’s “new plan.” In addition, we look at some of the concerns the council members expressed regarding the new plan.

At the August 30, 2011 city council meeting, the Irvine city council voted 3-2 to have a first reading to approve FivePoint’s proposed new plan. Mayor Suhkee Kang made the motion.

Agran agreed with many of the details in this new plan for the Great Park. However, he did have some concerns. Lack of concrete language written into the agreement regarding two items was Agran’s main criticism.

FivePoint had negotiated a deal with the Irvine Unified School District to build a high school near Irvine Boulevard (its current location). Due to details in California’s SB50, building the school at this location gave FivePoint $60M in California state money. If the high school had been built near the Great Park sports complex, the City would have received the $60M.

At the time, Mayor Kang stated that this new plan marked the beginning of a “new chapter” in Great Park development. Looking back now, what would you say? Did this turn out to be mostly a good, bad , or mixed chapter? And was the Irvine city council majority vote on this wise?

It has been ten years since FivePoint and the City made this agreement. Considering that, what do you say? Was the good faith in FivePoint justified? Please include your thoughts in the comments.

*See the previous post in this series on Great Park development for more details on what was included in FivePoint’s 2011 new plan.

This is the fifth article in a series on Great Park development and entitlement numbers. Up next is “FivePoint’s Great Park Home-Building Entitlements: The 2012 Irvine City Council Majority Shift and A Doubling of the Homebuilding Numbers.”