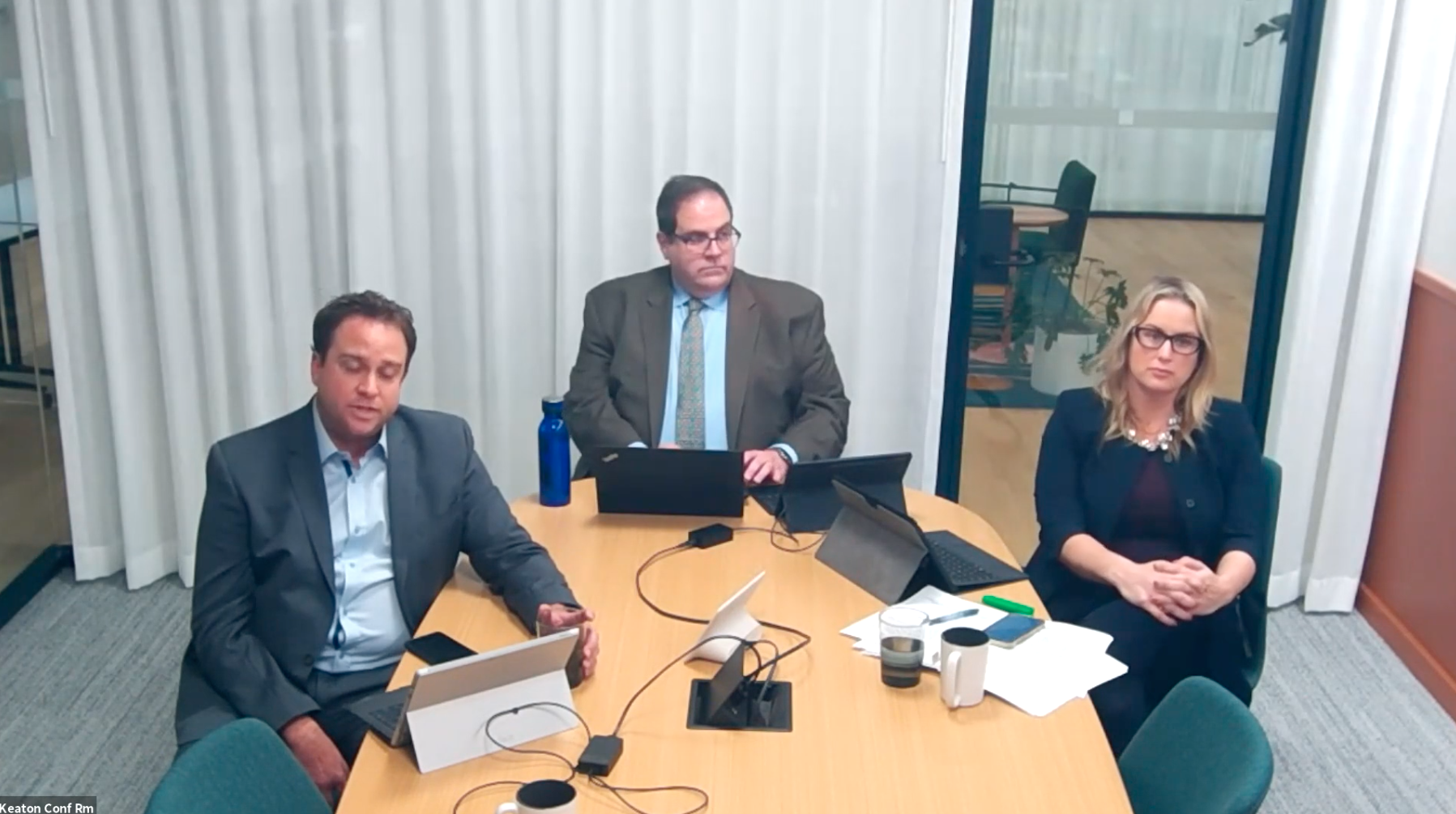 OC Power Authority CEO Brian Probolsky, who was already the subject of scrutiny due to his lack of experience  in the energy industry, lack of college degree, and his record of ethics violations, drew even more attention to himself last week with his treatment of a female employee, COO Antonia Castro-Graham, during the November 9th OCPA board meeting.

According to sources who watched the meeting live via Zoom, Probolsky followed COO Antonia Castro-Graham out of the meeting room and appeared to yell at her in a corridor within view of the Zoom attendees. The incident was visible through a glass door and happened as OCPA’s General Counsel responded to questions from Board Chair and Irvine Councilmember Mike Carroll on litigation between OCPA and the California Public Utilities Commission.

According to UC Irvine Professor Kathleen Treseder’s recollection of the event,

“I was watching the OCPA meeting during the public comments prior to the closed session, and the OCPA’s conference room was the main window in my Zoom view. Brian Probolsky, Antonia Castro-Graham, and Ryan Baron were sitting in the conference room. The camera faced the table where they were sitting, and there was a glass door in the wall behind the table. I saw Ms. Castro-Graham stand up and leave the conference room through the glass door. I could see her through the glass door. She was talking on her cell phone. Mr. Probolsky stood up, jerked the door open, and approached Ms. Castro-Graham in the hallway. He appeared to be yelling at her, although I could not hear. He then turned around and tried to re-enter the conference room. He couldn’t open the door, and walked away. I couldn’t see him at that point. Ms. Castro-Graham remained on the phone. I heard a woman say in background chatter, “he’s flipping out”.  Shortly after that, I heard another woman say in background chatter something to the effect that “he won’t fire you” and “he needs to talk to me about it.”  He then returned with another woman who opened the door for him.”

“He knew he was on camera, so I’m surprised he wasn’t in better control of his behavior under those circumstances. It bothered me enough that I decided to forego my prepared comment during the general public comment period at the end of the meeting, and instead mention what I’d seen. I hope the Board addresses this issue. I also wonder if similar incidents have occurred out of camera view.”

A conversation between Castro-Graham and OCPA Clerk Shauna Clark can be heard seconds after the yelling incident, indicating Castro-Graham may have felt threatened by Probolsky. Here is the part of the meeting where Castro-Graham can be heard in the background saying, “Brian is totally flipping out.” Clark responds, “You’re not going to get fired, he needs to talk to me. I’m the one that…”

Having witnessed this incident live during the meeting, Treseder felt compelled to bring it up during her general public comment at the end of the meeting. Treseder’s public comment can be heard here and is transcribed below:

“… The other thing I want to mention, and I really am uncomfortable mentioning this but I don’t know a better forum to do this in. Earlier this meeting, right before we were going to closed session, I saw Ms. Castro-Graham step out into the hallway and I was watching on Zoom and so I could’ve misinterpreted things I don’t really know, but it looked like Mr. Probolsky followed her out there and maybe yelled at her, I don’t know, it was hard for me to read, obviously I didn’t have audio I was just looking at the visuals. And if he did yell at her I just want to say that’s not ok. Yelling in the workplace is not ok unless somebody’s life is in danger or something like this. And then second, I was trying to look and see where I could report this. I’d rather not report this in a public forum, but I was looking on the OC Power Authority’s webpage under policies and things like that and I couldn’t see any pipeline for reporting conduct like this. So it also made me wonder what about for the current employees, do they have a way to report any potential misconduct by other employees? What’s the policy for OCPA? Thank you.”

On November 18th, OCPA Board Member and Irvine Mayor Farrah Khan stated on social media in an unrelated post that “as a leader in this City [she] will always fight against and call out… misogyny.” The OCPA needs to investigate this incident and any possible past incidents involving employee misconduct and put a policy in place to protect its employees.

To watch the entire meeting and hear all the public comments, click here.