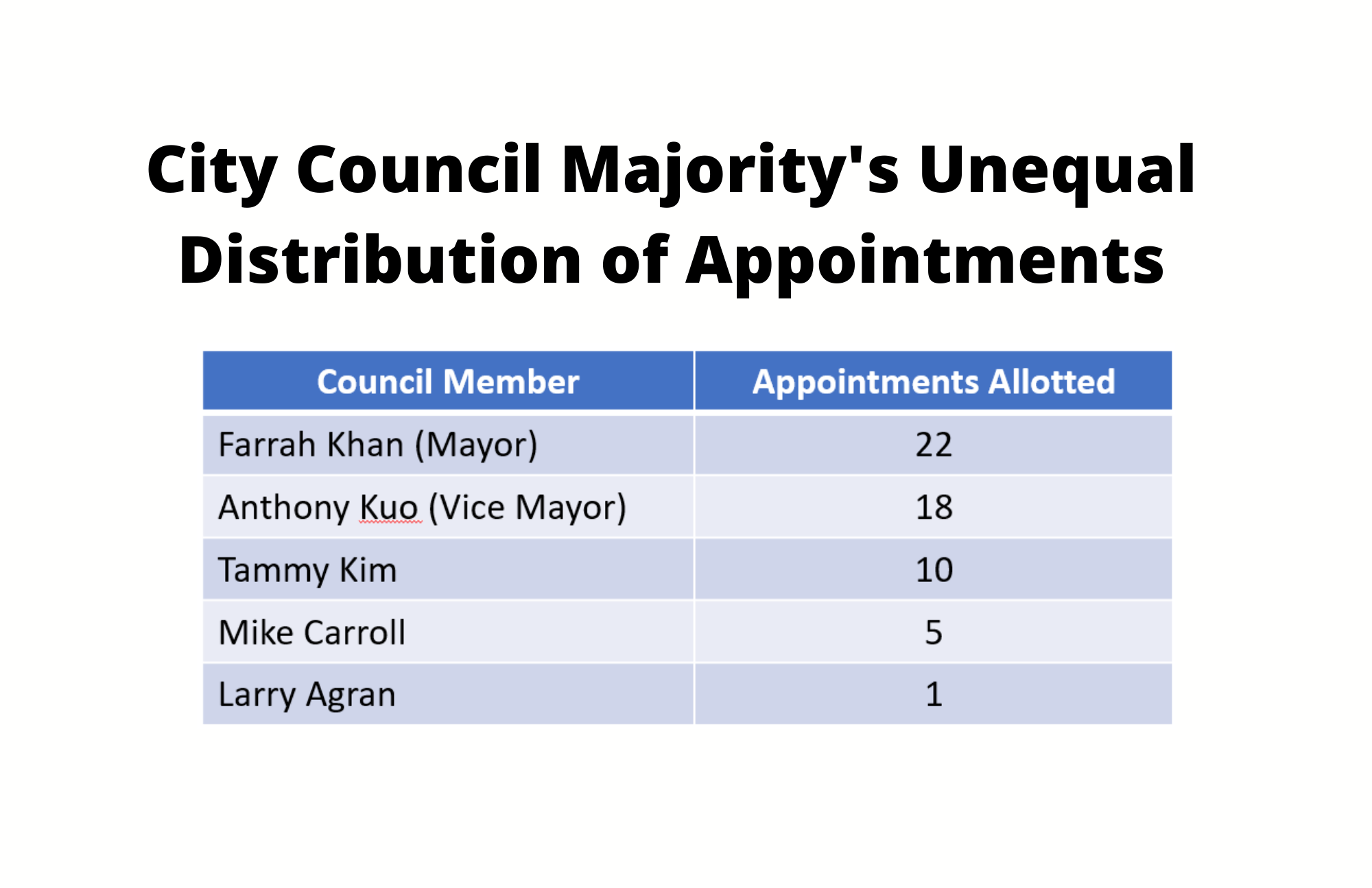 Each City Council member should be equally able to participate in the City Council’s decision making process.  Council members should also be equally responsible for representing the interest of the City of Irvine and Irvine residents, not only during City Council meetings, but also on the various city and outside agency boards, committees and task forces they are appointed to sit on.

The various committees make decisions and recommendations on issues, such as city services, infrastructure and financial obligations, which may then be presented to commissions for input before presentation to the City Council for approval. Council member appointments not only should be divided equally, but they should also be varied in focus and purpose.

Irvine’s policy in the past almost 50 years gave City Council members and the Mayor equal responsibility for, and ability to, participate in Irvine’s decision making process. In December of 2020 the Irvine City Council approved making permanent the “Rule of 2” policy, which “limits individual council members’ abilities to set the agenda, requiring at least two members’ support on an item before it can be discussed by the panel.

The mayor is not restrained by this policy and can agendize items at will. This rule has served to prevent Council members from representing the interest and concerns of Irvine residents on meeting agendas. Read Voice of OC’s coverage of this decision.

Then on January 11, 2022 the City Council voted for unequal distribution of Council member appointments to City boards, committees and task forces, and to outside agencies.

City policy should require an equal distribution of appointments. City representation is the duty and responsibility of each Council member; it is not an option.

Where’s the Oversight to Ensure That Appointments are Appropriately Distributed?

According to Irvine’s City Clerk, the oversight role is performed by the City Council when they approve the Mayor’s recommendations.

Public Participation is an Important Ingredient of a Representative Democracy

Robust public participation by Irvine residents is important to inspire the creation of a truly representative decision making process in Irvine that is responsive to their needs, interests and concerns. If we work together, we can make a difference and create change.