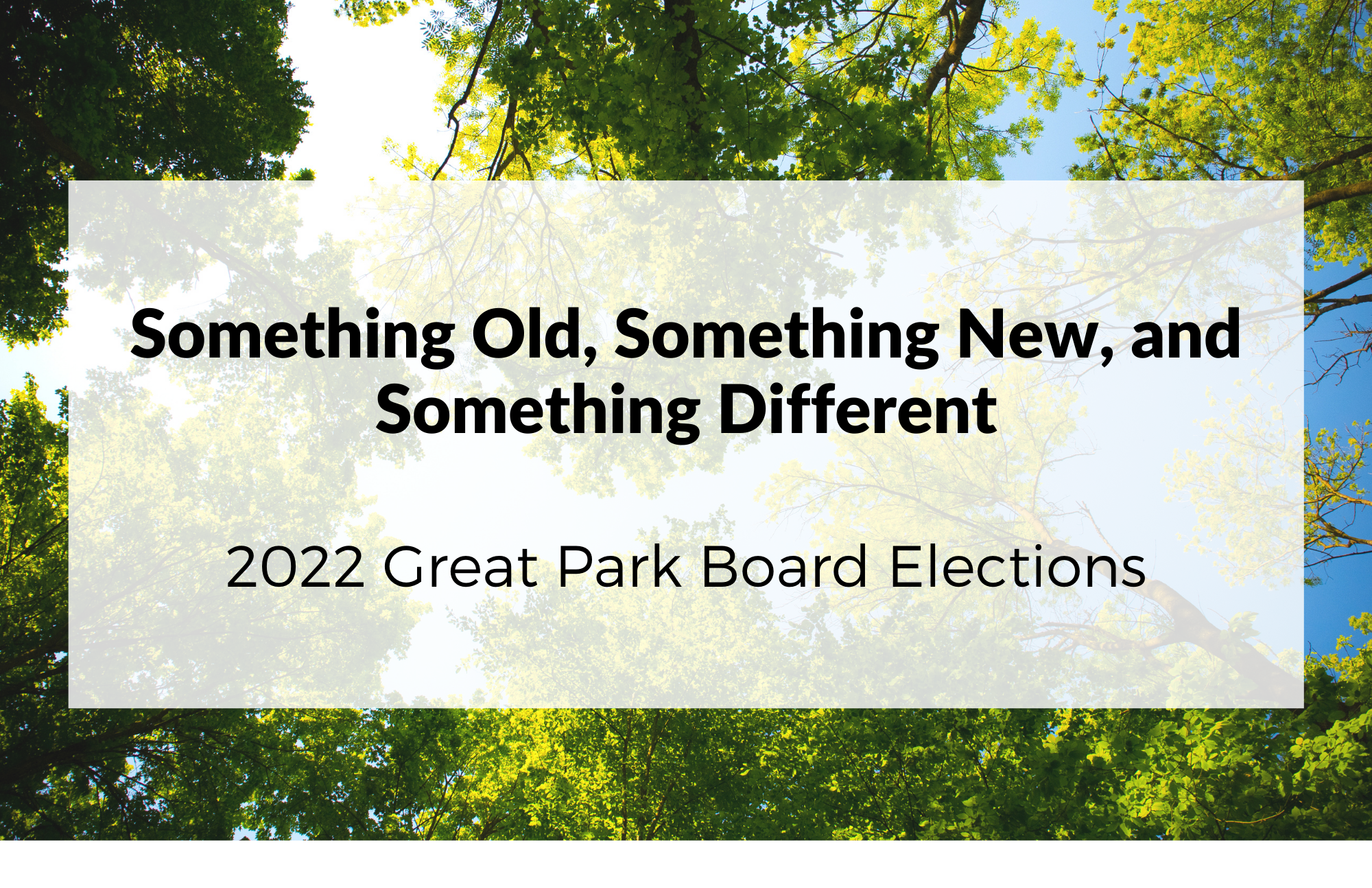 The Great Park Board consists of five directors. These directors are also the five Irvine City Councilmembers. However, this was not always the case.

At one time the Great Park Board consisted of nine directors: four independent members as well as the five Irvine City Councilmembers:

“In January 2013 the minority on the council became the majority and dismissed the 4 independent directors. Their goal was to change the way the park was being developed, shifting more responsibility to the private sector.” — Smart Cities Dive, May 2014

Something Old and Something New: The 2022 Great Park Election Results

Something Old – The Great Park Board re-elected Farrah Khan as Great Park Chair.

ACTION: Moved by Director Carroll, seconded by Vice Chairman Kuo, and unanimously carried to re-elect Director Farrah Khan as Chairwoman, and Director Kuo as Vice Chairman, of the Orange County Great Park Board for the ensuing year.”

From the 2021 Great Park meeting minutes:

“Marianna Marysheva, Interim Executive Director, noted that at the request of Chairwoman Khan, two options were available for the election of Chairperson and Vice Chairperson, which included individual nominations or a combination of both….”

The Great Park directors made no other nominations. With a 5-0 vote, the Great Park Board affirmed Kuo’s slate nomination of Khan as 2022 Chair and Carroll as 2022 Vice Chair.