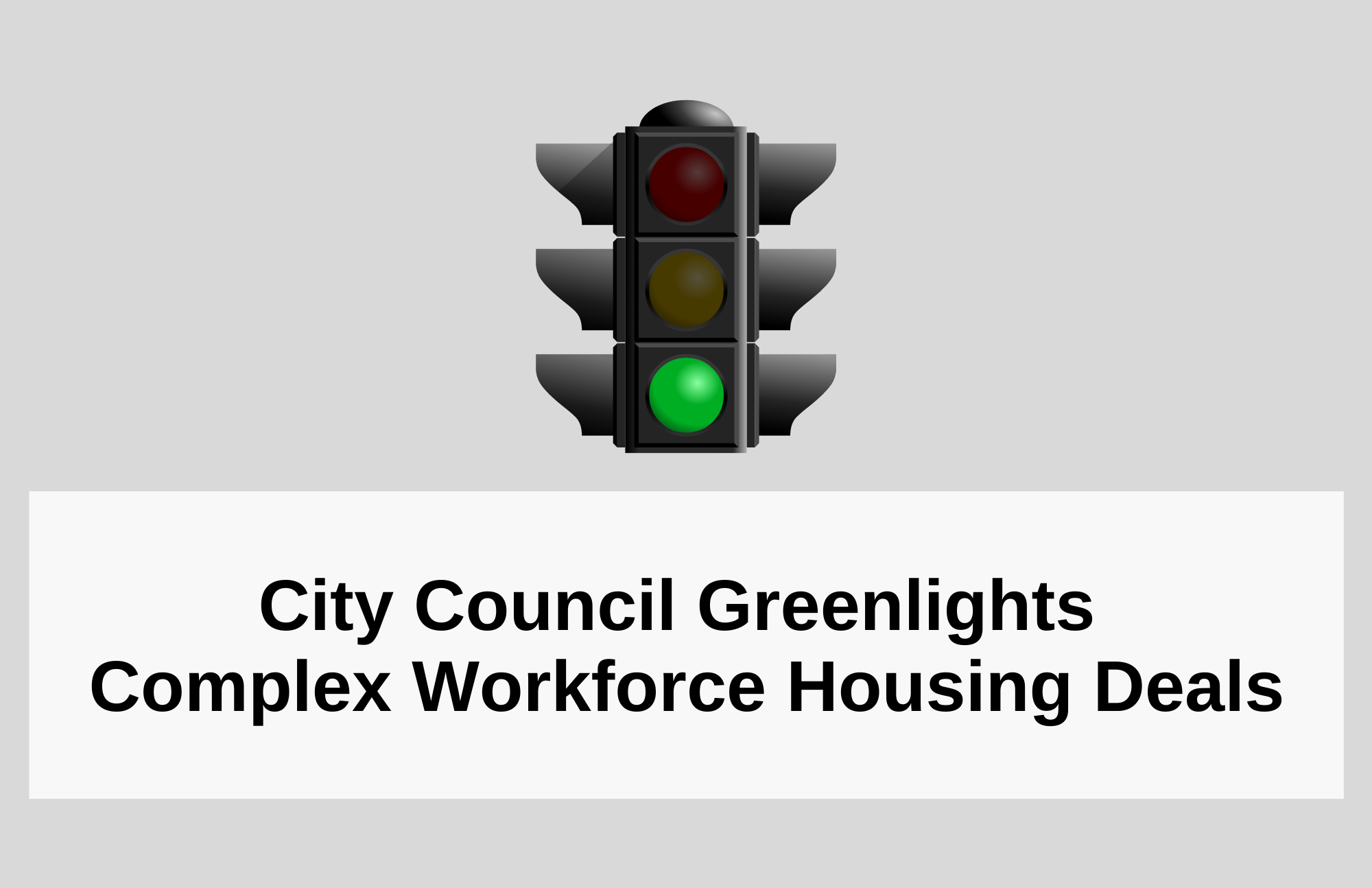 The staff report for the Royce proposal summarized it as follows:

“Waterford Property Group (Waterford) and the California Statewide Communities Development Authority (CSCDA) propose to acquire and convert The Royce Apartments into middle income rental housing restricted for households earning between 80% and 120% of area median income (AMI). To facilitate the transaction, the City of Irvine would execute a joint powers agreement with CSCDA and enter into a Public Benefits Agreement. Thereafter, CSCDA proposes to issue approximately $398.8 million in tax-exempt bonds to finance acquisition, maintenance and operations of The Royce Apartments.  Rent restrictions would expire upon full repayment of the bonds, which are projected to be paid off in 35 years.”

“The proposed tax-exempt bond financing requires that the city and other taxing entities forego property tax payments … for 35 years, enabling CSCDA to restrict rents at below-market while ensuring project stability. Once the bond has matured, the City would be entitled to own the property or collect excess sales proceeds.”

According to the staff report, the Royce Apartments would be exempted from paying approximately $77.1 million in property taxes over 35 years. This would include a $3.6 million loss of tax revenue to the City of Irvine, with school districts and other local taxing entities losing the remainder. Staff indicates that school districts are eligible to receive state “backfill” funding under Proposition 98 to replace the lost revenues. Notwithstanding the lost tax revenues, staff estimated a net public benefit of $23.2 million, primarily due to an estimated $42 million in tenant rent reductions over the life of the project.

Sean Rawson of Waterford gave a presentation in favor of the Royce proposal. In response to questions, he noted rising interest rates and pressed for final approval by the Council, stating that he hoped that the bonds could be issued in about two weeks. (On November 19, 2021, Rawson donated the maximum allowed, $550.00, to Khan’s re-election campaign, according to the campaign’s finance disclosure Form 460. The form lists Rawson’s occupation as Real Estate Developer and his employer as Waterford Property Company. There was no mention of the donation at the meeting.)

The structure of the Toscana Apartments proposal is similar to Royce, but the developer is Catalyst Housing Group and the bond issuer is the California Municipal Finance Agency Special Finance Agency. Unlike Royce, the 563 units would not be equally allocated among the three income groups. Rather, a majority (310 units) would be allocated to those earning up to 120% of AMI. Of the remaining units, 56 units are currently reserved for those earning a maximum of 50% of AMI, and would continue to be. The remaining 197 units would be designated for those earning up to 80% of AMI, including 28 units so restricted currently.

As with Royce, the Toscana Apartments include studio, one bedroom and two bedroom units.  The average current market rate for new leases is $2,882, but the proposal would allow initial rents up to an average of up to $3,800 for the 310 units in the 120% category. Catalyst proposes to set actual rents at about $150 per month below the current market rate. Staff notes that: “While the Regulatory Agreement will not prohibit rents from being set at market rates if the market rate is below the maximum allowable rents, Catalyst has stated its policy is to have the restricted rents set at least five to ten percent lower than market rents.” (The staff report is available here.)

Staff estimates that the Toscana property would be exempt from approximately $76.1 million in property taxes over a 35 year period, including $3.2 million to the City of Irvine. Staff estimated a total public benefit of $28.3 million, including $4.4 in tenant rent reductions. Nonetheless, these benefits would not be sufficient to totally offset the tax losses, and staff initially estimated a net overall public benefit of negative $10.4 million. At the Council meeting, staff reduced this number to negative $7 million.

In contrast, staff states that total sponsor compensation over 35 years is $11.9 million, including $10.2 million to Catalyst as Project Administrator and $1.7 million to CMFA as bond issuer.

The Council considered the two proposals separately, but there were common themes in their discussions. Agran expressed concerns about financial risks associated with the highly leveraged projects, as well as the loss of tax revenues, not only to the city but to the county and school districts. He noted that even if the state “backfills” revenue lost by school districts, Irvine residents also pay taxes to the state and county. Kim, an unabashedly enthusiastic booster of the projects and workforce housing generally, dismissed worries about lost tax revenue, asserting that the county’s losses would be insignificant relative to its large budget.

The Council also addressed some additional factors pertaining to the Toscana proposal. Agran noted that the buildings were constructed in 1991, and would be 65 years old by the time the City took title to the property. Catalyst founder Jordan Moss gave assurances that the buildings would be renovated and well-maintained, and Kim stated that being from the East Coast, she is accustomed to older buildings and not concerned.

Negotiations on the Toscana proposal are less advanced than on Royce, leading staff to suggest to the Council the alternative of deferring approval until it came back with a final deal. Agran stated his discomfort with giving final approval to a deal with so many points left to be resolved, stating “the buck stops with us” and should not be delegated to staff. Khan initially seemed to agree, but ultimately moved to give final approval with the proviso that the Toscana deal must be at least as favorable to the City as the Royce deal. Kim seconded and the motion passed.

DISCLAIMER: At the Council meeting, the writer of this article made public comments in opposition to both proposals.