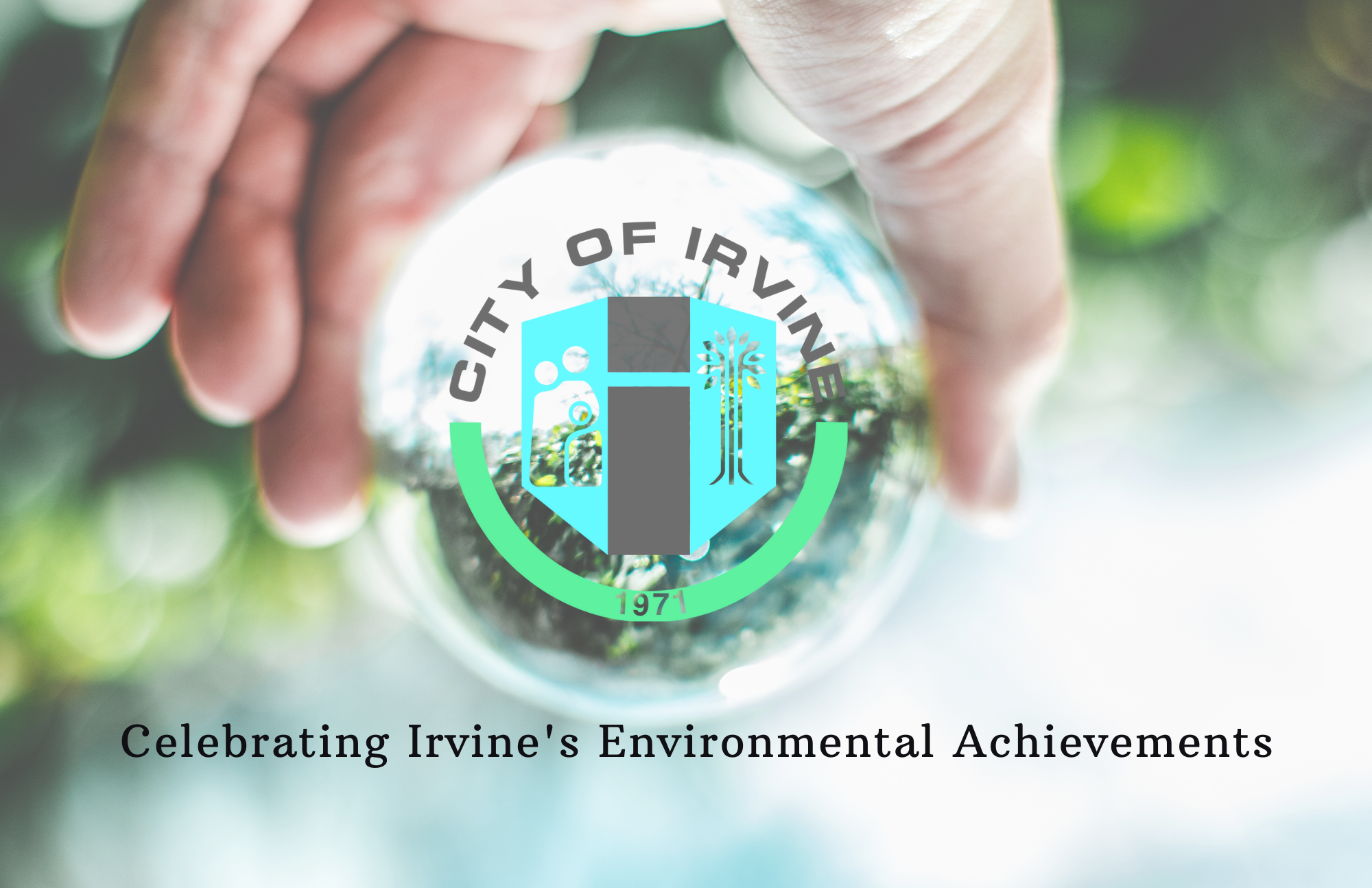 Ever wonder why Irvine is so green and lush? Did you know Irvine was recognized internationally and received a United Nations award for leading the world in banning chlorofluorocarbons?

Irvine has had a long history of environmental achievements since before the city was incorporated in 1971. Here are some milestones to celebrate as part of our shared history.

Lastly, here is perspective shared by leaders in our city’s history for our city’s 40th anniversary, of how things were and how things got done for the community as a whole.

Q: Were there a lot of volunteers who helped shape the early years?

A: Yes. Without them, we never would have gotten this started quickly. We had no city hall, no city staff, and one telephone. We didn’t even have a post office or a library. We had people who volunteered as City Treasurer and City Clerk. We encouraged volunteers to meet on their own and develop a position for the City.

Q: What is most unique about the City in this 40th Anniversary year?

A: The citizens of the City have made it what it is. Looking back over 40 years, there were no old guard, no politicians. We were all brand-new. Citizens rolled up their sleeves and donated their time and their expertise, and really made the City was it is today. While the Irvine Co.’s plans were lifted up as an example, it truly is the citizens of the City who planned this City and worked with the developer to make sure that each time there was a zone change, that the citizens got a public benefit.

This story sounds familiar to many residents and employees who arrived before, at or near the December 28, 1971 incorporation of Irvine. Like my father, many could have chosen anywhere to live. But those pioneers came for reasons then that make sense today: For the promise of a master-planned community; for the safety and the schools; for the burgeoning job base and growing university; for the open space that would allow the City to grow but not feel crowded; to find a home that, through affordable housing initiatives, allow their children choices as well. This City Council, and earlier ones, has made critical policy decisions on these quality of life issues. In doing so, the entire framework of Irvine’s plan has come into play.

Channa moved to Irvine in 1992 to attend UCI. White attending UCI, he considered a run for Irvine City Council in 1994. After graduating, he moved away but returned with his family to Irvine in 1999 and has lived here since. Channa and his wife raised two daughters through IUSD and has been an advocate for the community good over the years.