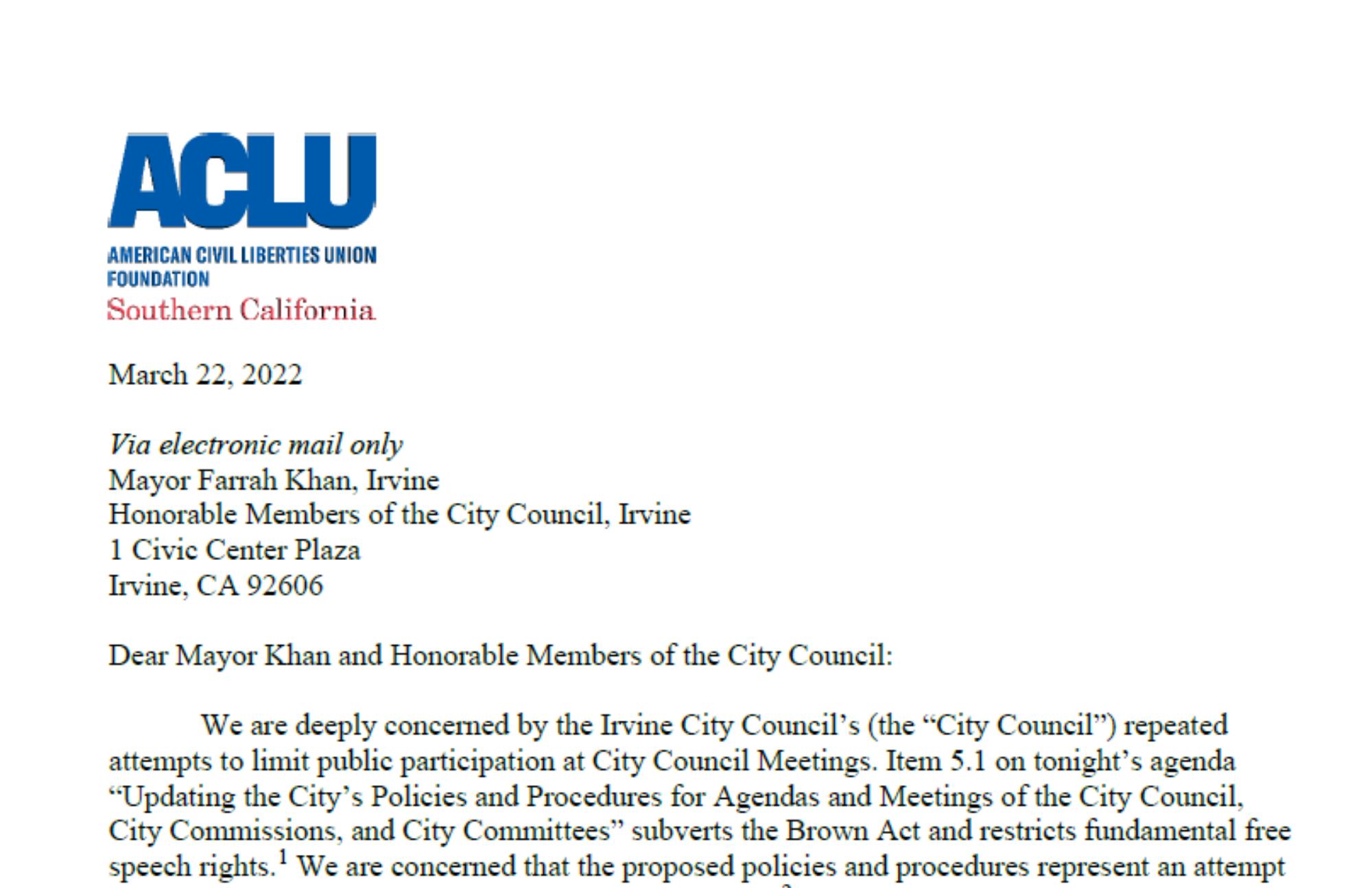 The ACLU issued a letter to the Irvine City Council regarding agenda item 5.1 which seeks to change Irvine’s policies and procedures regarding public comments.