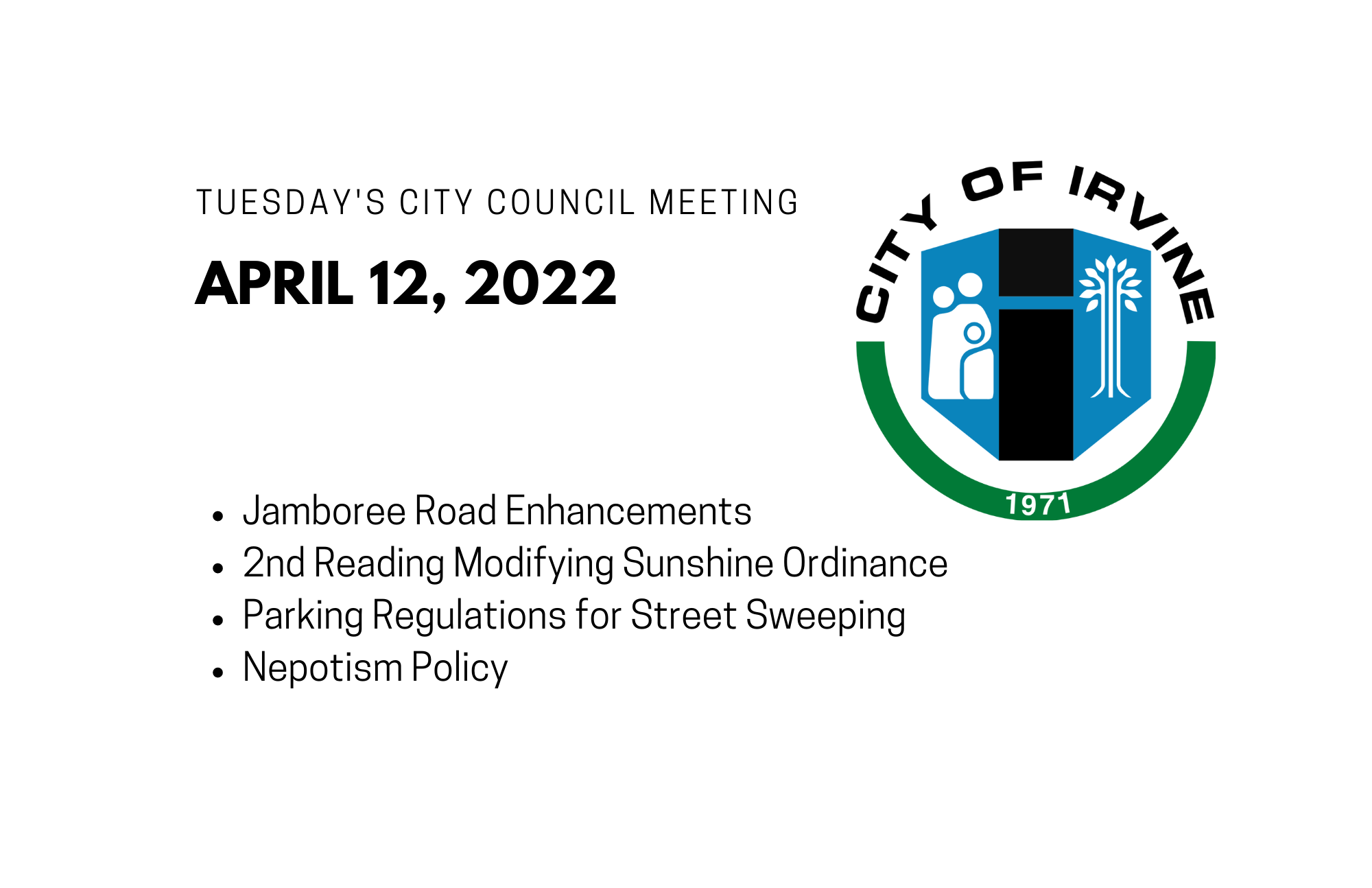 All matters listed under Consent Calendar are considered by the City Manager to be routine and will be enacted by one roll call vote. There will be no discussion of these items unless a member of the City Council or the public request specific items to be removed from the Consent Calendar for separate discussion.

Item 2.6 Adopting Amendments to the Memoranda of Understanding and Employment Resolutions

The Staff Memo reads in part,

Financial Impact: The cost of providing this benefit for one year is approximately $1,886,970.

Item 2.10 Second Reading and Adoption of Ordinance No. 22-02 Revising and Modifying The Municipal Code as It Relates to Public Meetings and Public Records

In addition to these changes, the current proposal also includes restrictions on public comments. The Staff Report for Item 2.10 reads in part,

Item 2.12 Second Reading and Adoption of Ordinance No. 22-04 Establishing Parking Regulations For The Purpose Of Street Sweeping

Note: This item will allow the city to ticket vehicles parked on the street during posted street sweeping days and times.

The staff memo reads in part,

Item 3.1 Adoption of an Ordinance of the City Council of The City Of Irvine, California, Adding Chapter 1 of Division 23 of Title 4 to the Irvine Municipal Code Establishing Rules for the Irvine Police Department’s Acquisition and Use of Military Equipment

The staff Memo reads in part,

Item 4.2 Consideration of A Request by Mayor Khan and Councilmember Kim To Explore Nepotism Policies as it Relates to the Appointments of City Commissions, Committees, and Other Similar Governing Bodies

The Staff Memo reads in part,

“Direct the City Attorney to prepare a comprehensive anti-nepotism regulation as it relates to the City Council Member appointments of commissioners, committees, and other similar governing bodies.”

How to Participate in the City Council Meeting:

Starting this meeting, all public comments will be heard at the beginning of the meeting. Members of the public are allowed 3 minutes per agenda item and 3 minutes for non-agenda items.

“Public comments on non-agendized items will be heard no sooner than 5 p.m. Any member of the public may address the City Council on items within the City Council’s subject matter jurisdiction but which are not listed on this agenda; however, no action may be taken on matters that are not part of the posted agenda.”

Public Comments: You can make you comment in person or via Zoom, email them to clerk@cityofirvine.org; or submit an e-comment at cityofirvine.org/ictv