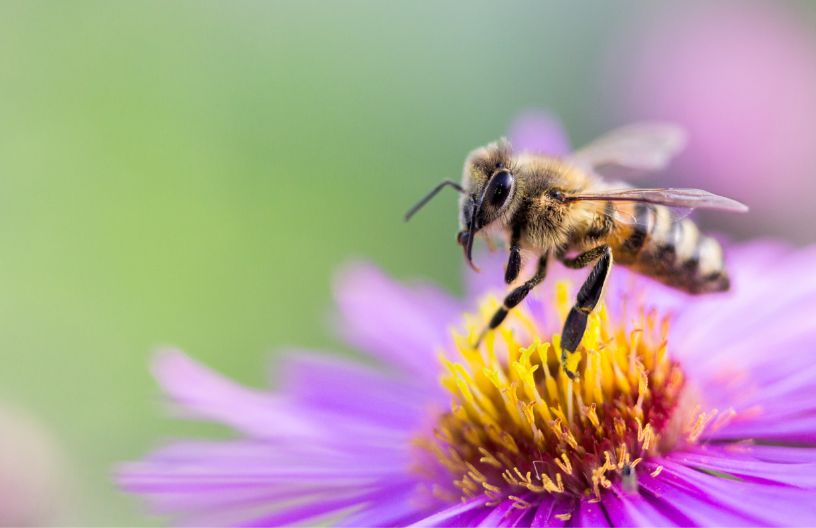 It all started about 16 years ago when I began to ask why my garden vegetables and fruit trees were failing to produce anything eatable.  After trying fertilizers, soil amendments and talking to my plants, I noticed, or didn’t notice, any bees.  While standing on the corner asking a neighbor if they noticed any bees, a bee exterminator truck whizzed down the street.  Then I saw another one.  Ah ha.  The bees are being exterminated.  I called the City of Irvine and was told “if you think you can advocate for the bees, it’s not going to happen.  We exterminate them when people complain. We don’t replace them with new bees.”  That was my call to take up the challenge.

It shall be unlawful for any person to have, keep or maintain any hive or swarm of bees within the City. {The code reads on to cite exceptions.}

Bees have existed in our agricultural community for over 250 years.  While the honeybee (apis melifera) is not native to California nor to the United States for that matter, they do play a very important role in pollination, especially in food production. Swarming is integral part of their survival and evolutionary genetics.  Per Code, if a swarm randomly lands on your property, you are violating the law!

I started to keep bees in my back yard, and expanded my “apiary” to include backyards of other people who valued the contribution the bees made to their gardens and the neighborhood.  In an article in the OC Register (July 23, 2012) my picture and story was published for all to see.  My neighbors saw this article and came over, knocked on the door, and applauded. They said their flowers and gardens were growing better than ever that year and wondered why.  Now they know – there is a beekeeper among us.

While Christina Shea was mayor, I presented the facts of the current code to the City Hall at a 3 minute open public forum.  Christina sat up and listened carefully.  So did the now current Mayor Farrah Khan.  At Khan’s swearing in ceremony, I reminded her of her enthusiasm for changing the beekeeping ordinance.  She since appointed staff, headed up by Senior Planner Justin Equina, to draft a new ordinance.

I have been a member, and once former vice-president, of the Orange County Beekeeping Association since my early beekeeping days.  In fact it is through my association with the OCBA and getting to know fellow beekeepers, that I have acquired my beekeeping skills. Borrowing on the OCBA’s success of educating other cities like Fullerton and East Vale on the importance of bees and the safety of beekeeping, I was able to educate Irvine City staff.  We provided the staff with a document called “Best of Practices” as a guide to backyard beekeeping. Through numerous Zoom calls with city planning I was able to dissuade their fears that bees are dangerous – far from it.  Having backyard beekeepers who are passionate about bees, the environment and understand the biology and socialization of bees goes a long way to help educate their neighbors and community.

At the April 26th Council meeting (item 3.2),  I argued that a fee of $300 per license and a $75/year renewal fee will only discourage beekeepers from registering their hives. Vice Mayor Anthony Kuo suggested that as an opt-in program, City Hall must be mindful of program costs and ensure that it recovers all costs incurred by the city. Councilmember Larry Agran stated as a public benefit, the City supports many programs without recovering full cost. Agran proposed lowering the fee to $25 per license, to make it more feasible for beekeepers to become licensed, but there was no support from any of the other Councilmembers.

The City Council unanimously approved the new ordinance, establishing permit processing and inspection fees for a residential accessory use such as residential beekeeping as an accessory use within residential zoning districts citywide, setting the license fee at $300 for the first year and $75/year renewal fee thereafter.

There are several other small but important points in the licensing requirements that need “adjusting.” Hopefully these items will become apparent and changes fine-tuned as the city sends out their staff to visit beekeeping sites. Nothing better than learning on the job.

Avram Grossman is a backyard beekeeper, member of the Orange County Beekeepers Association and board member of his Home Owners Association. His interest in beekeeping stems from his passion for gardening and involvement with environment awareness issues that matter most to our future – climate change. He is also an active volunteer member of the Irvine Disaster Emergency Communication (IDEC) team as a licensed amateur radio operator (KN6BMO) and proud daddy to a champion Samoyed.