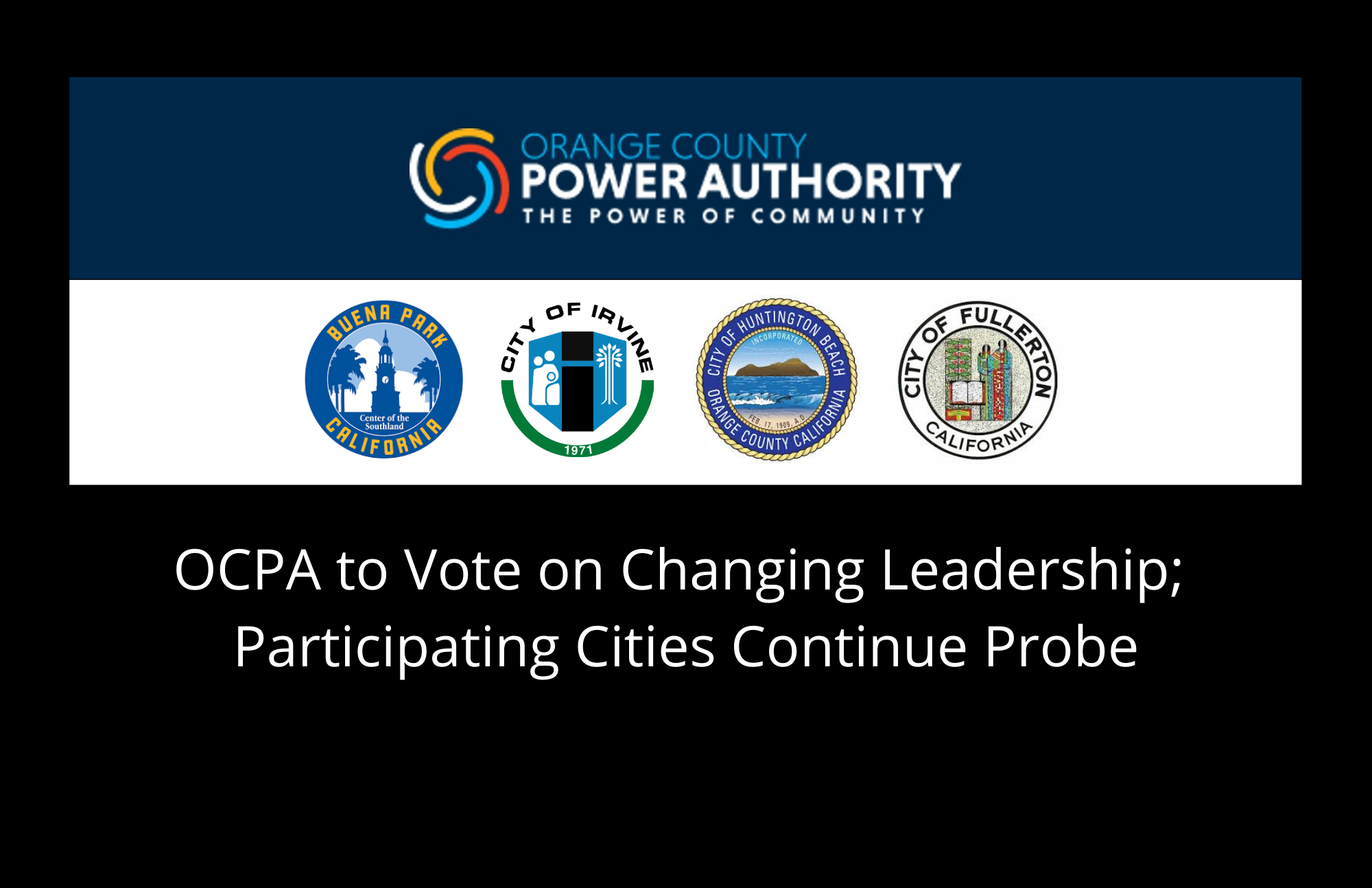 Orange County’s beleaguered clean energy agency, which was widely condemned in an OC Grand Jury (OCGJ) Report last week for hiring unqualified leadership and a cascade of other related failures, could clean house on Wednesday, June 29, 2022. Given the recent findings of the Grand Jury Report, some speculate the employees at issue are CEO Brian Probolsky and General Counsel Ryan Baron. [Read the Orange County Grand Jury Report]

The change in leadership would be welcome news among many advocates who have raised concerns over the last year regarding issues at OCPA, including planned rate increases. [Read: OCPA Plans 5.5% Rate Increase]

Buena Park Councilmember and OCPA board member Susan Sonne agendized the possible termination and new leadership items on the OCPA agenda. The items will be discussed during a closed session at the next OC Power Authority Board meeting.

Irvine will get an update on its audit of OCPA at a Special City Council meeting on Tuesday, June 28 at 2:00pm.

SoCal Edison has posted a direct comparison between their electricity rates and OCPA’s. Customers on the OCPA 100% renewable choice plan are paying 6.5 to 15.8% (average: 10%) more than the SoCal Edison base rate. See SCE and OCPA Joint Rate Comparisons.


When the participating cities (Buena Park, Huntington Beach, Fullerton, Irvine) were choosing default power mixes, OCPA claimed that their 100% renewable choice plan was only 5.7% higher than the SoCal Edison base rate for residential customers.

On June 14, 2022, Irvine approved conducting an audit of the OCPA. The same day, the City of Huntington Beach passed a vote of no confidence in CEO Brian Probolsky. Here was the agenda for the meeting.