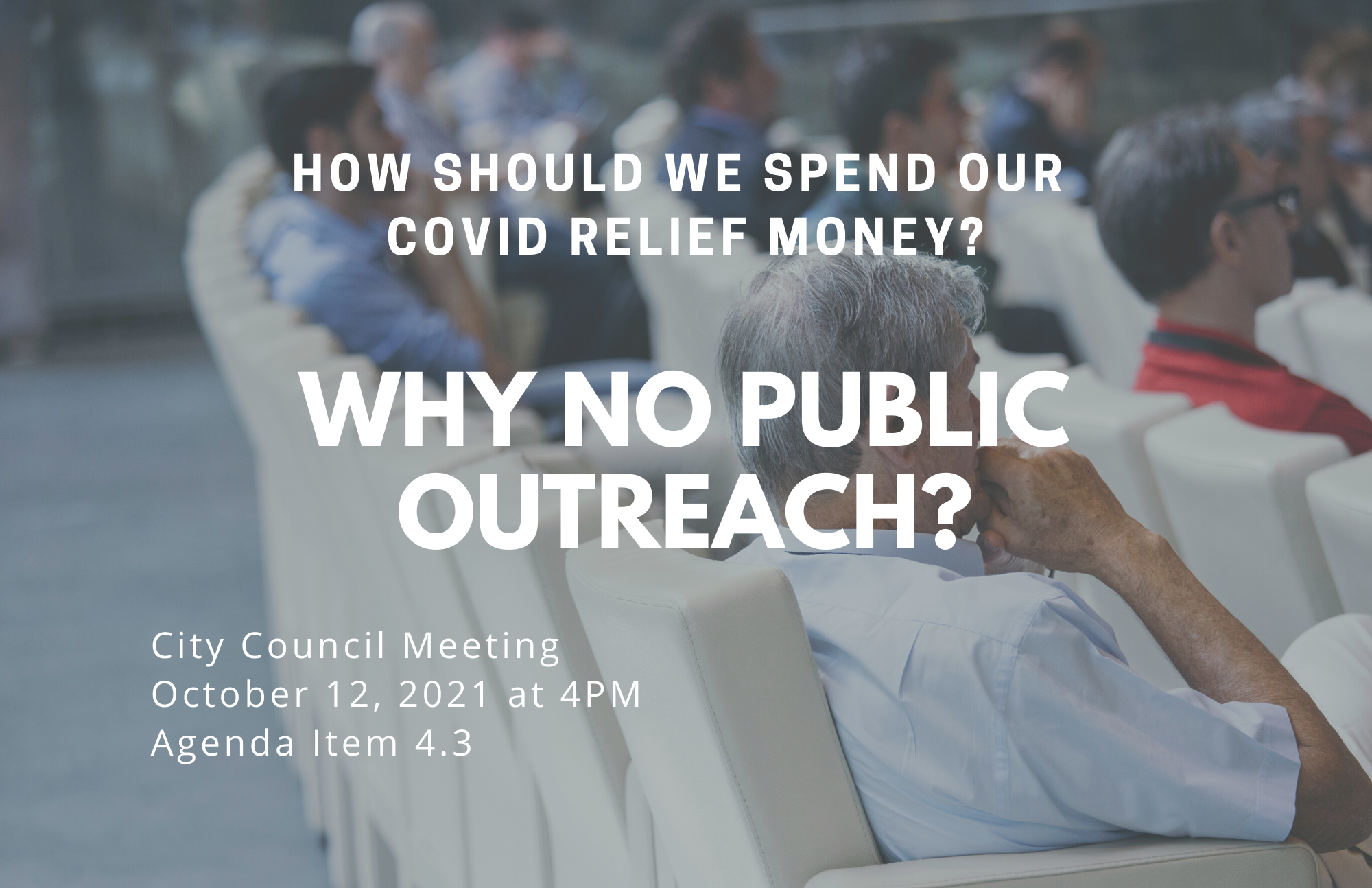 On October 12, at 4pm, Irvine City Council will receive a proposed plan for how to spend $56 million dollars in COVID-19 relief funds given to Irvine to respond to areas negatively impacted by the pandemic. However, the city of Irvine is taking almost no steps to encourage public discussion on the matter.

On September 27, the Irvine Finance Commission, chaired by John Park, held a special meeting to discuss and finalize their proposed plan to spend the funds. There was little discussion about concerns from the public. With the brief exception of an interjection by Commissioner Lauren Johnson-Norris, the Commission did not refer to, mention, or summarize most of the key concerns expressed within the 20-30 public e-comments submitted more than two hours prior to meeting. The Commission approved the plan 5-0 after no other commissioner seconded Johnson-Norris push to reallocate additional funds to the most vulnerable populations. Below is the proposed plan. A pdf copy of the proposed plan can be found here.

The October 12 City Council meeting leaves very little time for the public to become aware of the issues involved. The city, despite their many social media channels, is not advertising or notifying the public of this important agenda meeting. Furthermore, the city is not actively seeking public comments or hosting any city relief fund town halls, unlike other cities.

The contempt for transparency and public opinion by city staff and finance commission chair, Park, can even be found on a Facebook group he administers, called “Irvine Life”. Irvine Life has over 9,000 members who typically comment on a range of topics from food and events, to social causes and community concerns. Despite the Facebook page containing limitations on “political” posts, it is a common occurrence to find posts sparking robust political debate such as the one posted on September 29 calling for a halt to James A. Musick proposed jail expansion. Yet, when Irvine Watchdog’s very own Branda Lin posted in the group about the ARPA spending plan, it was quickly removed the moment commenters began expressing some concern toward the plan. Lin asked Park why her post seeking to inform the public about the ARPA money was removed, but he did not respond to her.

It’s clear the city wants to use COVID-19 relief funds for city employee bonuses and a fancy new city hall gym. The city staff and Finance Commission does not welcome scrutiny or any kind of debate over COVID-19 city relief funds. But there is still time for the public to let their voices be heard on October 12 at the City Council meeting. But will the City Council listen?