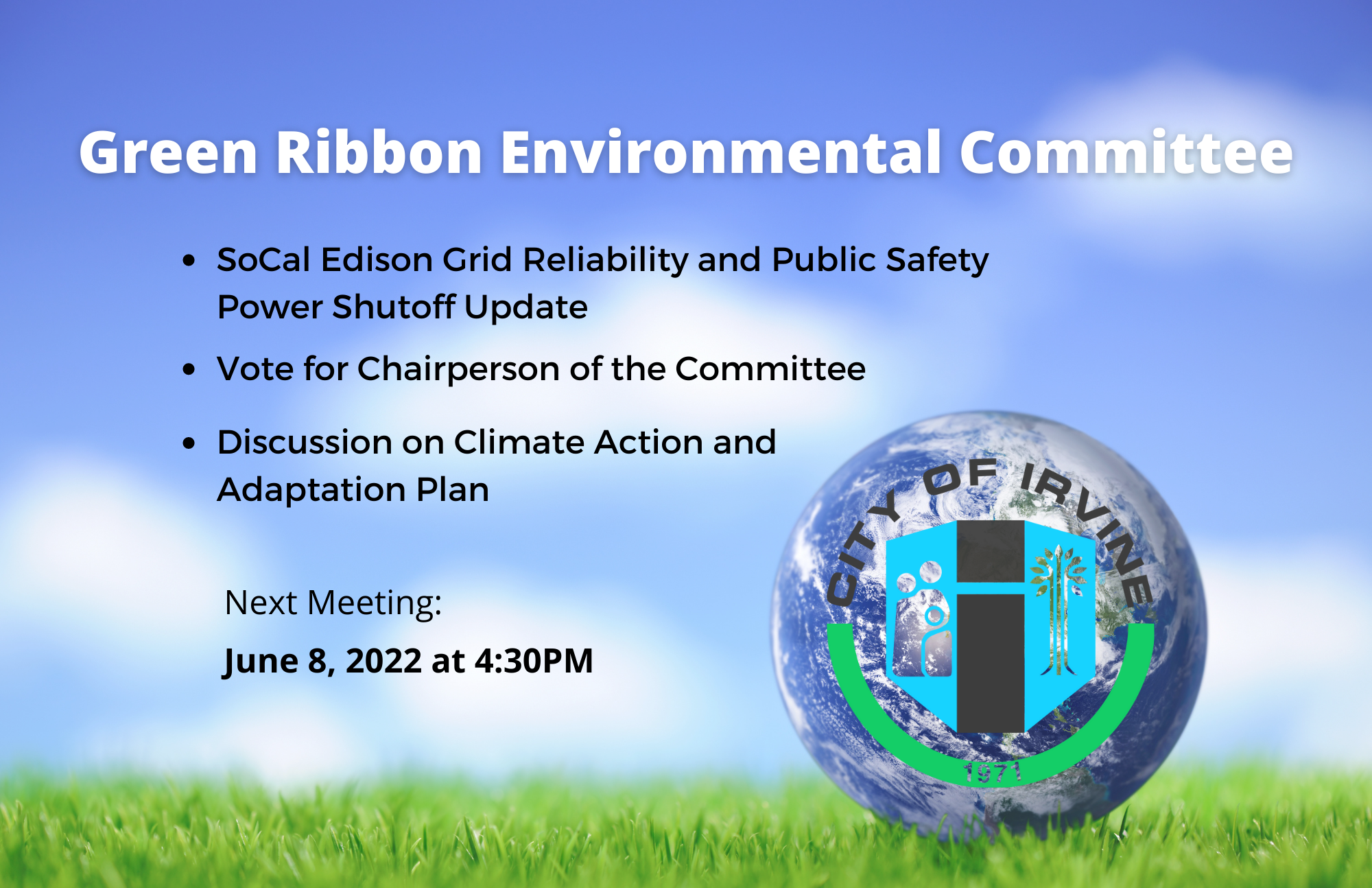 The Green Ribbon Committee will be meeting Wednesday, June 8th at 4:30PM. The meeting will start off with a presentation of the Southern California Edison grid reliability and public safety power shutoff update, followed by the third attempt to elect Chair of the Committee, and Vice Chair “if needed”. The meeting will end with a discussion of topics to be addressed in the city’s efforts to develop a Climate Action and Adaptation Plan.

Background on Election of Chairperson

At the February 9, 2022 meeting, the Committee elected Senait Forthal to serve another term as Vice Chair, while the election for Chairperson resulted in a tie between Mayor Farrah Khan and UCI Professor and Irvine City Council candidate Dr. Kathleen Treseder.

A majority vote is needed to elect the position of Chair.

Another vote for Chairperson was attempted at the April 13th meeting. City Manager Oliver Chi along with Interim Director of Public Works Jaimee Bourgeous, made an out of the ordinary appearance at the April meeting. Chi started off with a presentation emphasizing the importance of the Committee and its work, stated conflicts distract from the overall goal of the committee, and suggested that candidates for City Council should not run for the Chair of this committee.

After Chi’s presentation, Councilmember Tammy Kim nominated Senait Forthal as Chair. However, Forthal had already been voted in as Vice Chair at the February meeting, which the Committee decided to uphold.

Kim simultaneously nominated her appointee to the Green Ribbon Committee, Steve Allison, as Vice Chair. During the lengthy discussion on how to proceed, two voting members needed to leave and therefore the Committee decided to table the vote until the June 8th meeting.

The City is currently working with a consultant team, Ascent Environmental, Inc., to develop the CAAP. The consultant team has prepared a greenhouse gas emissions inventory, emissions forecast, and assessments on Zero Emission Vehicle and Distributed Energy Resource plans. The below Fact Sheet summarizes the purpose of the CAAP, the areas that will be reviewed in the climate plan, and a project timeline.

The Green Ribbon Environmental Committee has not published meeting Minutes since August 2021. The city’s website shows the following:

The agenda is available here.

To join the webinar via Zoom click here.
Passcode: 234748